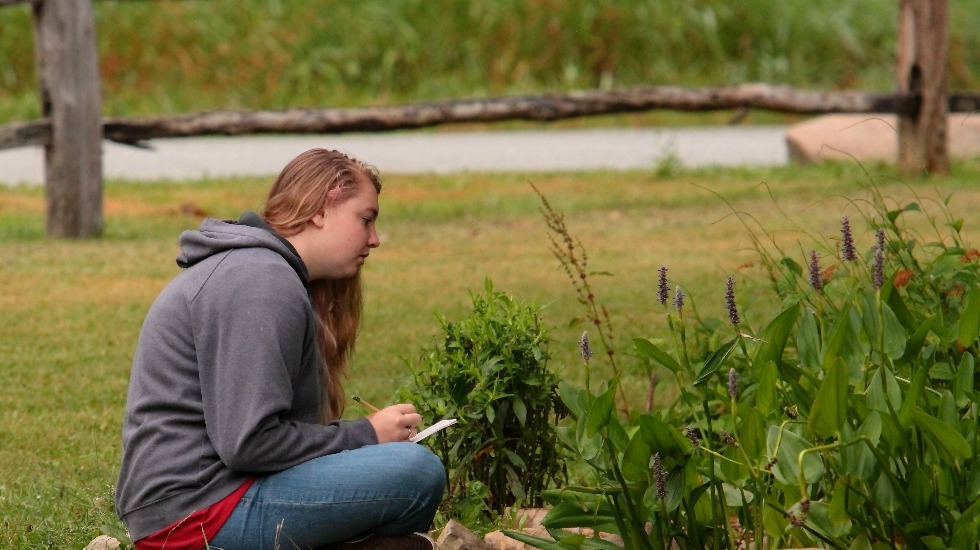 Reports from the Field: Pennsylvania Bucktails 2013

A report from Jackie R., an Academy Apprentice, about the 2013 Bucktails field school.

The Wildlife Leadership Academy PA Bucktails field school is upon us again. The cadets have been working intently, instructors have been teaching passionately, and knowledge is flowing through the minds of all in attendance. I  am privileged to once again be a part of this intensive wildlife conservation academy, no doubt the best of its kind. Although my years as a student no longer exist, the program has not ceased to develop and inspire me. As I observe and assist the new students of 2013, my mind flashes back to when I first learned the difference between a White Pine and an Eastern Hemlock and to when I first mustered up the strength to fire a shotgun at my first field school in 2010.

Since the year 2007 the program has continuously developed ambassadors for wildlife conservation and this year is no exception.

This very week, as the torch of inspiration is passed to a new group of students, the driving force for the preservation and conservation of natural resources will gain 18 new members.

Reports from the Field: Nature Journaling

As a part of their outreach after the field school, Academy youth are encouraged to continue the nature journaling they begin at field school.  This is a journal entry from one of our students.

March 10, 2013 – I was lying on the trampoline in my back yard at 10 or 11 pm, to listen to the night sounds. I was listening to a shrill  electric shriek which I later found out was a night hawk.  After a few minutes, a large dark owl, which I later found out to be a Great Horned Owl, flew soundlessly over my head and landed on a nearby tree branch.  I was intrigued and stared at it for a few minutes.  Then came a low, booming owl cry, hooh-h-hooo, hoo, hoo that send chills down my spine.  I listened to this duet between the Nighthawk and the owl for a few more minutes, then went back inside.

Just Around the Corner

In spite of the recent snow, I find myself eager for spring’s arrival. Although the winter weather has cooperated, providing enough snow for skiing and ice for hockey, I am excited at the prospect of new opportunities that the warmer months of spring have to offer.

After recently hiking in the Michaux State Forest, I observed many signs of the wild turkey. No matter where I walked, their tracks and evidence of feeding surrounded me. Massive chunks of snowy land had been scratched down to the bare soil. Mother Nature had been kind enough to leave an abundance of excess acorns resting on the forest floor and the turkeys took full advantage of her courteous favor. Judging by the extent of scratching and quantity of tracks, it should make for an interesting Spring Gobbler Season. I’m excited for the opportunity to chase down a dandy long-beard on a cool dewy morning in May.

Soon the PA Fish and Boat Commission will begin stocking southern streams with beautiful Brook and Rainbow Trout and anglers will flock to the water like the turkeys flocking to acorns. Whether along the bank or standing on the smooth slippery rocks in the middle of the water, I yearn to hear the swift falling of the water and the roar of the raging tide, as it spills over into a calm deep hole infested with fish.

This is what spring is all about: Finding joy in new opportunities and discovering the beauty and calmness of our natural resources.

Reports from the Field: Bird Banding

As a part of their outreach after the field school, Academy youth participate in outreach in the areas of education, service work, media engagement, and the creative arts.  Reports from the Field are reports from the youth on those experiences.  In this blog, student Brett reports on his experience assisting during bird banding.

On August 16th, 2012, I went bird banding in the Allegheny National Forest near Warren, PA.  I worked with Emily Thomas, a Wildlife Biologist for the Department of Forestry. Our day started at 5:00 AM. Emily also had a student from Penn State working with her. We drove to a clear cut area where we began setting up the nets. We set up approximately 6 nets. Every hour we would check these nets to see if we had captured any birds.

When birds were caught in the nets, they were then put into a bag and taken back to the truck for examination. The following items were checked:

A band was then placed on the birds before we released them. We did this process until about Noon. Most birds were caught early in the morning.

By banding birds, they hope to get additional information/share information about the movement and general health of the birds.

Know a teenager like Brett who is interested in getting more involved?  The Wildlife Leadership Academy is a great place to start! The 2013 summer field school applications are now available.  The deadline for youth to apply is April 1. It’s an experience they will never forget!

On Bats in January

Recently, I embarked on an after-school hike at Caledonia State Park. Despite the below freezing temperatures the previous day, the thermometer held steady at 65 degrees. Tiny remnants of ice lay sporadically throughout the trail, but otherwise Mother Nature provided no indication that winter happens to be the current season.

These woods gave an impression of a cool summer evening, just after a steady rain; not the end of January.

The forest floor erupted as the bright sun poked through the clouds, and I almost expected to see a red/orange colored whitetail and her fawn emerge from the brush along the trail.

Instead, I witnessed a peculiar creature bouncing through the air ahead of us. Hurriedly flapping its wings, it navigated above our heads, appearing to be in a rush, but going nowhere. There was no mistaking its distinctive flight. A large bat was flying before my eyes…on January 28th. For a moment a summer sensation crept into my mind, but then a wave of disappointment overtook me. I could think of only one reason why this should-be-hibernating bat is currently active: white-nose syndrome, which has claimed the lives of millions, has struck yet another individual. Disturbing their natural winter coma the disease causes bats to emerge from their hibernacula too early, and therefore the mammals exhaust necessary fat reserves or freeze to death.

I arrived home disappointed that the only creature I observed, was more than likely diseased. However, I researched this rare occurrence and found that it is actually not so rare. Bats are known to become active during warm spells of winter in order to search for a quick snack. In fact Big Brown Bats are the most likely species to venture out of their hibernaculum in the winter.

So, for the future of conservation and the sake of the wildlife resource, I hope the bat voluntarily awakened from hibernation to take advantage of the abnormally warm temperature. I pray it is resistant to WNS and serves as a symbol of hope for the future of these furry winged mammals.