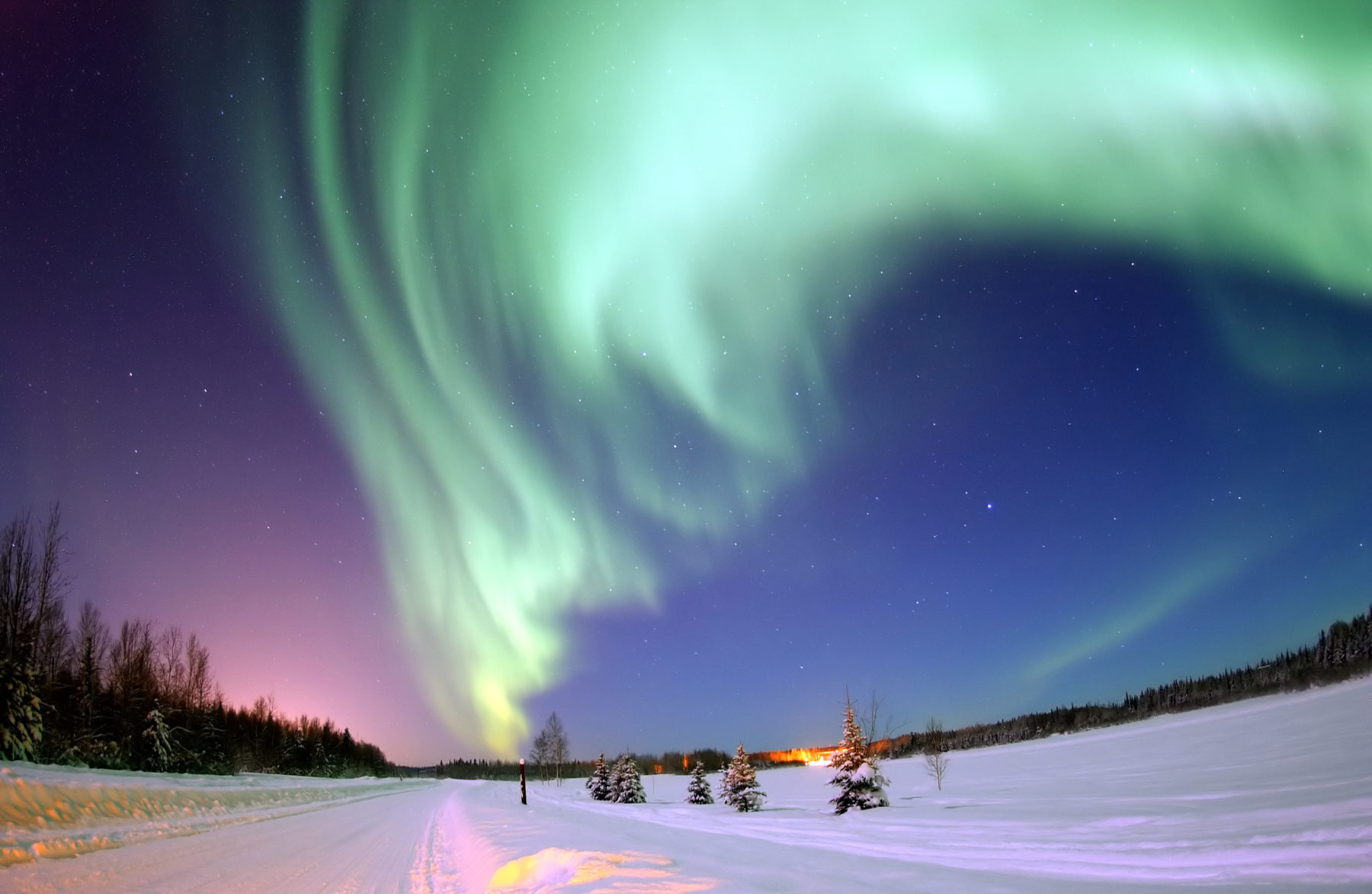 This week’s blog was written by Laura M, a Bass alumni. She shares the causes of auroras and their stunning beauty.

The Aurora Borealis, or the Aurora Australis in the south, is absolutely stunning. It is amazing to look out of the window of an airplane and see an ocean of green on one side and pink on the other. This intriguing phenomenon may seem like magic; however, it is natural and has a unique cause.

Auroras are caused when gas particles collide with charged particles released by the sun. Charged particles are released by the sun through coronal holes or sunspots. When the particles collide with particles in Earth’s atmosphere, they release light. Different colors of light are created by different types of particles. The most common color, green, is caused by oxygen at an altitude of about 60 miles. Red is caused by oxygen about 200 miles above Earth, and nitrogen causes blue and purple colors.

The best place to view this phenomenon is as close to Earth’s magnetic poles as possible because that is where the events happen. Auroras occur near the poles because that is where the magnetic field is the weakest. Near the equator where the magnetic field is stronger, particles from the sun are repelled. However, at the poles, particles from the sun can enter the atmosphere. Since it is much easier to get closer to the north pole than it is the south pole, it is a more suitable option to view it in northern countries such as Canada and Europe.

In general, the best times to view Auroras is during winter. There are longer nights and clear nights happen more frequently. Best viewing times are between 10:00 P.M. and 2:00 A.M. The intensity of the events also follows a solar cycle where the sun has periods of higher output and lower output, called solar maximum and solar minimum. The next solar maximum is predicted to be during 2023-2026. So, if you are ever way up north, go outside at night and look for these beautiful light displays.

The photos used in this blog were sourced from the creative commons on the internet! You can view them by clicking here and here.

← Who Wants to Learn about Owls?
The Need for Conservation →