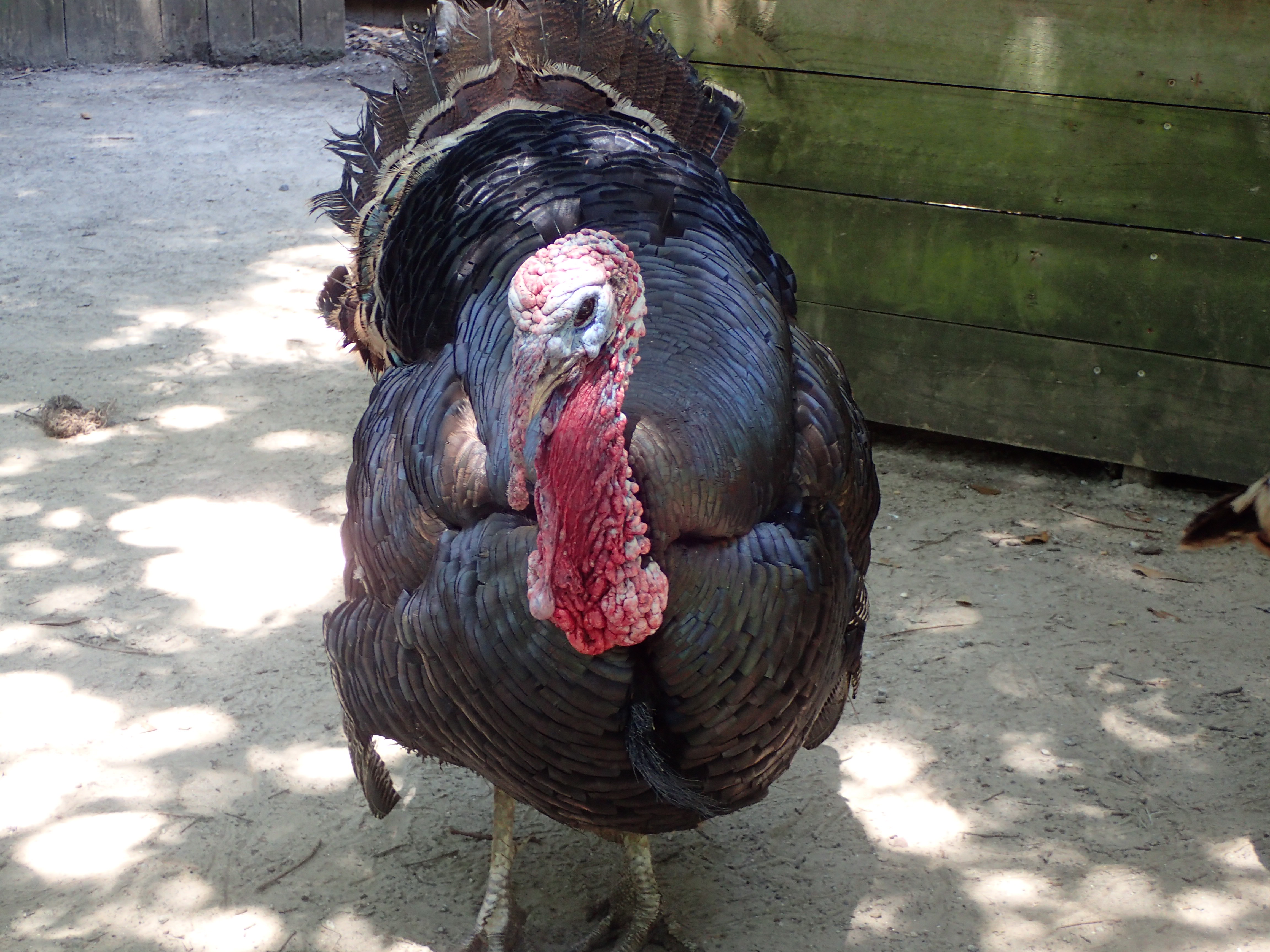 This week’s blog post is just in time for the holidays, and is written by Cavan, a monthly blog correspondent and Brookies alumni.  He gives us all the fun facts about turkeys, keeping us informed about the bird creating the flap behind “Turkey Day!”

Thanksgiving is right around the corner and I can’t think of a better time to break out the fun facts about turkeys!  These are great tidbits to share at the dinner table to show off your trivia knowledge with family and friends.  Most importantly, though, learning about turkeys makes us appreciate them even more in the wilderness as an important part of the Pennsylvania landscape.

Male turkeys are called ‘gobblers’ and the females are ‘hens.’  It’s fairly easy to tell the gender of a turkey because gobblers, on average, are between sixteen and twenty-two pounds, with sharp spurs on their legs for fighting and beards of shiny feathers that can be up to a foot long.  Meanwhile the hens are much smaller, typically around ten pounds, with duller feather coloring as a natural camouflage.  Both genders sport a snood, which looks like a dangly attachment on the face, and the well-known red wattle just under the beak.   Oddly enough, one of the best ways to tell the gender of a turkey is to look at its excrement: gobblers create spiral shaped feces, while the hens create ‘J’ shaped bowel movements.

Probably one of the most important traits for the Eastern Wild Turkey around this time of year is its ability to see and hear well.  They have developed these traits over time to find food and avoid predators.  When predators are around, turkeys can run up to 25 miles an hour while flying even faster at 55 miles per hour! Despite these impressive speeds, due to overhunting, by the early 1900s, only about 30,000 remained.  Thanks to conservation and repopulation efforts, there are now over seven million turkeys in North America.

So, this year, when your family gathers for Thanksgiving, spread a little information about a Pennsylvania treasure, the Eastern Wild Turkey.  While you’re at it, be sure to correct the old rumor that Benjamin Franklin recommended the turkey as the national bird for the United States of America.  Even though that never happened, he did believe that it was “a much more respectable bird” than the bald eagle.  Above all, have a great Thanksgiving Day and, for those of you who enjoy hunting, stay safe!

← That Time of Year…
My Cactus Bert →