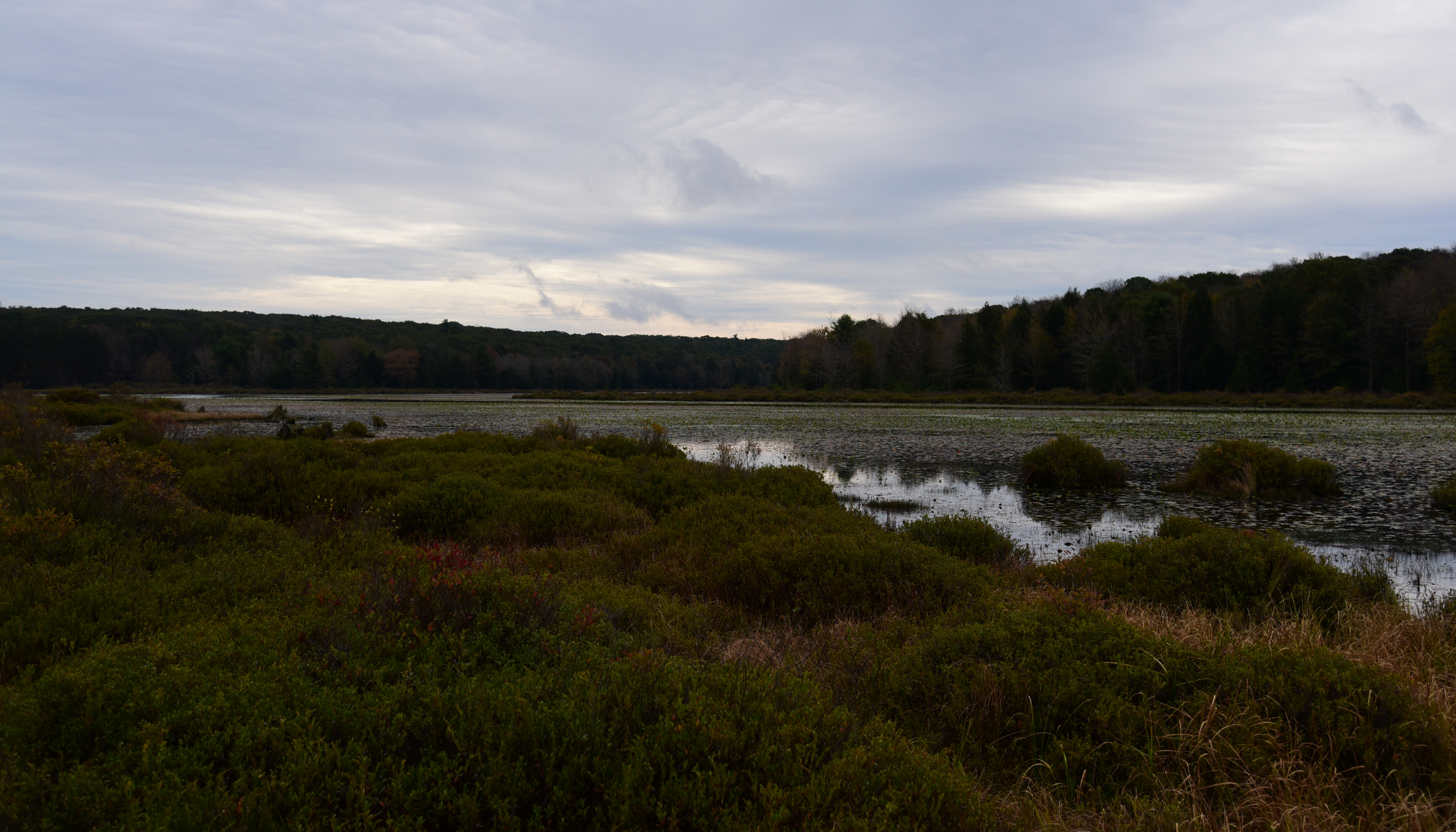 This week’s Blog was written by Devin G., a Bucktails Alumni! He describes Black Moshannon State Park, and how it was saved after extreme logging devastated the area.

Nestled deep within the forests of central Pennsylvania, only half an hour away from State College, exists a natural wonder safe from the hustle and bustle of the modern world. This haven; a pristine place for wildlife, unique plants, and adventurous people; is Black Moshannon State Park.

Surrounded by more than 43,000 acres of the Moshannon State Forest, the park covers 3,394 acres of forests and wetlands and conserves extraordinary natural environments. According to local tradition, American Indians called this watershed “Moss-Hanne,” meaning “moose stream,” thus the origin of the park’s name. The “black” in the park name describes its lake’s tea-colored waters. The Black Moshannon Lake is fed by clear springs and small streams which flow through the bogs that stretch in most directions from its shores. As the clear water flows through sphagnum moss and other wetland plants, it becomes colored by plant tannins. In a sense, the bog vegetation acts like a giant teabag to color the water.

The history of Black Moshannon is an interesting story of environmental resurgence. Used as hunting and fishing grounds for the Seneca tribe, the park was acquired by the British in the 1768 Treaty of Fort Stanwick. Later, after the American Revolution, loggers harvested the timber in the area, temporarily sating the growing nation’s need for lumber. But, like all things, the prosperity did not last; within a few decades the boom was over and as the lumber left the park, so did the loggers, leaving a desolate landscape plagued by wildfires and erosion.

The park’s salvation came during one of the most testing times in American history; the Great Depression. To combat unemployment, President Franklin D. Roosevelt created the Civilian Conservation Corps in 1933 which recruited young men to restore the park. Over 200 men moved in and began the work of conserving soil, water, and timber in the area. They cut roads through the developing forest to aid in fighting the wildfires that sprang up and planted many acres of Red Pines as part of the reforestation effort.

Without the help of the CCC, Black Moshannon may have remained a barren wasteland, the result of unsustainable timber harvesting. Luckily, the once derelict landscape was transformed into a lush environment full of a wide variety of life. From carnivorous plants like the pitcher plant or sundew to sphagnum moss which creates a layer of peat at the bottom of the bog, the wetland ecosystem supports several uncommon plant species. The park also provides a habitat for animals as small as flying squirrels to the largest animals native to Pennsylvania; black bears. Raptors, waterfowl, songbirds, woodpeckers, and even migratory shorebirds come to the park, utilizing its resources.

Black Moshannon is home to great biodiversity, making it a refuge for many specialized species of both plants and animals. The point of this whole post is that even a relatively small area has a large impact on the plants and animals that live within it. And, although it may go unnoticed, it goes through struggles and faces hardships, usually at the hands of people. What’s important is that we right those wrongs, doing our bests to reverse the harmful effects that we have had on these safe natural sanctuaries, because if we don’t we risk losing them forever.