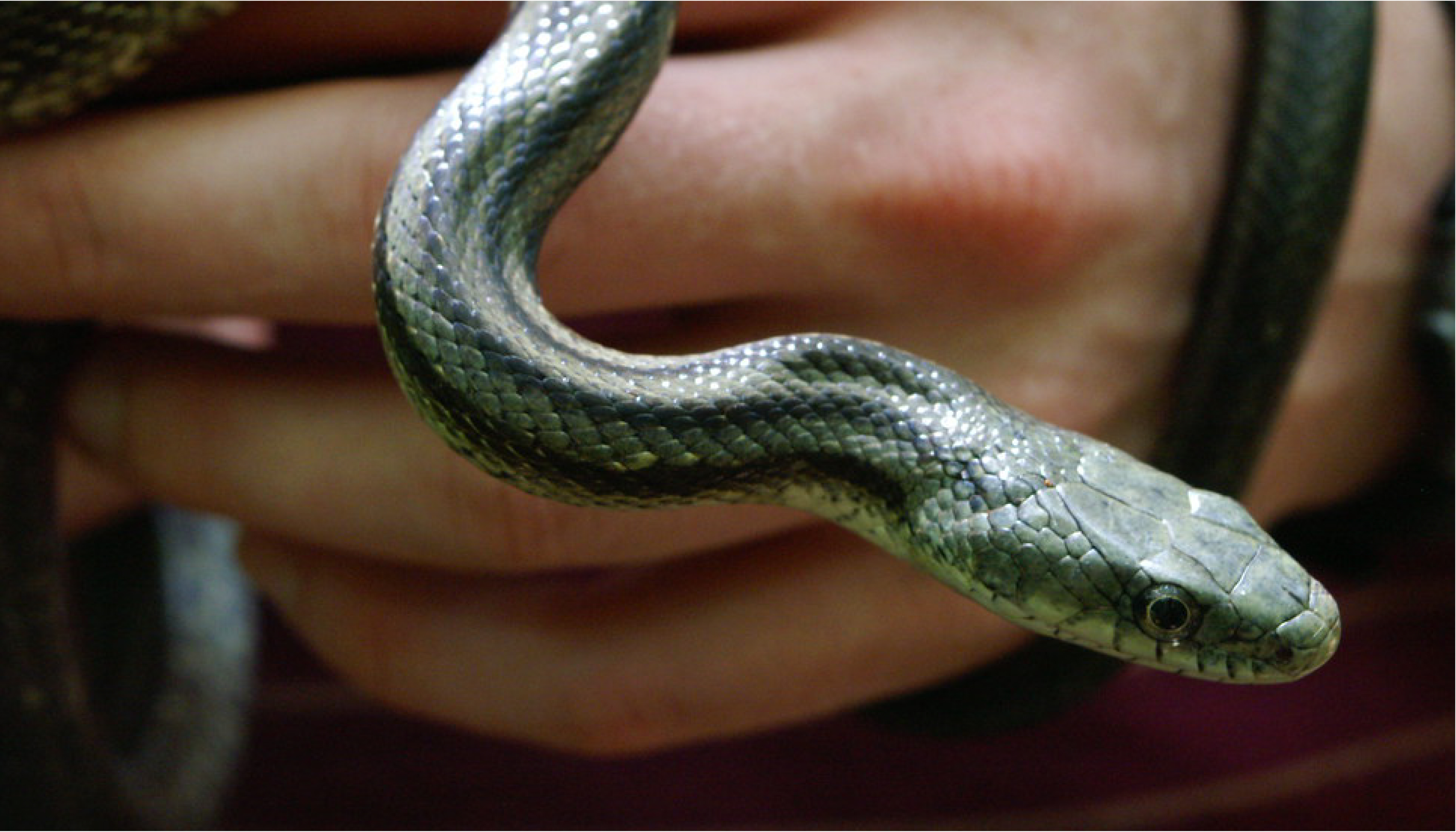 This week’s Blog Post was written by Carter W., a Brookies Alumni! He writes about a few of the most common reptiles in PA, as well as locations where you can try to spot them this summer!

Reptiles are mysterious and evading creatures. They are usually the animals’ people don’t see when taking a nature walk. It is not the fact that reptiles are not there, but more so the observations of the individual. Many people who search for reptiles do no look in the right places. Reptiles can be observed in nature, some quite easily if you know where to look for them. In the following paragraphs, I will talk about a few reptiles that are native to Pennsylvania, ones which can be easily seen out on a nature walk or hiking trip.

The Eastern Rat snake (Pantherophis alleghaniensis) will start this group of native reptiles. The Eastern Rat snake is one of the most commonly encountered snakes in Pennsylvania. They tend to creep onto human turf, that is, into barns, garages, sheds, and sometimes even houses. The Eastern Rat snake is generally looking for its two favorite prey items: rodents and eggs. These snakes are active hunters, seeking out their prey rather than letting it come to them. To spot an Eastern Rat snake on a nature walk, a hiking trip, or maybe even a walk around your house, look for places where they could bask in the sun such as rocks or up in trees, and look around places that may house their favorite foods items like birdhouses and fallen logs on the forest floor. You will often encounter Eastern Rat snakes just slithering or lying across a walking path, going to hunt or just soaking up some of the sun’s heatwaves.

The last native reptile of this group is the Common Five Lined Skink (Plestiodon fasciatus). As their name suggests the Common Five Lined Skink is one of the most common lizards in Pennsylvania. They are small lizards ranging between five and seven inches as adults, and they are a coal color with five white lines running down their back. Common Five Lined Skinks can be found in a multitude of places, such as in leaf litter, under fallen logs, on top of rock piles and tree stumps, and in sparely grassed areas. Because they are sun-loving, they also like to sit in the sun and bask, which makes most of these place an ideal oasis for them. Leaf litter is where they find their favorite food, arthropods, and fallen logs provide shelter for them from predators. The Common Five Lined Skink may take a little more effort, than the previous reptiles, to find, but are still very common if you are looking in the right places.

Even though I only listed three of the most common reptiles of Pennsylvania, there are many more species out in nature to observe. Some are much harder to find and less numerous than the species that I have described here, but with enough effort and commitment, any of the reptiles in Pennsylvania can be found. It is simply the art of observing and finding these animals that an individual must develop to see reptiles out in nature.

The photos used in this blog were sourced from Flickr Creative Commons, the original was taken by Patrick Randall and can be viewed here.

← A Hidden Gem
Food for the Trail →