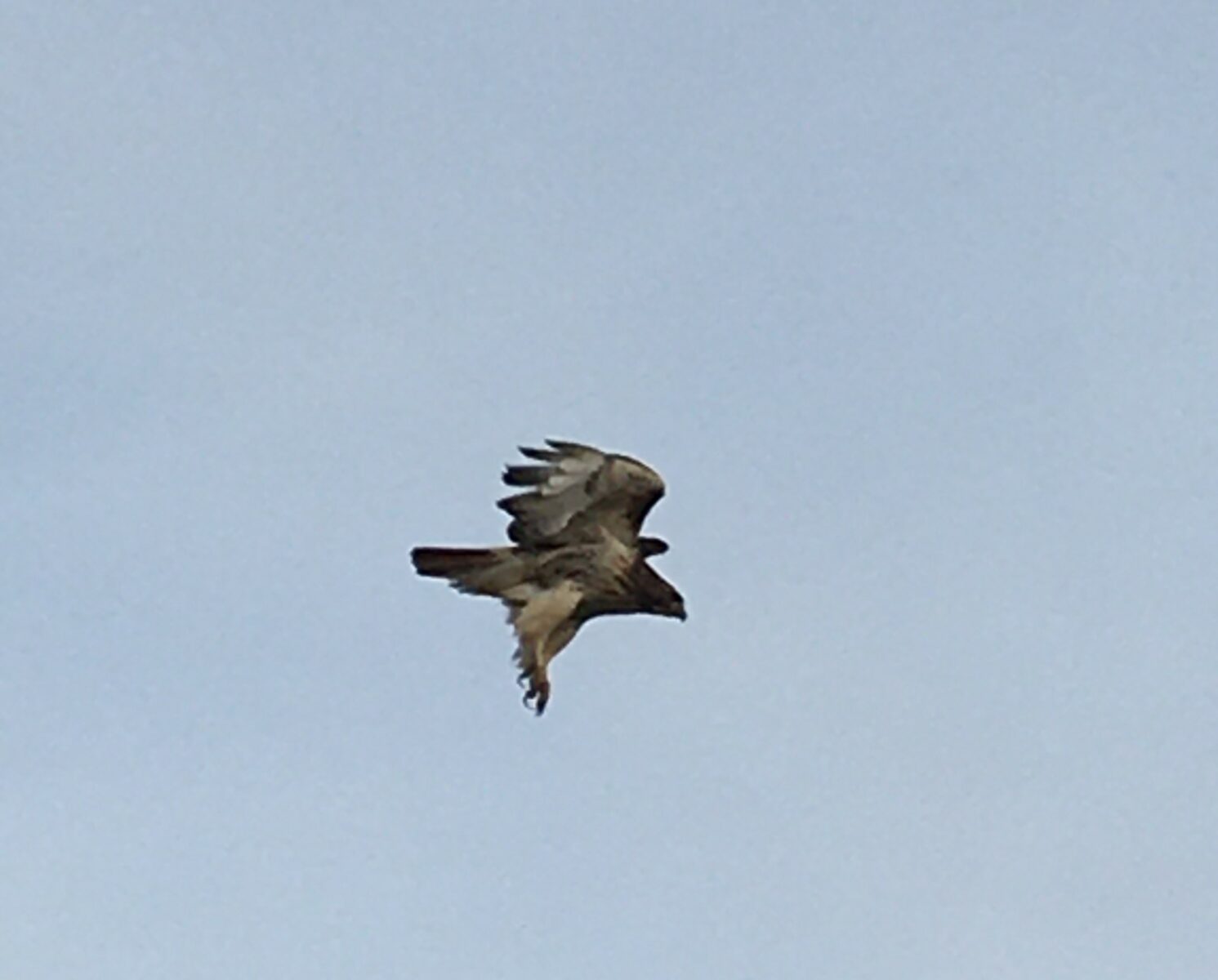 This week’s blog was written by Sierra R., a Bass alumni. She attended the Wildlife Leadership Academy this summer because it looked like a good opportunity to further her education and to give her a deeper look into different career fields. Sierra’s hobbies include hiking, nature journaling, Girl Scouts, and theater.

One December afternoon, as I was walking off my bus, I spotted a large brown and white bird. I could tell it was a bird of prey by its size and shape. On the other wire was another exactly like it. Once I knew I was in a safe area away from the road, I got some quick pictures.

Later, with help from people on Facebook, I identified the birds as red-tailed hawks. It was not the first time I had seen one; However, it was the first time I had seen one in the winter. As it turns out, red tail hawks are partially migratory, meaning while some very northern birds (red tail hawks living in Alaska, Canada, and the Northern Great Plains) migrate further south for the winter, most red tail hawks will stay where they are. After discovering this fact, I decided to look a bit more into this intriguing bird of prey.

While most red-tailed hawks are chocolate brown on top with a pale belly and light-cinnamon-colored tail, they are not always the same color and have multiple color morphs. For example, Dark morphs have a chocolate color with a warmer red tail, while Rufous morphs are reddish-brown on the chest with a darker belly. Morphs vary by region and habitat.

The red-tailed hawk diet also varies by habitat but, for the most part, consists of rodents such as voles, squirrels, and rats. They also eat other birds and reptiles, such as snakes. When they hunt, they like to perch or fly over open fields so they can easily pick out their prey. Hawks have extraordinary eyesight and can spot a small mammal, such as a mouse, from roughly 100 feet away. However, this sharp eyesight is only built for daylight and dusk hours. Once the sun is fully gone, their eyesight becomes sub-par, making them vulnerable. For this reason, hawks never fly at night and will stay perched until twilight.

Red-tail hawks are amazing birds, and there’s a lot to these solitary predators. You can spot them along highways, roadsides, valleys, or any large field. I hope to see the two I saw in December again. Until then, I’ll keep my eyes open.