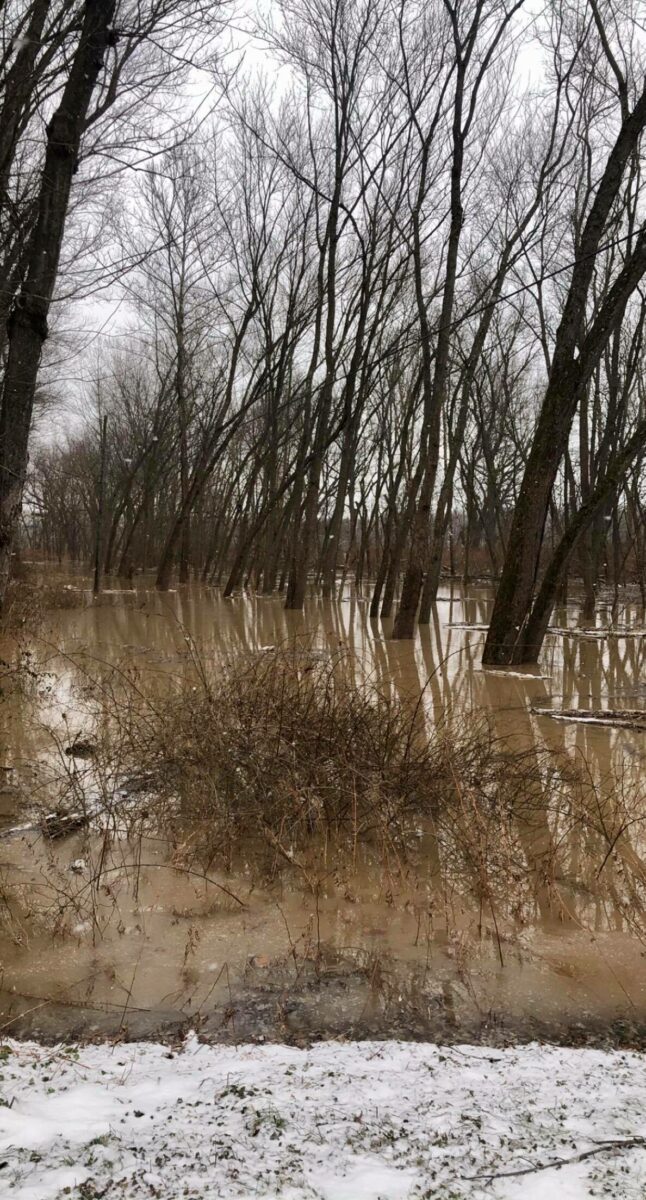 This week’s blog was written by Allie F., a Bucktails alumni. Allie is a high school sophomore who plans to pursue a career in medicine. She decided to attend the Wildlife Leadership Academy due to her interest in biology and nature. In her spare time, she enjoys music, dance, and hunting.

Floods are a very hazardous natural occurrence that can be harmful to people, infrastructures, and even the environment. Recently, my town experienced a small flood. Prior to a large rainfall, we received 18 inches of snow. When the snow began to melt, in combination with rain, water levels of creeks and rivers rose, causing flooding. Some surrounding towns even had to send out an evacuation order due to high water levels. While some effects of flooding are very apparent, I wanted to investigate some of the less obvious dangers.

When water floods, it can loosen topsoil around trees and brush. This reveals the underlying roots, weakening the structure of plants. Having their roots revealed also makes trees more vulnerable to diseases. Flood water can also become contaminated with dirt, mud, and sediment, which deprives the water of oxygen. When roots become covered with this water, the plant can suffocate from the lack of oxygen. The sediment can be especially harmful to young saplings.

The dangerous effects of floods also can harm animals. Floodwaters can destroy the food sources of many land animals when fields are covered by water. The water can also carry pesticides and other dangerous materials that can harm animal’s health. Domestic animals can also face a lot of harm, especially if they are in a confined area. Rising water levels can be extremely dangerous when the animal is unable to escape due to fencing.

Dams, levees, and floodwalls are some of the methods to help control water levels to protect people and property. There are, however, less obvious side effects from these natural occurrences that should also be considered.