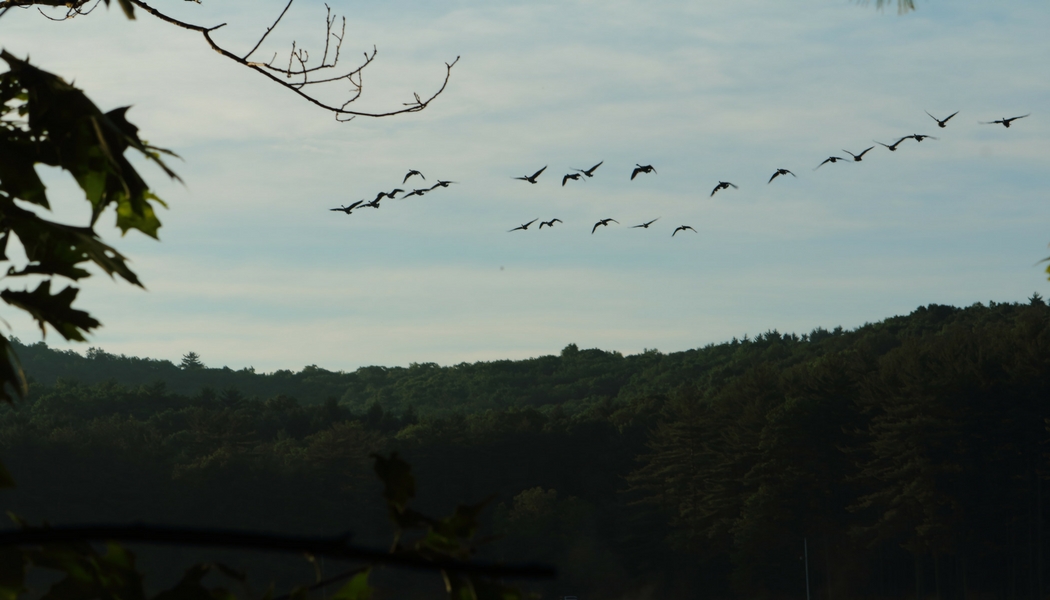 This week’s blog is written by Hannah, a Bucktails, Brookies, and Drummers alumni, and long-time Monthly Correspondent.  She writes about a topic we don’t think about often when considering air travel: that we are sharing the friendly skies with our avian neighbors, and need to account for being in their airspace when we fly.

Birds, like many other organisms, live around airports and travel the friendly skies.  Due to the birds living there, they frequently fly into the air space of planes.   The Federal Aviation Administration (FAA) has studied bird/plane collisions and they estimate $400 million dollars are spent every year in the United States’ airports to control bird populations.  These activities include building fences, trimming landscape, covering trash bins, installing commercial bird-control systems, training dogs, and buying ammunition.  Some biologists are actually hired in an attempt to limit the amount of bird/plane crashes.  They study bird DNA sequencing through dead carcasses to see what the birds are eating in an effort to control the bugs, mice, and other items that would decrease bird populations if handled.  Airports will never be 100% clear of bird/plane crashes, but they are trying their best to keep bird populations down.

An example of birds causing a plane crash is the US Airways Flight 1549. On the morning of January 15, 2009, Flight 1549 was struck by a flock of geese which took out both the plane’s engines. From when the geese made contact with the plane, to when Captain Sully decided he was not able to make it back to the airport, 208 seconds passed. He made a decision that he would perform a controlled landing on the Hudson River. Captain Sully and his co-pilot managed to land the plane and get all 155 passengers off the plane safely. No one was lost in this plane crash. Unfortunately, not all crashes turn out this way. Perhaps you’ve recently seen the movie “Sully”, and have a new understanding of this problem.

Often in the field of conservation, we think of “saving” a species. However, this is a good example of management techniques that need to be engaged for the preservation of the species (birds), the cost control of damaged aircraft and airport maintenance, and the safety of human lives. Finding the balance is the key in so many areas that most people don’t even think about, until a situation such as “Sully’s” presents itself and raises awareness.

← The Allegheny Front Hawk Watch
Earth 911: America is Running Out of Room →