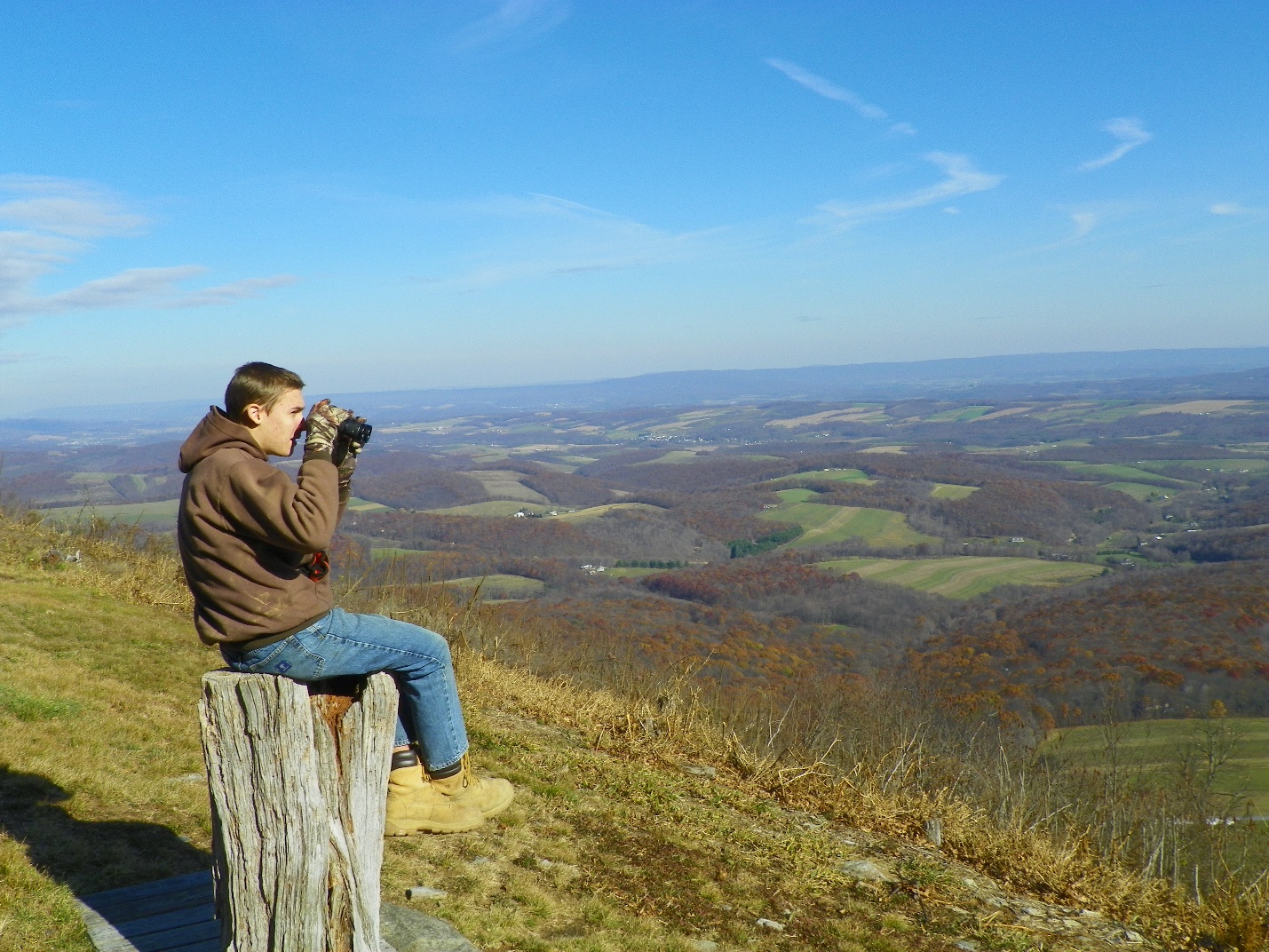 This week’s post is written by Peter, a monthly blog correspondent and Bucktails and Ursids alumni.  He writes about keeping an “eagle eye” out for migrating raptors, helping local biologists record important data that they can use to monitor the charismatic birds that fly by each year!

Eastern Golden Eagles, Aquila Chrysaetos, are some of the largest, most powerful, and nimble of all Raptors. Golden Eagles have a wingspan that can exceed 7 feet. Remarkably, Golden Eagles are still extremely fast; one has been clocked diving at almost 200 miles per hour! Golden Eagles, which possess razor talons up to 3 inches in length, are renowned for their killing ability. Although they prey mostly on small mammals, such as prairie dogs and jackrabbits, they have been observed killing everything from deer, bighorn sheep, bobcats, and coyotes. Golden Eagles also build tremendous nests, the largest of which measured 20 feet high by 8.5 feet tall! 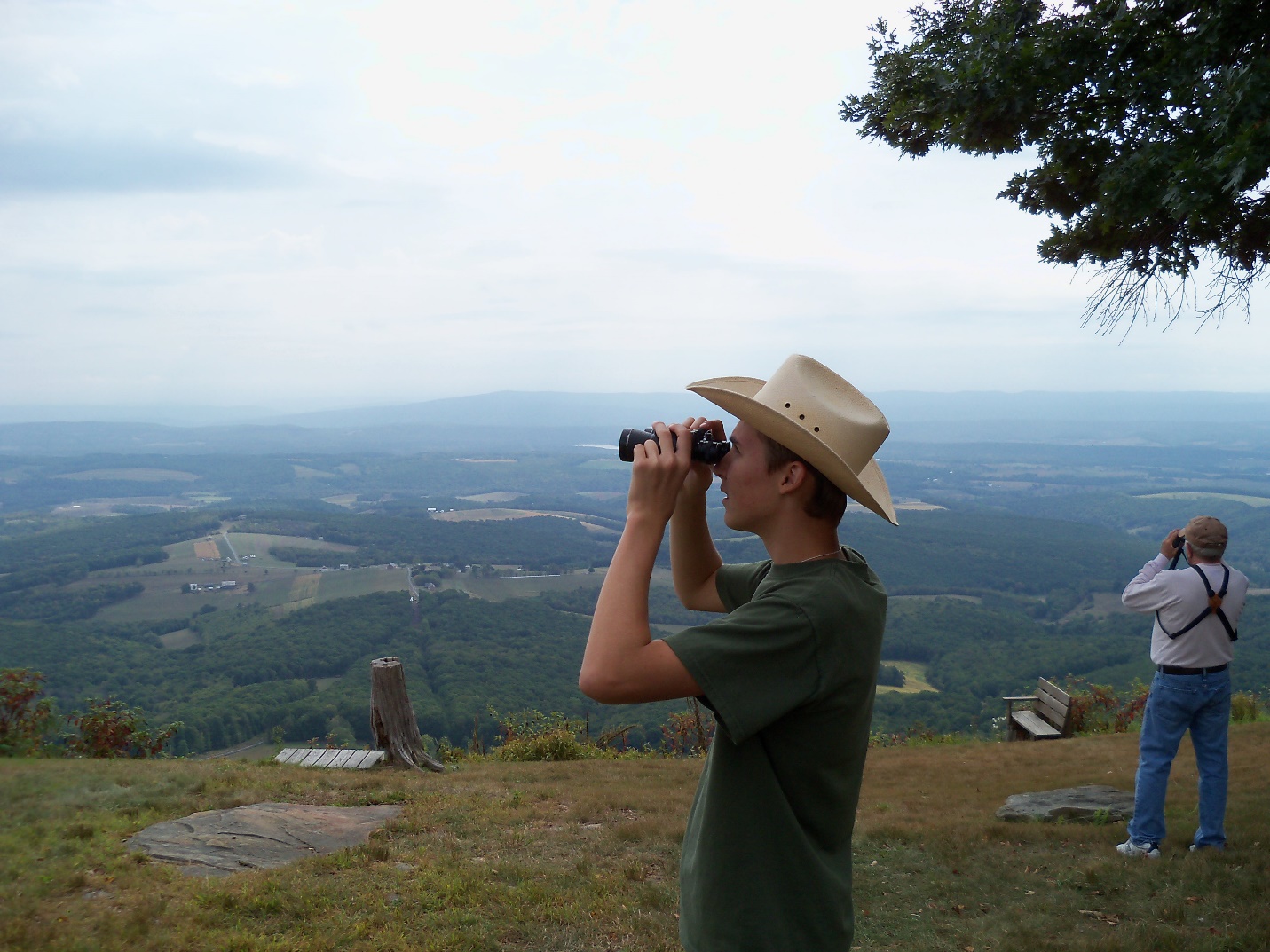 However, the best thing about the Allegheny Front Hawk Watch is that it is open to the public. During migration season, when the Hawk Watch is manned every day (weather permitting) the public is welcome to visit. The Hawk Watch site is easily accessible for handicapped people, and has a flat grassy area where people can set up chairs or have a picnic. 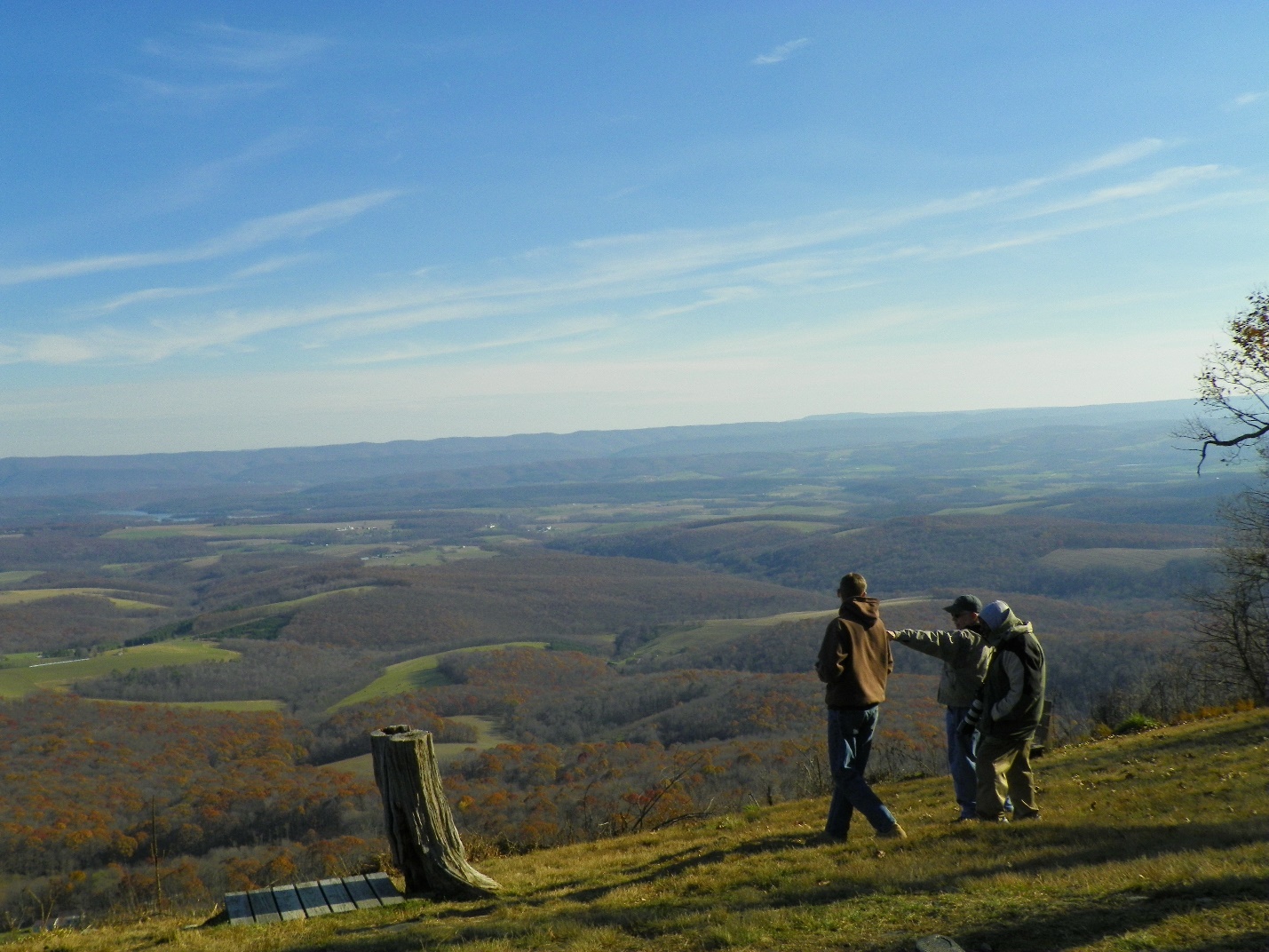