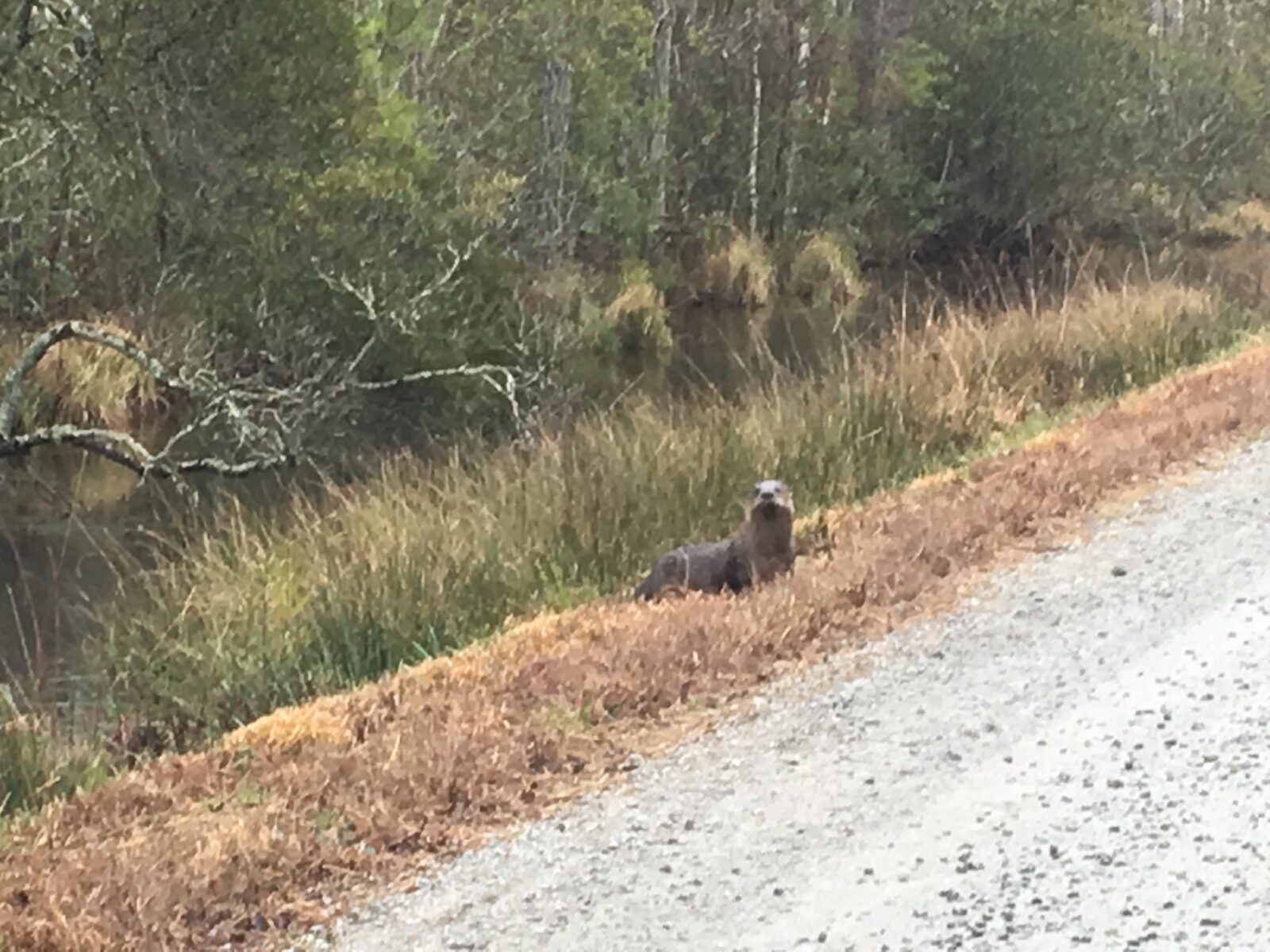 As the name suggests, Alligator river is home to the American Alligator. Our family likes to visit the local swamps at least once a year since this refuge in North Carolina is in the near northern part of the range for these huge reptiles and so it is one of the closest places for us to observe them in. There are occasional reports about alligators found in New York or Chicago, but those are usually former pets and not members of an established population. Still, it seems that their natural range is expanding further north probably due to global warming.

The refuge also provides habitat and protection for other endangered species including red wolves.

During one spring weekend, we counted over 30 black bear sightings at dusk. While kayaking on Milltail Creek on a hot summer day, we were surprised by a water moccasin. The large snake was swimming on the water surface in an S-shaped position with its wide-open mouth displaying its typical threatening position. The water moccasin also called cottonmouth for the white interior of its mouth is the world’s only semiaquatic viper and it is one of the three venomous snakes living in the refuge (together with the copperhead and the timber rattlesnake). This was a very unique encounter because snakes and alligators are usually shy and it is not easy to find them. Fall is also a great season to observe wildlife there. Deer, foxes, and young bears including other mammals are getting ready for winter. However, even the cold months are great for exploring the miles of roads within the refuge. During our first winter trip, we spotted two black figures a couple of yards ahead of our car. As we slowly approached, we recognized the animals as large otters playing with each other. The otters were so deeply involved in their games, that they did not mind our presence at all. We jumped out of the car and observed how they were chasing each other while making high-pitched sounds. It was an incredible experience and the otters even allowed us to take many pictures and videos of them.

The river and lakes within the refuge also provide perfect fishing opportunities. The black ominous color of the water hides many interesting species. Usually, we catch largemouth bass, bluegill, and perch, but on one cold February morning, immediately after casting out, I had an unusual fish on. I never caught anything like that and was not sure what it could be. But when I measured its elongated body with its dorsal fin going all the way to its tail and carefully watched its sharp teeth hiding in the skull, I identified it as a bowfin. It was very slimy and difficult to handle. It was a nice surprise to finally catch this ancient sporty fighter, the only surviving species of the order Amiiformes that dates to the Jurassic period, more than 70 million years ago.

For sure, the Alligator River National Wildlife Refuge is worthy to visit any time during the year.

← Mark of the Buck
Hiking Discoveries →