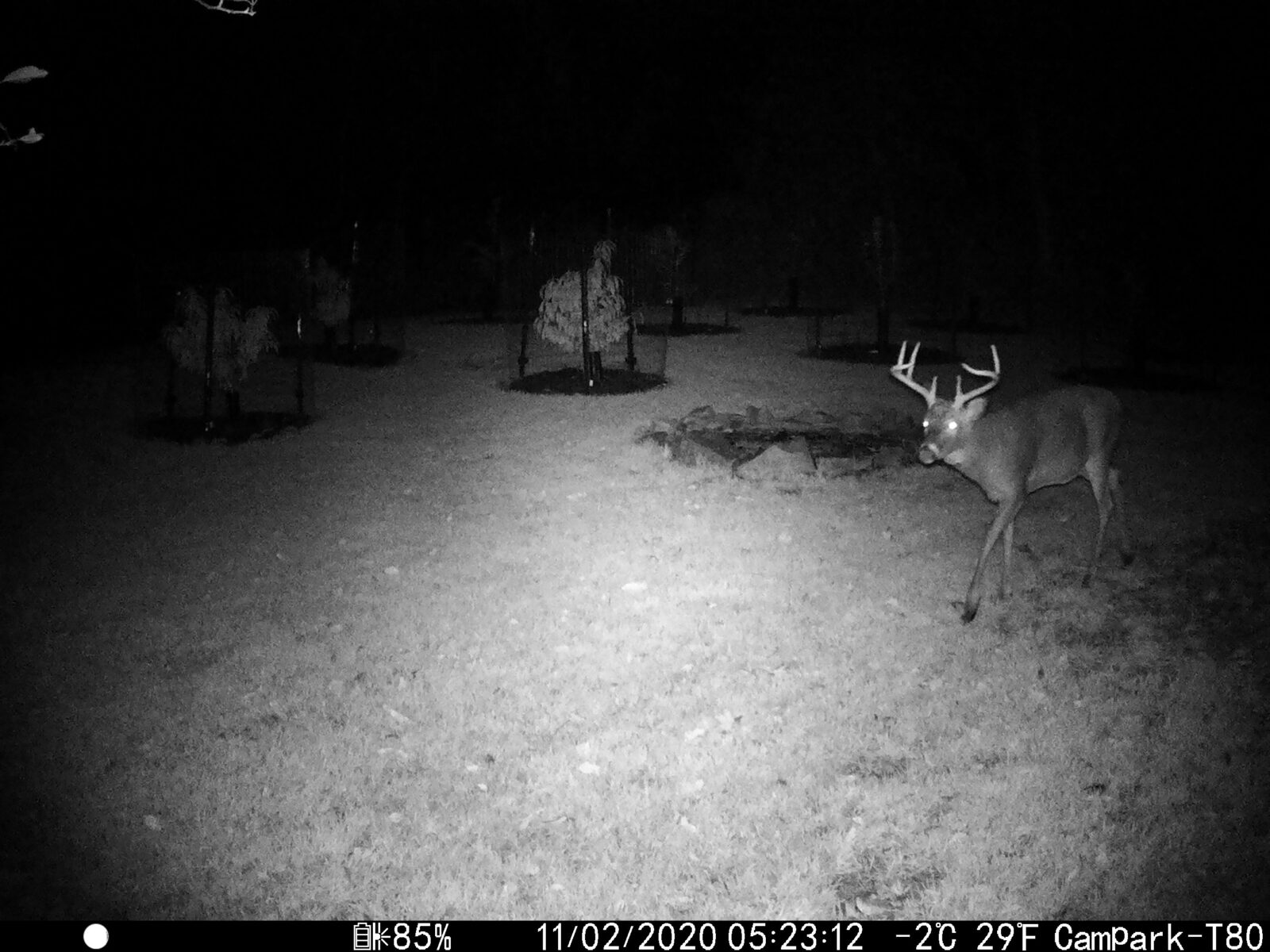 Mark of the Buck

This week’s blog was written by Allie F., a Bucktails alumni. Allie is a high school sophomore who plans to pursue a career in medicine. She decided to attend the Wildlife Leadership Academy due to her interest in biology and nature. In her spare time she enjoys music, dance and hunting.

This past week, my family and I have been seeing a greater number of deer than usual, including a 7-point buck. We have also noticed that one of our crabapple trees that we have growing next to our house has some bark removed, presumably from this deer rubbing its antlers against it.

Male deer have velvet on their antlers. During fall, the velvet dies and begins to dry out. This process is irritating and causes itchiness for the deer. To remove this velvet, the deer scrapes his antlers against trees and brush. Small pores where blood vessels entered the velvet are exposed as the velvet rubs off. Blood from these exposed vessels can stain and affect the color of the antlers. Rubbing of the antlers also benefits the deer by allowing them to gain a sense of their antler’s size, sharpens the antlers, and strengthens the deer’s neck for sparring.

Deer prefer to rub their antlers against smaller trees that have smooth bark, such as the young crabapple tree that my family has in our yard. When deer rub their antlers against a tree, the aggressive friction causes the tree’s bark to rub off. These small, weaker trees sustain a greater amount of damage from the scraping because they are not as strong and solid as a full-grown tree. When the bark is removed, it exposes the plant to outside dangers such as insects and disease-carrying pathogens. In the colder weather, the trees produce less sap which keeps them from healing as quickly.

My family has taken precautions to protect our fruit trees from being harmed by deer rubbing against them, but unfortunately the buck was able to find one of our trees to rub against. I hope that the tree can recover and not have significant damage.