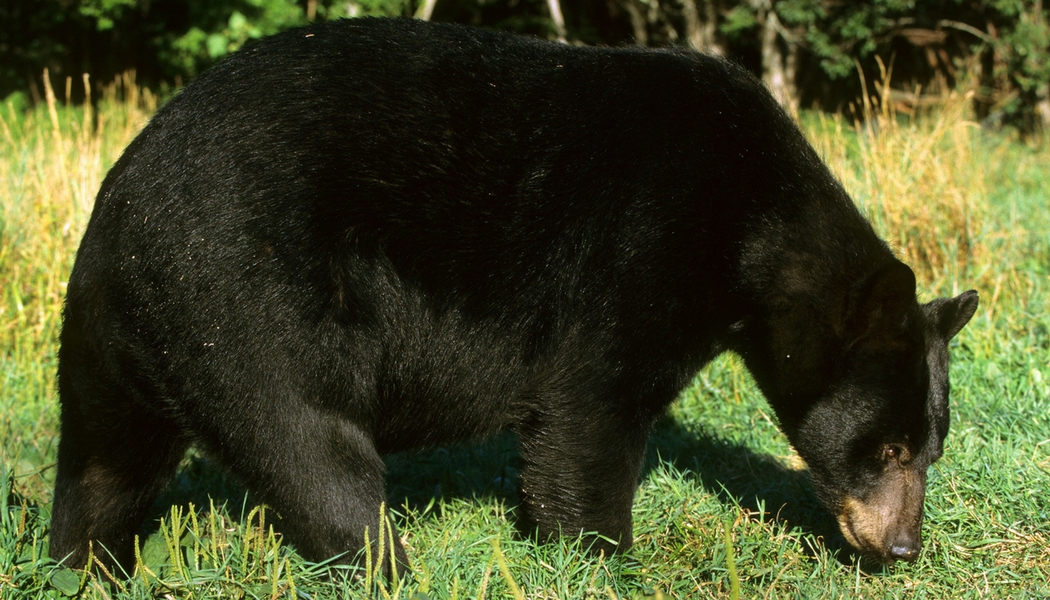 Rebecca attended our Ursids field school, and is a Monthly Blog Correspondent.  In reminiscing about field school, she remembered a previous encounter with the subject of Ursids, and recounts the adventure here!

As an Ursids alumni, I find myself getting really excited every time I hear something about black bears. However, black bear stories are fairly rare in the Pittsburgh area, where I live, since the majority of Pennsylvania’s bears are found in central part of the state. Luckily, my desire for a good black bear experience was fulfilled when I was looking through my photo archives. It turns out that in the same trip where I had seen the hummingbirds that were the subject of my previous post, I had also seen and snapped some quick pictures of a young black bear. All of a sudden, the memories came rushing back, the story behind these pictures I had forgotten about.

The black bear I had seen was in Grand Teton National Park. My family and I had just taken some beautiful landscape panoramas at the top of Signal Mountain. As we drove down the mountain, we noticed a huge crowd of cars parked to the side of the road, a clear sign that something interesting was happening. So, we parked our car, and quickly spotted the black bear everyone was pointing their cameras and binoculars towards. The bear was pretty far away from us, and the undergrowth covered it well as it calmly sniffed and paced about, presumably searching for food. Some of the other tourists told us the bear had been there for nearly an hour, and it didn’t seem to mind all the attention. At the time, I knew very little about bears, so one of my main concerns was whether the mother would get alarmed by all the people there and become hostile to protect her cub. However, now that I look at the photos again, I realize this “cub” was old enough to be on its own and independent from its mother.

The black bear got closer and closer to us until a car passed by and frightened it. In an instant, it went from calmly pacing about to attaching itself to the nearest sturdy-looking tree. The bear stayed there for so long that we left before we could see what it did next. 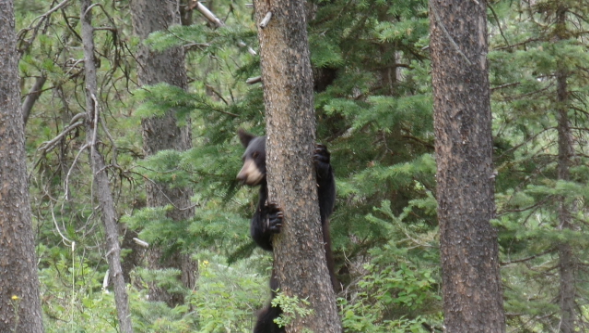 Observing the very wildlife I later learned about is always an enlightening experience. Although the order of education then application was reversed in this particular situation, it’s nice to have that “Aha!” moment when you finally understand something you’ve previously seen, thanks to your new knowledge.

← January Student of the Month – Tony B.
Barn Owls →