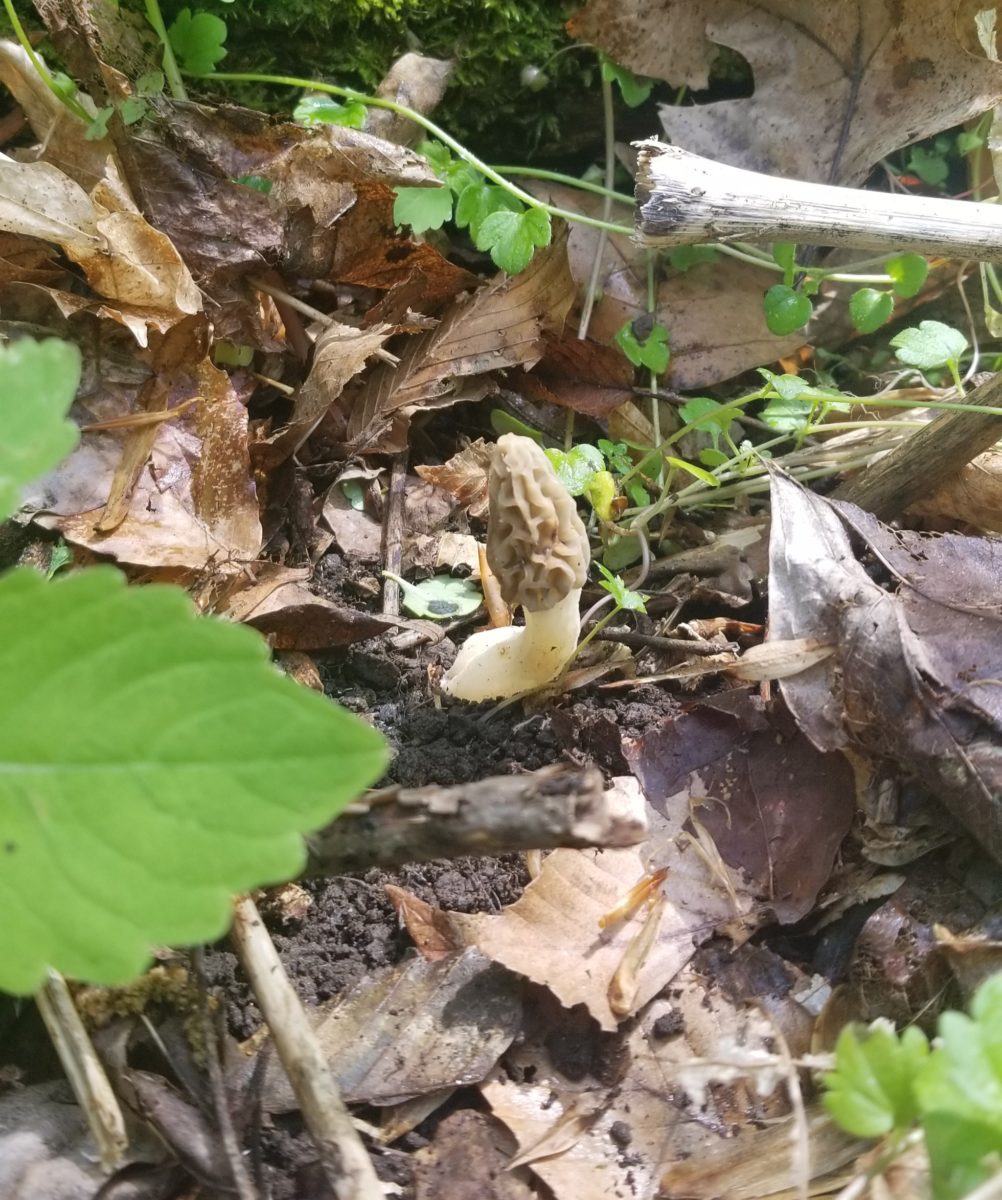 This week’s blog was written by John B., a Brookies alumni. John is a senior in high school. He found out about the academy from his Chinese teacher who thought that he would enjoy it. John figured he would enjoy the camp because he enjoyed a conservation camp that he attended previously. John loves spending time outdoors and often goes fishing. His plan is to attend college next fall to pursue biology and possibly Chinese too.

Down in the Outer Banks on vacation this week, I didn’t expect to see many members of the fungal kingdom. However, even in this sandy, ocean environment, their services are still much needed. It was on a palm tree that I saw some small, orange mushrooms. The tree’s green, thriving leaves led me to believe these are parasitic mushrooms stealing the tree’s nutrients. Although probably a nuisance to the landowner, I am always delighted when I see new mushrooms.

About two years ago I began my journey into mycology. I heard about the most delicious mushrooms that appear in the woods right where we live. These were the infamous Morel Mushrooms, and even though they show up only about 1 month of the year, I spent all year in the hunt. This is possible because mushrooms often appear with certain trees and in certain soils. Just as a deer hunter would scout out new places all year, I did the same for the mushrooms. When the time came for the mushrooms to grow, I found only a few. Of course, I was delighted: but not satisfied.

Now, I can identify many species of mushrooms in the woods and know when many of the edible ones will appear throughout the year. Mushroom foraging has been a rewarding hobby that has taken me to many new places throughout the state. As the summer changes into fall, I look and see the leaves fall from trees and annual plants die back. Fungi are what clean up all the dead matter and make room for the new sprouts we all love to see in the spring. Don’t forget that though you may only see them rarely, fungi are everywhere: recycling deceased life into new prosperous growth.