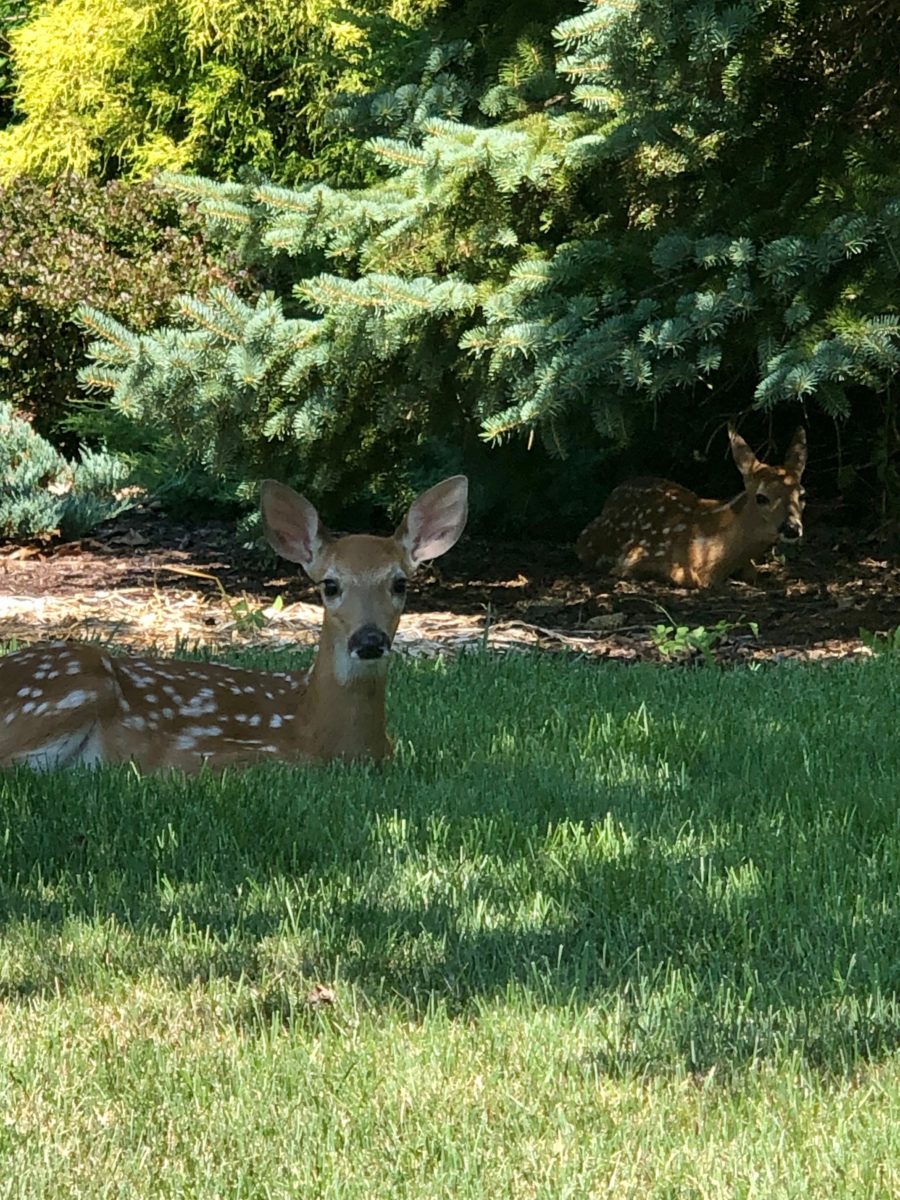 This week’s blog was written by Allie F., a Bucktails alumni. Allie is a high school sophomore who plans to pursue a career in medicine. She decided to attend the Wildlife Leadership Academy due to her interest in biology and nature. In her spare time she enjoys music, dance, and hunting.

For the past few months, my family and I have been seeing deer around our neighborhood. Most often, we see a doe with her two fawns. We have been watching them and have even been able to take a few pictures on our phones and trail camera. I always enjoy watching the young deer, and it made me wonder about how long they will stay around our house, as well as how well they will survive.

At ten weeks of age, fawns begin to wean off nursing. While fawns may still nurse after 10 weeks, they do not need to from a nutritional standpoint. Fawns usually stay with their mother until their 1st birthday, taking place in Spring. By that Fall, 1/2 to 2/3 of male yearlings disperse farther from their home range. They do this in order to find mates and increase diversity.

Fawn survival rates have been increasing recently since about 2000. Fawn survival is based upon their age, and it is thought that gender and weight may also influence survival rates. Some dangers that they may face are predators, humans, and natural causes. Potential predators include coyotes and bobcats. Black bears, however, are their biggest predator. Humans can interfere with their survival with the building of fences and roads, as well as harvests of agricultural fields. Fawns have the greatest chance of survival in agricultural areas, rather than forests. Fawns also struggle with starvation, disease, and being abandoned by their mother.

I am excited to continue to watch the fawns grow up. After this winter, I will wonder if the deer I am seeing are the doe and her fawns that I watched this year, or if the fawns left their mother and are somewhere else.

← Don’t Forget About Fungi!
My Discoveries at the PA Grand Canyon →