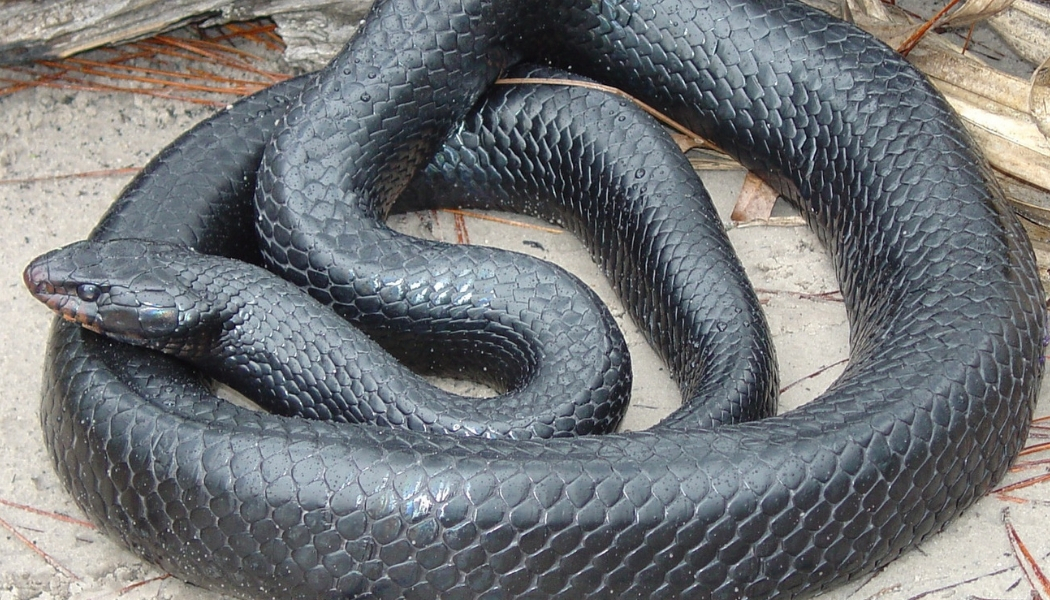 This weeks Blog Post was written by Carter W., a Brookies Alumni! He describes the endangered Eastern Indigo Snake, as well as it’s lifestyle and habits.

Eastern Indigo Snakes have a limited range of Florida and the southern parts of Georgia, Alabama, and Mississippi. These snakes are usually habitat specific, preferring xeric pine-oak sandhills. This habitat is usually inhabited by Gopher Tortoises, which are crucial to Eastern Indigo Snakes. They use Gopher Tortoise burrows as a shelter in the winter and as nesting grounds and protection from intense heat in the summer. During the wet season or summer, Eastern Indigo snakes may move long distances. They are often found hunting around wetland margins during this time period.
Eastern Indigo Snakes are only active during the day and are pursuing hunters. They prey on almost anything small enough for them to tackle, from rodents and birds to small alligators and other snakes, including rattlesnakes and cottonmouths. These snakes will often be very defensive when cornered, going to lengths of flattening their head and rattling their tail. However, Eastern Indigo Snakes rarely ever bite and are usually calm in demeanor when handled.

Eastern Indigo Snakes are currently listed as a federally threatened species, and their populations only continue to decline. The loss of Gopher Tortoises, an endangered species in Florida has a huge impact on this snakes status along with the ever-growing expansion of urbanization and industrialization into wilderness areas. Conservation projects are being put into practice as you read this to protect the Eastern Indigo Snake and other species like the Gopher Tortoise.

← My Passion for Photography
Beautiful Brookies →