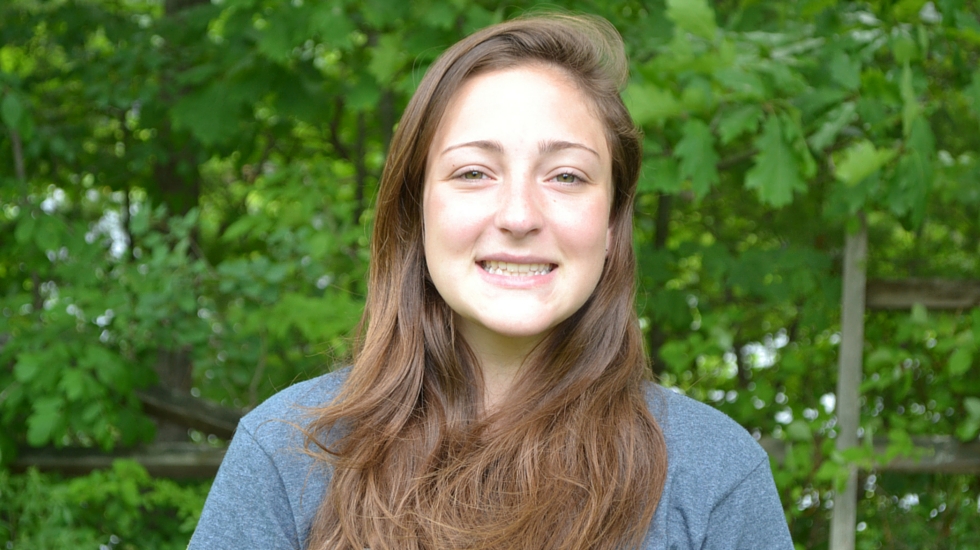 Written by Rachel S., a Bucktails and Ursids graduate and ATL, this blog describes her close encounter with a black bear while out enjoying the “berry” delicious offerings her black berry patch had available that day!

Fresh black berries make for a tasty and refreshing summer snack. It seems, though, that I wasn’t the only one with this treat on my mind. On Friday August 21, a black bear came to pick berries with me.

The location of my home is smack in the middle of prime berry hunting land, which also makes it prime habitat for black bear. We have loads of blueberries, raspberries, and black berries to name a few, so every summer it’s almost a guarantee that when something is ripe, I’m out harvesting. For years I’ve gone berry picking and the only run-ins with wildlife have been the flashing white tail of a doe bounding off through the woods or a rabbit scampering through the underbrush. Of course, with berries being a food source for bears too, I was always careful of my surroundings, but it seems I had grown complacent.

My black berry patch for the day was located right along our dirt road. If you’ve ever been black berry picking then you know the hazards involved with the activity; the plants grow very thick and tall and have obscenely big thorns that like to grab onto passersby. I don’t mind wading into the thickets for the nicest berries, but sometimes it’s nice to be able to pick from safer grounds, like a road.

The patch began underneath an apple tree by a telephone pole. Making my way around the pole I noticed that the side facing away from the road was marked up and some of the top layer of wood was missing. On closer inspection, I found dark hair stuck in some of the splinters. Being in the middle of a black berry patch it made sense that these could be bear signs. It was very interesting to see, but I dismissed the thought that any bear would be in the near vicinity with all the noise I was making. For another 20 minutes or so, I continued foraging along the side of the road.

I can honestly say that if it hadn’t been for the snap of a twig, I would have never seen this bear until it was right alongside me. Hearing that snap is the only reason I turned around to see a fuzzy black face moving in my direction just on the other side of the road. I know that like any other wild animal, black bear can move with ease through the woods, but I never imagined that such a bulky creature could be so quiet and graceful.

My heart started pounding with excitement and a twinge of fear. Its size probably ranged somewhere between 150 and 200 pounds and it was that beautiful silky black characteristic of these animals. The bear kept making its way toward me so I lifted up my hands to show it I was there; this way it wouldn’t be startled, as it had startled me. After seeing me, the bear simply turned around and trotted back the way it had come. It took quite a while for my heart to settle down as I stood shaking with delight at having seen a bear. Not only did I have a great day for berry picking, I was also visited by one of my wildlife neighbors, reminding me that I should always be aware when out and about.​

← Academy Alumni Update: On the trail!
Saying Thank You →