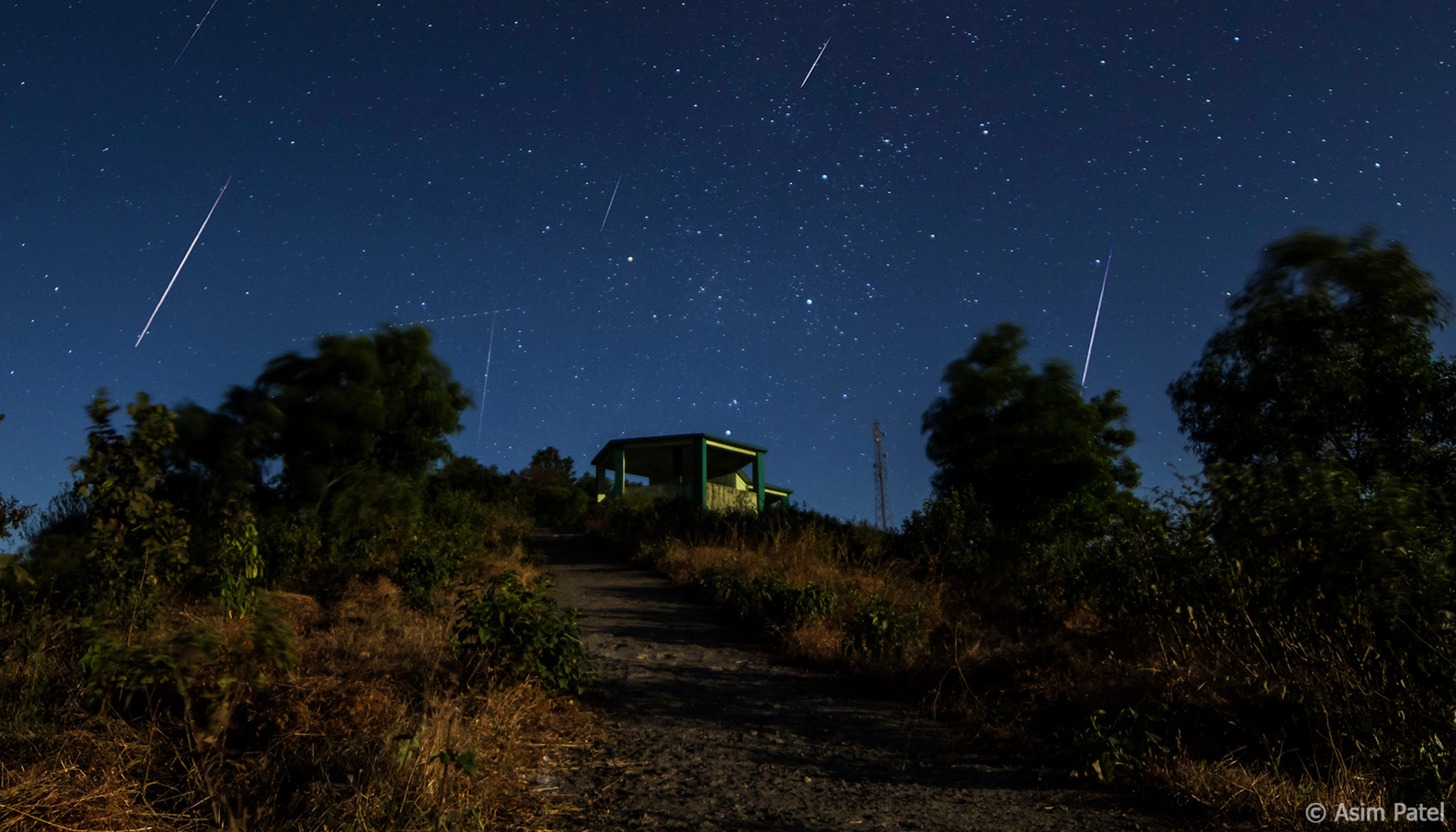 Eyes to the Sky

This week’s blog post was written by Laura M., a Bass Alumni! She writes about meteors, meteorites, and meteor showers! She also describes the best conditions for seeing one.

Imagine a rock from space that is hurling through the atmosphere, burning up as it comes towards the earth. You look up at the sky and see this rock as a bright streak that is only seen for a second or two before it disappears. If the rock is lucky, it will survive and crash into earth. However, most of these rocks don’t make it to earth – they just burn up in the atmosphere. These rocks are called meteors and are really cool to watch.

Most likely the rock will completely burn up and not reach the surface of the earth. However, a fraction of these rocks will reach the surface, and these are now called meteorites. You can see meteors any night of the year, however, they are not common to spot unless there is a meteor shower, similar to the Geminid Meteor shower.

Every year in early December, the Geminid Meteor shower occurs. It can be seen from almost anywhere in the country. To view this meteor shower, you need to be looking at the constellation Gemini. For the best viewing conditions, you need to be in an area with little to no light pollution. With conditions like this, you could potentially see up to 100 meteors per hour. Suburb areas with more light pollution are only able to see around 30 per hour.

People in big cities with high levels of light pollution, like Philadelphia and Pittsburgh, will not be able to see any meteors. When going outside to look for meteors, make sure you stare up at the dark sky for at least 30 minutes in order to let your eyes adjust. And next year in early December, make sure to go outside and watch the meteor shower!

Sometimes, a lot will fly through the air at around the same time, and this is called a meteor shower. Recently, I watched the biggest meteor shower of the year, and this is called the Geminid Meteor Shower. What is a meteor? A meteor starts out as a meteoroid. This is a piece of interplanetary material (like a rock) that is orbiting the sun. Eventually, these rocks can come close to the earth and enter the atmosphere. The rock that is flying through the atmosphere is now called a meteor. These rocks burn in the atmosphere, and that is the streak of light that you see.

The images found in this blog were sourced from the internet and can be found here and also here.