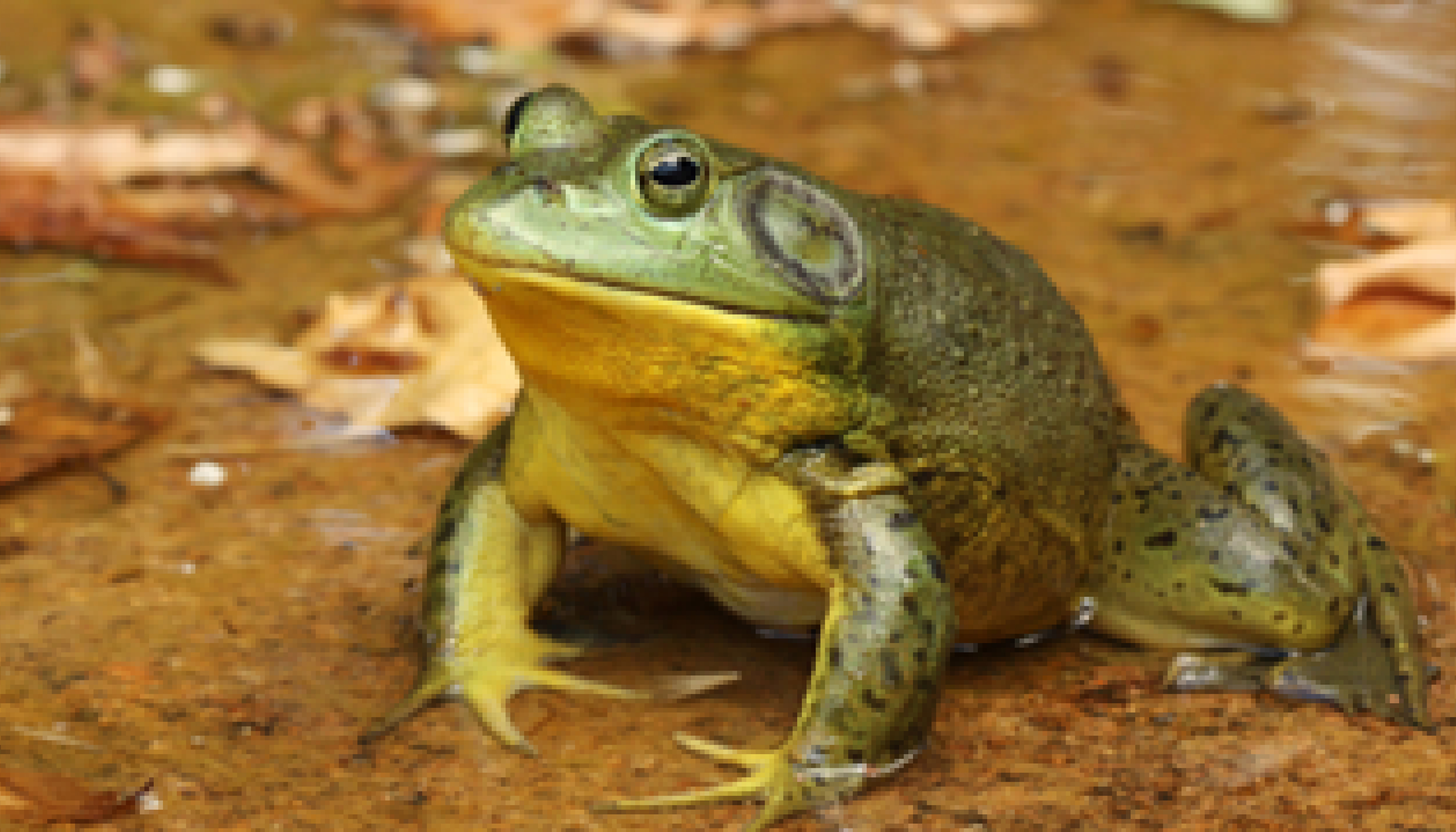 This week’s blog was written by Carter W., a Brookies Alumni! He gives us some interesting information about the American Bullfrog, and the havoc they can wreak on ecosystems they come to inhabit.

The United States is home to about ninety species of frogs, most of which do not cause disruptions in their ecosystems. However, the American bullfrog is an anomaly; slowly becoming a big problem in their respective ecosystems. The bullfrog population is increasing at a rapid rate. This sudden increase is pushing the species out of their native range in search of new ecosystems with necessary amounts of prey and places to breed. Historically bullfrogs were only found in the central and south parts of the eastern United States, but due to the increased population, they are now migrating into the northern and western states.

One of the detrimental problems associated with the movement of the bullfrog is their voracious appetite. Bullfrogs will eat anything they can fit in their mouths, including insects, spiders, small mammals, fish, small snakes, frogs, and even other bullfrogs. They have also been known to actively prey on birds sitting on the water. As a result, American bullfrogs decimate small animal species as they begin to move into new ecosystems. For example, native amphibian populations have plummeted in western states since the American Bullfrog migrated into the area.

Bullfrogs consume anything smaller than themselves and compete with native species for resources like food, water, and breeding space. A female bullfrog lays thousands of eggs, which hatch into voracious and cannibalistic tadpoles. Bullfrogs remain as tadpoles for up to two years, giving them twice the amount of time and chances to decimate the tadpoles of other amphibian species.

Eradicating the American Bullfrog from these foreign places is a difficult task. While American Bullfrogs are big, they are also stealthy. Attempting to catch one during the day is nearly impossible if they are close to a water source. The best time to catch American Bullfrogs is at night when they are most active and engaged in feeding. Shinning a spotlight on the frogs causes them to have a delay reaction to catchers in pursuit of them. The struggle is mostly getting people who are willing to spend their nights trying to catch these frogs.

While the Bullfrog is considered a nuisance and invasive species in some parts of the United States, they are unique frogs and are very interesting to observe in their native range. Often time’s people see them, in their native range, as a terrible pest and are usually misinformed about the problems these frogs are causing. Learning about the American Bullfrog in a “hands-on manner” is the best thing people can do to truly understand the beauty, threats, and excitement this frog species exhibits.