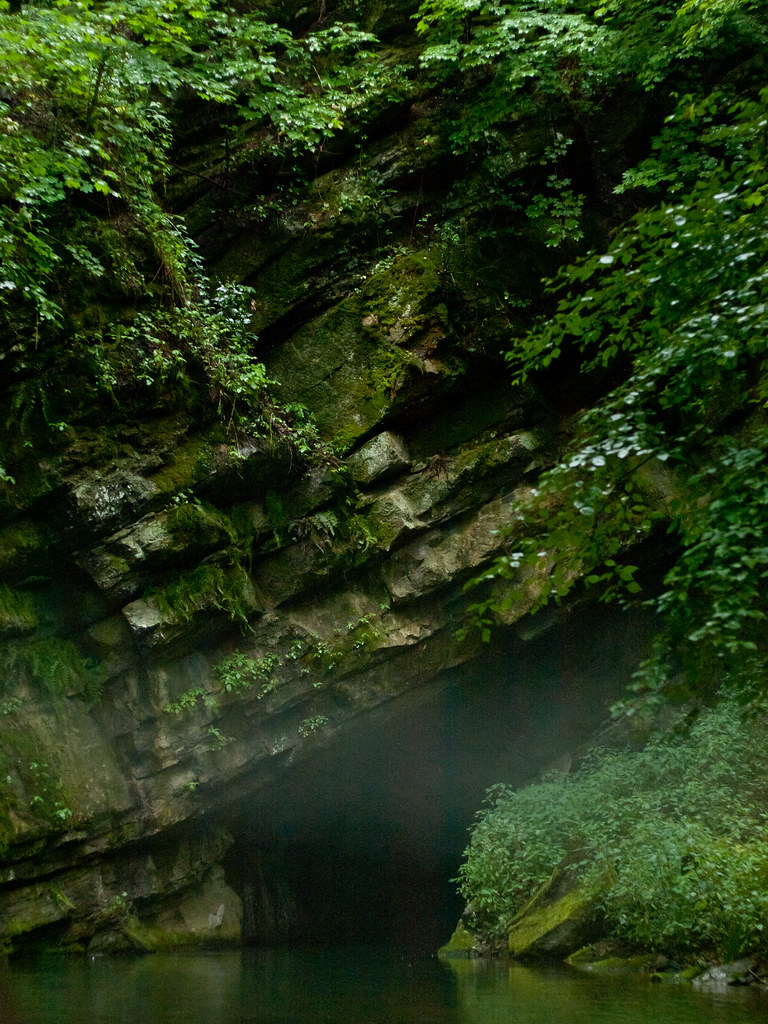 Flashback Blog: Caverns of the Mid-Atlantic

This week’s Flashback Blog was written in 2021 by Kendal M., a Brookies, Bass, and Gobblers alumni. Kendal is currently a student at SUNY College of Environmental Science and Forestry where they are studying Forest Ecology. Kendal returned to the academy this summer where they aided in supporting the field school as an apprentice.

After the aquatic intensive weekend, my mom surprised me with a trip to Penn’s Cave. Penn’s Cave is an all-water cavern that was officially discovered in 1795 by a pastor named James Martin. Before he discovered the cave, it was used by Native Americans as shelter from freezing temperatures. It was able to be used as a shelter from cold because it stays at 52 degrees Fahrenheit year-round. The cave water has some trout because it stays at 38 degrees Fahrenheit. However, there are not many due to the high turbidity of the water within the cave.

Penn’s Cave is a notable cave system in Pennsylvania, but there are many in the region, one example is Luray Caverns. Luray Caverns is a large cave system that was discovered in 1878. The cave is a very popular attraction located in Northern Virginia. The cave has an impressive amount of stalagmites (rock formations that rise from the ground) and stalactites (rock formations that hang from ceilings of caves). The most famous of these stalagmites and stalactites is named Pluto’s Ghost. Pluto’s Ghost is located in Pluto’s Chasm, a ravine that is more than 500 feet long, and 90 feet deep. The white pillar was formed when a stalagmite and stalactite grew together.

The cave system also has a lithophone, an instrument that strikes rocks to make notes. The lithopone is known as the Great Stalacpipe Organ. The Great Stalacpipe Organ was designed by Leland W. Sprinkle in 1965, the lithophone is still in operation today, but is mechanized to play for tours. Luray Caverns has a wide variety of mineral formations, such as flowstone draperies and bodies of water. Flowstone draperies are made of calcium deposits, this calcium is deposited through running water. The deposits look sheet-like. Luray Caverns has one of the most formed flowstone draperies in the world, this flowstone drapery is named Saracen’s Tent. Luray Caverns has a few bodies of water within it, but the largest is called Dream Lake. Dream Lake is 20 inches deep, but it looks like there is no water at all. The water has a mirror-like appearance, so the stalactites above it look like they are stalagmites. Instead of looking like a body of water, it looks like a large chasm. The water in Dream Lake is rather shallow, but the water in the Wishing Well is much deeper. The Wishing Well also has a mirror effect, but instead of making the 7-foot water look deeper, it makes it look more like 3 or 4 feet deep.

The topographic features of the Appalachian Mountains can be exciting to the point where we ignore the features that are underground, but the underground features can be just exciting if not more. Luray Caverns and Penn’s Cave are just two examples of the impressive geography of our region.