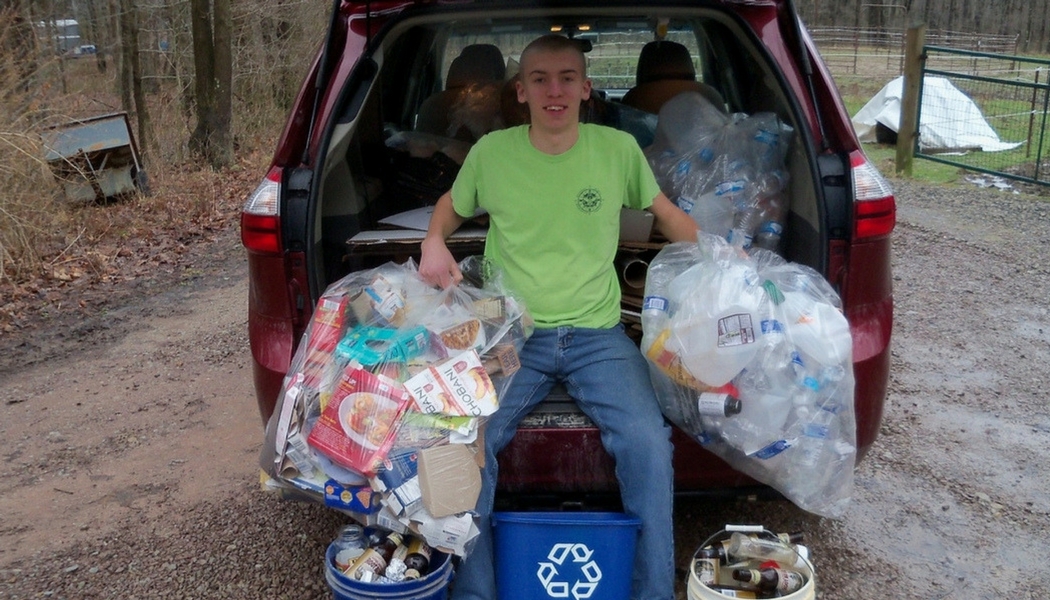 Landfills: More than Just a Hole in the Ground

This week’s blog post is written by Calvin L, a guest poster for the page and a Drummers and Ursids alumni. He discusses landfills, which are just great, big holes in the ground…or are they? Calvin explains the functions of each step in the landfill process and the reason behind it.

Have you thrown something in the garbage today? According to the Environmental Protection Agency’s recent statistics, Americans generate 784 million tons of municipal solid waste and construction and demolition debris each year. Eighty-seven million tons were composted and recycled. That left almost 700 million tons of waste to be disposed of.  How does America currently deal with this garbage? Landfills. This article will explain three functions a landfill performs. I will explain how a landfill isolates our garbage from the environment, how a landfill functions as a dumping spot for garbage, and how a landfill deals with waste products generated by decaying garbage.

Bottom Liner:  Once a site is chosen, the first of the six parts, the bottom liner, begins construction.  The bottom liner usually starts as a layer of compacted clay. Clay is used because it resistant to cracking. Cracks in the bottom liner could allow contaminated water to seep through and get into ground water sources. On top of the clay is a heavy-duty plastic liner. These two combine to form an impermeable barrier between the leachate produced by the landfill and the groundwater below. (Leachate is toxic wastewater generated by the garbage in a landfill.)

The Active Garbage Dumping Site: Now that the landfill site is properly prepared, it is ready to receive garbage. Garbage dumping occurs at what is known as the active site. As each garbage truck enters the landfill, it drives onto a scale before dumping its garbage at the active site. As each garbage truck leaves, it drives back onto the scale so the landfill knows how many tons of garbage have been taken in that day. Once enough garbage has been dumped, heavy machines, such as bulldozers or front-end loaders crush the garbage. Crushing the garbage conserves the limited landfill space available. At the end of the day’s work or even more often, heavy machines compact a layer of soil over top of the garbage. These areas of soil-covered garbage are known as “closed cells.” An “open cell” is the place where trucks are actively dumping garbage. The soil layer between cells serves several vital functions. The soil layers cut down on odor, protect against fire, and prevent birds, rodents, and flies from getting into the garbage.

Methane Collection System: As layers of garbage are deposited into the landfill site, additional protective measures are taken. A methane gas collection system is installed. Decaying garbage emits methane (which is another name for natural gas and carbon dioxide gas. Although some of the carbon dioxide dissolves in the leachate, both gasses are brought to the surface via pipes or a system of trenches that are installed as the garbage dumping cell layers are formed. Methane is a much larger concern for the landfill than carbon dioxide is. This is because methane is a fire hazard and a greenhouse gas 20 times worse than carbon dioxide. In the past, the conventional way to dispose of methane was simply to burn it off. However, garbage disposal companies have realized that the methane gas produced is actually valuable. Many landfills now purify the methane produced at the site and sell it. Landfill sourced methane is often used for electric power generation, but also can be used for heating.

Water Run-off Collection System: Now that we have looked at the base structure of a landfill, we are ready to look at two protective measures that help the landfill operate safely. The first of these safety measures is the drilling of wells around the perimeter of the landfill. These wells are monitored to make sure that no contaminants are leaking from the landfill. The second safety measure is a system that collects rainwater. Due to all of the exposed soil at a landfill, rainwater picks up contaminants and soil particles. Rainwater run-off is collected by trenches or similar means and goes into holding ponds. These ponds allow particulates in the water to settle to the bottom before the clean water is discharged off site.

Top Liner: The final step of landfill construction is to install a top liner. The top liner serves as a protective cap on the landfill once it is full. It not only seals the landfill from the environment, it also prevents erosion of the site. The first part of the cap is a layer of plastic laid on top of the closed cells of garbage I mentioned earlier. The second part is a layer of soil such as sand that will allow water to drain away from the top of the landfill. The very top is a layer of topsoil planted with vegetation.  After the landfill cap is placed, methane and leachate are still collected while the trash is decaying. The test wells around the landfill are monitored for as much as 30 years after the landfill closes.

We have seen how a landfill performs these functions mentioned earlier. The barriers at the top and bottom of the landfill perform the first function of isolating our garbage from the environment. The active site meets the second function of providing a dumping spot for garbage. The third function of dealing with the waste products generated by garbage, is met by the collection systems for leachate and methane gas. In the words of a local solid waste company Advanced Disposal, “There’s more to landfills than meets the eye. And nose.”

Disclaimer: Although landfills are an engineering feat to isolate our garbage from the environment, due to space constraints America needs to recycle more in the future. See my article, “Earth 911:  America is Running Out of Room” to learn more.