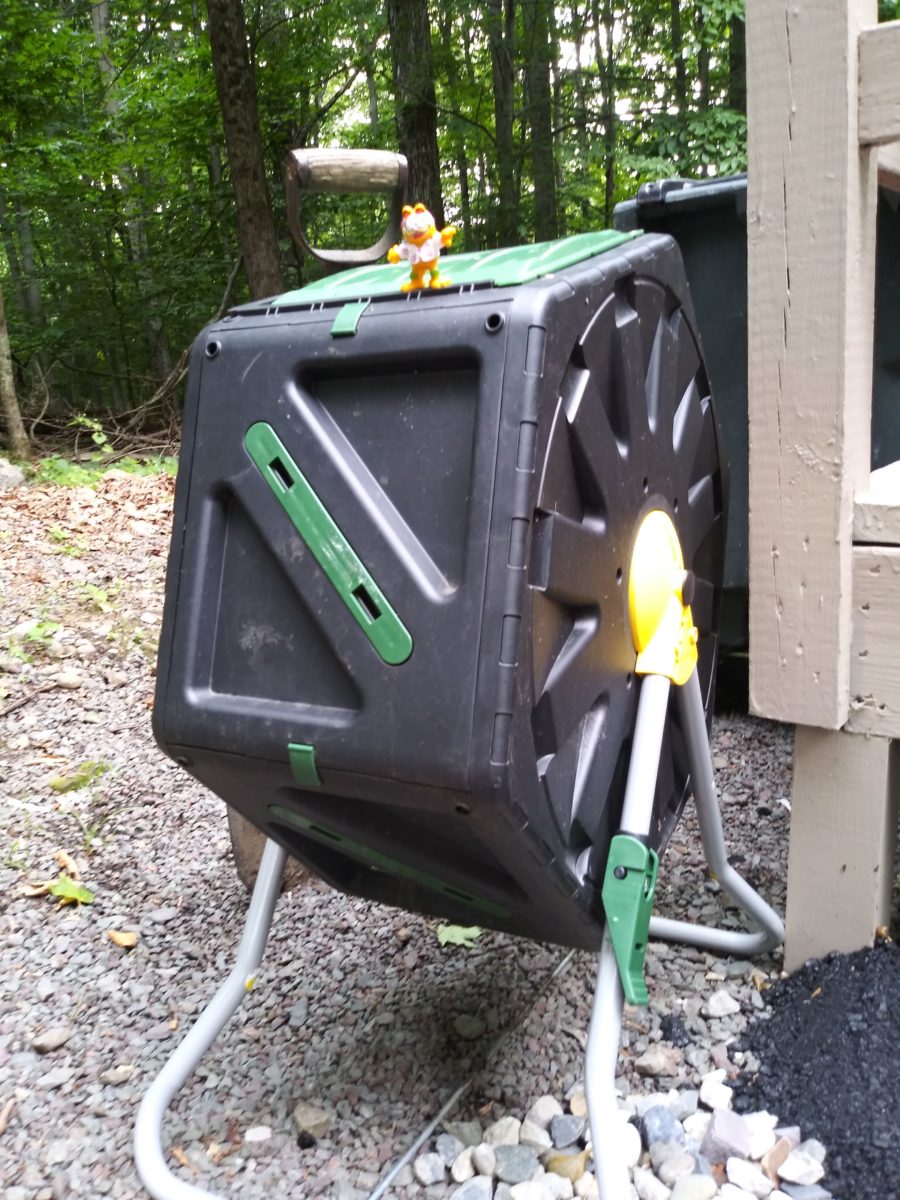 This week’s blog was written by Sinclaire O., a Bucktails alumni. She shares how she made the switch to composting.

Have you ever felt like you weren’t doing enough? It is almost like you just can’t be content with what you have done. At one point, a few years back, I felt like that. I was always outgoing, trying to make new friends or get involved with new things, but something was missing. I even found a new love for volunteering in middle school that I have been continuing ever since, but it still wasn’t enough. I might have been giving back to my community yet there was something missing. It wasn’t a person or group of people, it is who we, as a human race, call home. Earth wasn’t getting enough from me and that was about to change.

The house I lived in when I went to middle school and the first few years of high school had a regular weekly garbage pick up. Just like everyone else, we would put out our garbage and that would be it. There was one thing I began to notice that many other people were doing and what we weren’t, recycling. This realization came around the same time I felt I as an individual needed to do more to help the environment. So I approached my mom and we discussed and agreed to start recycling everything we can to help do our part. I know now that it is hard to know what is actually being done with our recyclables but the action of trying to do your part is what makes me feel good about what I have done so far.

After five years of continuing to recycle, it is still going on strong in our household. This past spring after following climate activist groups and learning more ideas on how to do my part, I felt it was time for me to continue doing my part. After learning about waste in landfills and how bad it is to throw away uneaten food when you can turn it into compost, I knew what my best project was. It took some convincing but before long I had a functional and an environmentally friendly composter. I made sure my family members remembered to put their food scraps in a different pile so they can be composted. After a couple of weeks I had soil being produced and our household even had less garbage being thrown out.

I am still continuing to compost and recycle through the cold winter months and brewing my next environmental project. On top of what I am doing at home I have been volunteering at Lacawac Sanctuary by helping them and promoting conservation. There is always a way to help the Earth, both big and small. Sometimes it takes a little nagging and persistence but once the job gets done, the sense of accomplishment you feel after all the hard work is worth it. As Neil Armstrong once said, “That’s one step for a man, one giant leap for mankind.”

← The Daily Life of a Dragonfly
An Unconventional Class →