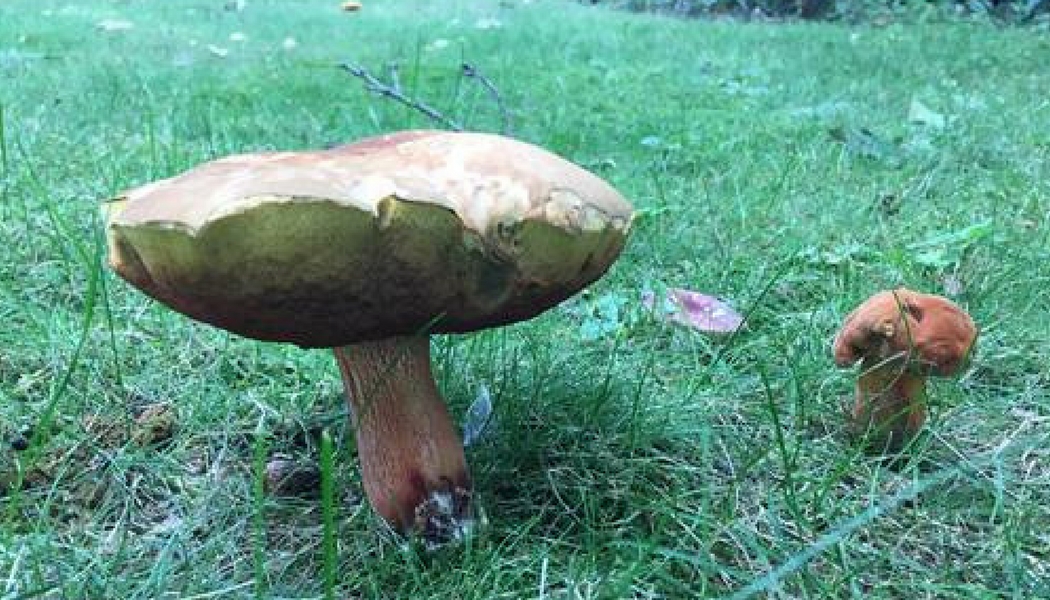 Mushrooms – Recyclers of the Forest!

This week’s blog post is written by Delaney R., a Bucktails alumni and Monthly Blog Correspondent! She writes about mushrooms, their functions in the ecosystem, and their use as a food source.

Mushrooms are some of the most diverse organisms. Sometimes edible, sometimes incredibly poisonous, sometimes helpful decomposers, sometimes parasitic, mushrooms have a colorful role in their environments. Mushrooms break organic matter down into usable nutrients that get cycled back into the soil. Like plants, mushrooms need nutrients from their environment. Unlike plants, they can’t perform photosynthesis to take in energy, instead relying on the minerals and organic matter they take in through their surroundings. There are several ways that they can do this. 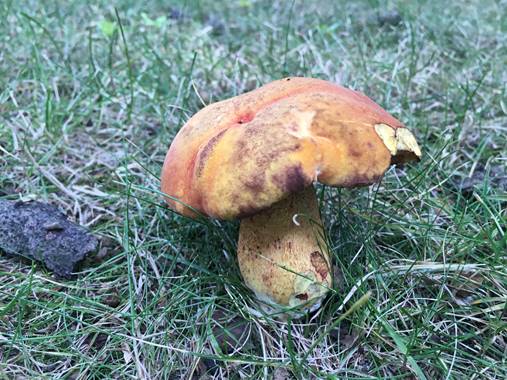 First, they help break down decaying organic matter. They secrete a chemical that allows a process similar to digestion, then absorb the nutrients. They break down dead plants and animals this way. These mushrooms are called saprophytes. Other kinds of fungi can take on a parasitic role, where they take nutrients from plants that are still living. An example of a parasitic mushroom is the Honey Fungus, which attaches to trees and removes its nutrients. Smaller fungal infections can invade trees through leaf scars, insect holes, or other wounds and draw out their minerals, harming the plant and helping the parasite. Knots and cankers in trees are often the result of parasitic fungi. Some insects can also be infected by fungi, turning them into “zombies” by taking over their nervous systems. Despite this dark side to mushrooms, they have also served as a food source for many animals, including squirrels, deer, bears, slugs, and humans. 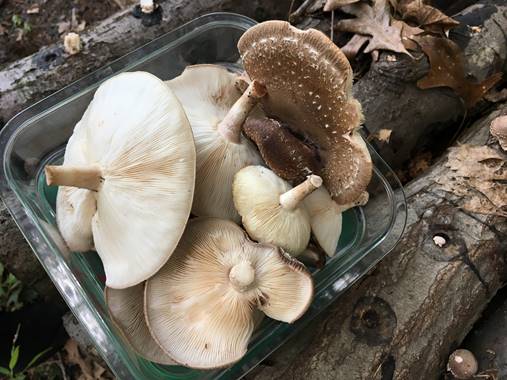 There are lots of edible mushrooms out there, several of them in Pennsylvania. For example, the Giant Puffball (a white spherical mushroom that grows to be between 4 and 27 inches) and the Chicken of the Woods (an orange mushroom that typically grows up the sides of deciduous trees) are both native to Pennsylvania and make good meals. However, foraging for mushrooms is better left to the experts; around 50% of mushrooms are inedible, many of which look like their edible counterparts. Pennsylvania boasts several poisonous varieties of mushrooms, including Death Cap, Deadly Galerina, and Destroying Angel. As their names imply, these mushrooms are not for snacking on. There are other mushrooms that can be picked or cultivated for food, most commonly shiitake, chanterelle, and portobello mushrooms.

← Don’t Worry about the Weather Outside, Just Tie Some Flies
Birds above the Water →