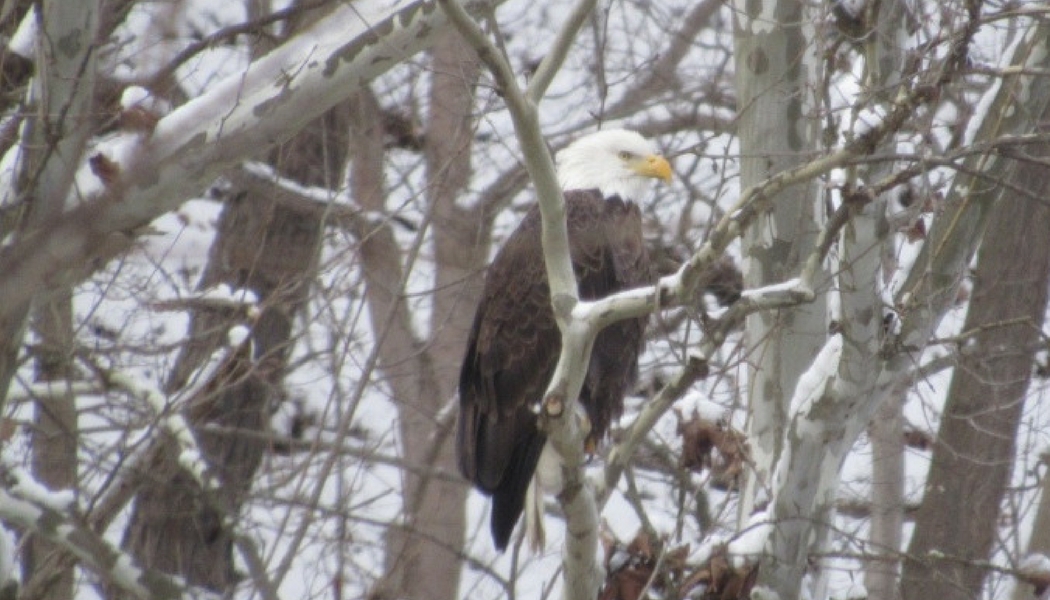 Birds above the Water

This week’s blog post is written by Laurie E., a  Gobblers alumni and Monthly Blog Correspondent! She writes about Bald Eagles, their beauty, what they eat, and how they have made it off of the endangered species list.

Bald Eagles have been revered as beautiful birds for ages, their striking white heads and tails adding to their beauty. As our national bird Bald Eagles are protected, but at one point they were on our national threatened and endangered species list. They have since been removed from the list and are growing in numbers every year! Even though we talk about them a lot, getting a chance to actually see them is something of a magical experience. For the past few months I have had the amazing chance to see them fly over the creek by my house, and the field by my house as well. I’ve noticed that we’ve seen Bald Eagles more times these past few months than we have altogether over the past few years at least. So, with curiosity on my mind and the desire to learn some more about these magnificent birds, I decided to find out some more about Bald Eagles. 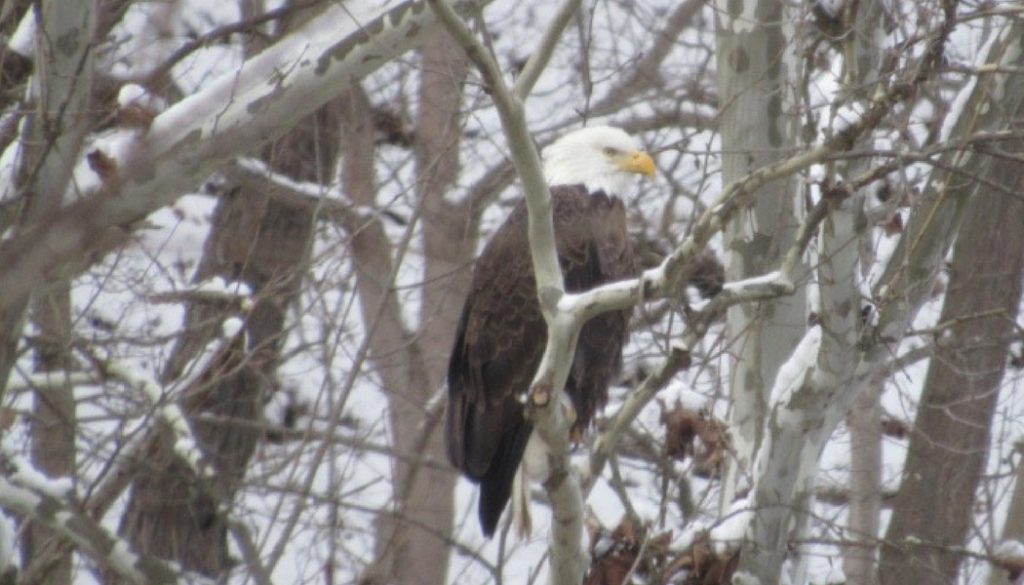 Bald Eagles are very interesting animals. This begins with their diet. It may seem gross to us as people, but Bald Eagles love something called carrion. The “not-so-appetizing” part of that to us is that carrion is basically rotting meat. Carrion is a staple of an Eagle’s diet. Bald Eagles don’t just eat carrion, though. Bald Eagle’s also eat small fish and other animals and will even go after larger prey. Eagles will also steal their meals from other animals such as Osprey.

Some more interesting facts I learned about Eagle’s included their nests. Both male and female Bald Eagles work together to build their nest, but the female does most of the placement. Something else that I learned about was the size of a Bald Eagle nest. They are actually enormous! Bald Eagle nests are on average five to six feet wide and two to four feet tall! The largest nest on record was about nine feet wide and twenty feet tall. It was estimated to weigh about 4,400 pounds! In each clutch of eggs a Bald Eagle will lay one to three eggs. Bald Eagles will typically nest in forested areas near large bodies of water.

An amazing fact I found was that Bald Eagles can float! Eagles are also capable of flight over extremely long distances. It has even been recorded that Eagles from Florida have made their way to Michigan, and Eagles from California have been found in Alaska! 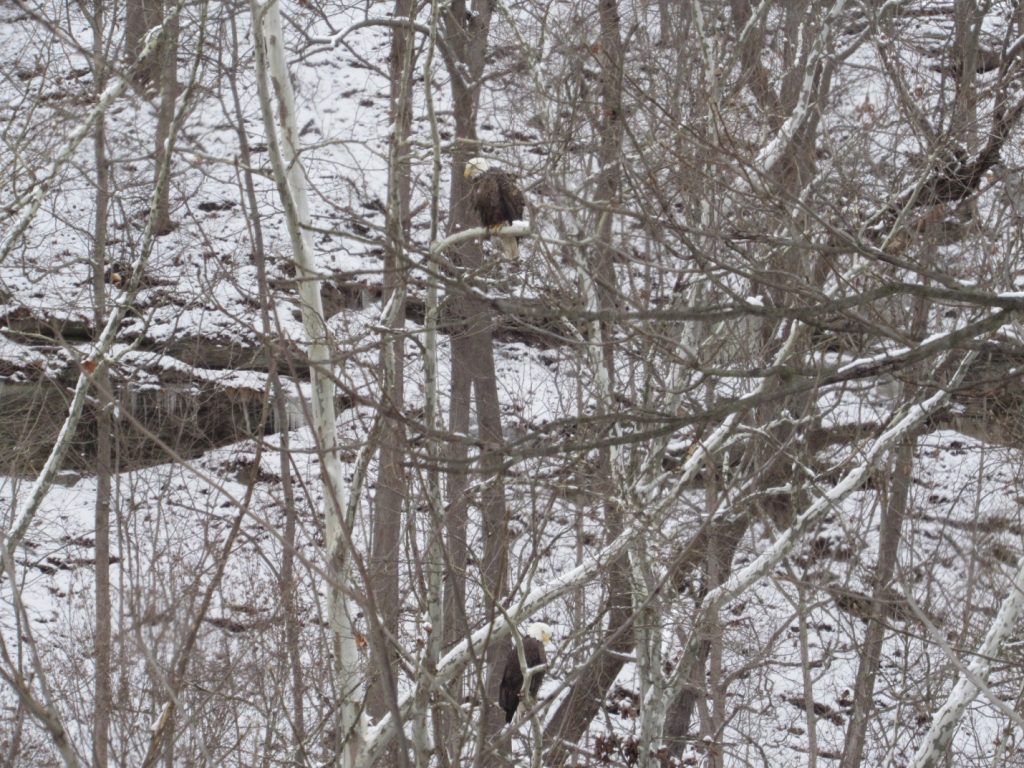 Recently we have seen eagles flying around near my home. They glide over the creek and will swoop up into the trees. The Eagles will perch and watch the creek below, often to the upset of the geese. Occasionally we will see a few Eagles together. It is usually two adult Eagles and a juvenile. Watching them fly up and down the creek is wonderful! Sometimes we even hear them call to one another!

Bald Eagles are absolutely incredible animals! I am very glad to be able to learn about them and get to see them right outside my living room window.

← Mushrooms – Recyclers of the Forest!
Focusing on Nature →