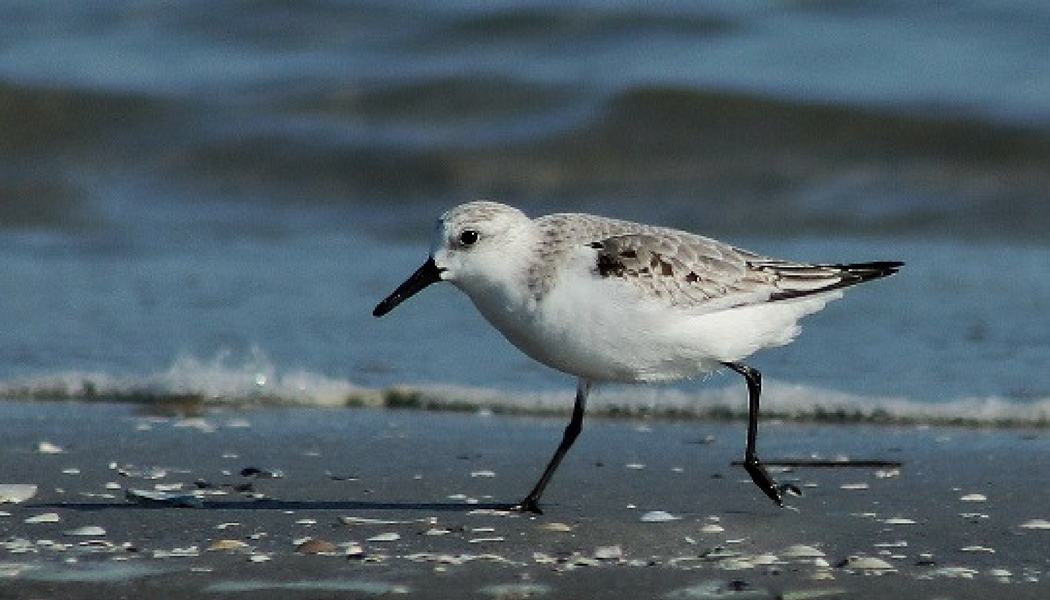 Eli, a returning monthly blog correspondent, shares with us this week some of his “Naturalist Notes” – journal entries, if you will, of a naturalist.  Journals were often kept by explorers to new regions, and these notes from naturalists have helped spread information about species and make connections throughout the scientific and non-scientific world.  You don’t have to be a professional to share your knowledge!

Well after all the tourists of summer are gone, the Sanderling takes to the sandy beaches of the east and west coasts for the fall and winter.

Probably the most abundant and widespread coastal sandpiper in the Americas, the Sanderling is a common sight along many beaches during the fall and winter. These brown and white little birds are quite charming, and are very handsome with their long, black legs contrasting against the surrounding sand. Their habit of “wave chasing” which they seem to do with ceaseless vigor even after dark, is a nostalgic sight for many, conjuring up memories of late summer days on the beach. 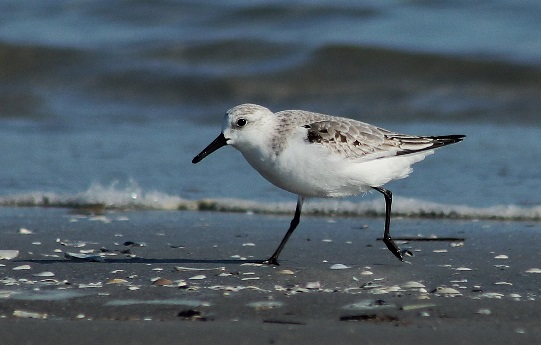 Despite weighing only 1.5-3 ounces at the most, Sanderling will migrate thousands of miles every year breeding in the Artic, and wintering as far south as Argentina. Their quintessential “wave chasing” behavior is actually the way they feed. Waves wash up small aquatic insects which are picked out of the sand by the Sanderlings. 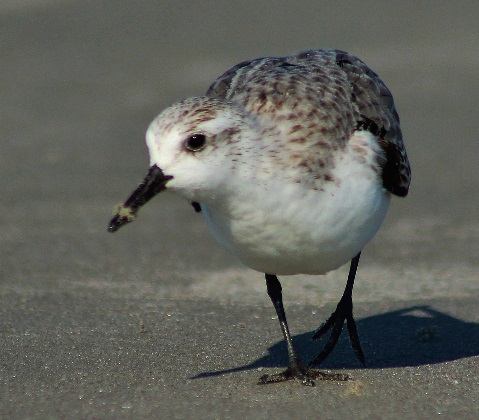 Sadly, this little sandpiper is on the decline and considered to be a species of concern. Coastal development, predation, human disturbance, and pollution are all contributing to notable declines in the North American Sanderling population. Disasters such as offshore oil spills can be particular devastating to Sanderlings since they spend most of their time on the beach. It also remain uncertain what the effect of climate change will be on Sanderlings. 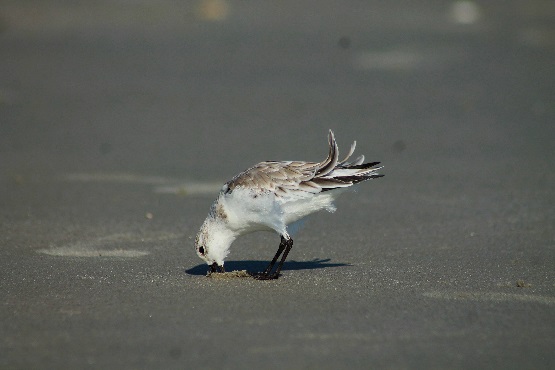 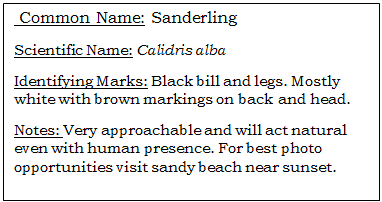