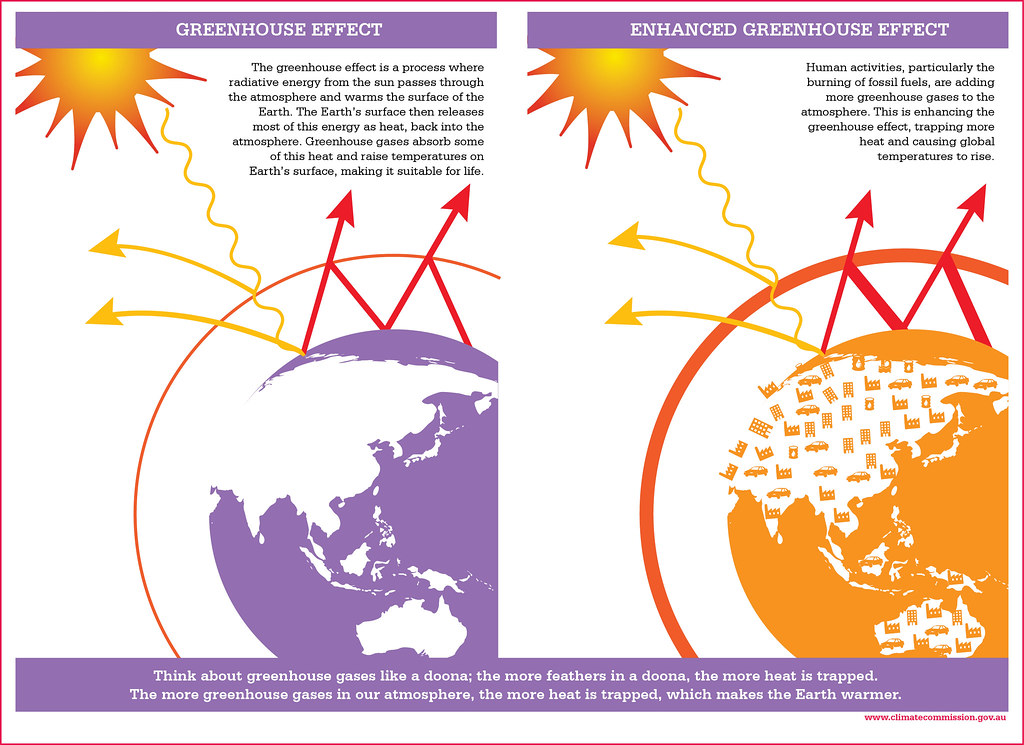 The Concerns with Climate Change on the Subject of Greenhouse Gases

This week’s Bonus Blog was written by Abbey T., a Bucktails alumni. Abbey enjoys studying animals in their natural habitats as well as how their presence is able to impact the environment they live in. She isn’t sure what career she would like to pursue, but she is interested in possibly being a biologist, environmentalist, or doing something in Nature Conservation. Abbey wanted to attend the Academy because she really wanted more experience in conservation and ways that she could apply that knowledge.

The term greenhouse gases are quite familiar, and I could guarantee that you have heard it before. However, most people can only link the term to climate change, which of course, is accurate, though somewhat lacking in regard to having an understanding of the term. Greenhouse gases mainly contribute to the overheating of the atmosphere through the greenhouse effect; radiation can come from the Sun itself (in the form of solar radiation) and from human activity (in the form of “new” greenhouse gases). Generally, whether the radiation comes from the Earth’s surface or from the Sun, there is some radiation reflected, and some absorbed, by the Earth’s atmosphere. The absorption of different radiation in our atmosphere is the main concern, as in the process of it being absorbed, it warms the Earth’s surface; and in some cases, can significantly increase the number of greenhouse gases trapped in our atmosphere that are not naturally occurring.

The most natural greenhouse gases have the role of instinctively warming the Earth so that it can remain to be inhabitable. However, these added greenhouse gases — are usually stimulated by negative human activity that causes radiation and pollution. For example, chlorofluorocarbons (CFCs) come from typical human activities like air conditioning, refrigeration, and other objects like aerosol cans.— can cause direct “attacks” on the ozone particles that are in the Earth’s atmosphere. The ozone particles create a protective layer in the atmosphere that primarily shields the Earth from UV radiation. So, if there are more added greenhouse gases, not only will they heat the Earth, they have the ability to break down the amount of O-zone particles, and other protecting particles, that help preserve our atmospheric “bubble” which protects the Earth itself.

Overall, I am sure you also know the effects that climate change is having on the environment. It seems almost daily now that we hear of another natural disaster occurring somewhere in the world, or another hurricane forming, and these are things that have a correlation to climate change. Knowing that the increase of these added greenhouse gases is causing these impacts, you can understand that it is the heating of the Earth, and plenty of other factors, are causing more common natural disasters. Like the melting of the glaciers due to the rising temperatures in naturally cold areas of the Arctic, or more forest fires in California due to the dry climate that is causing the environment to be much more susceptible to the ignition of fires; the list goes on.

Of course, with any issue, there are solutions. We can initiate clean energy, find more environmentally friendly ways to conduct necessary human activities that are responsible for creating large portions of radiation, and more. However, dealing with climate change is not a one thing and done. Initiations have to be made that are preservable for the foreseeable future so that we can maintain the health of our Earth.

The graphic used in this blog was sourced from the internet. It can be found here.

← Lure Painting
Tracks in the Snow →