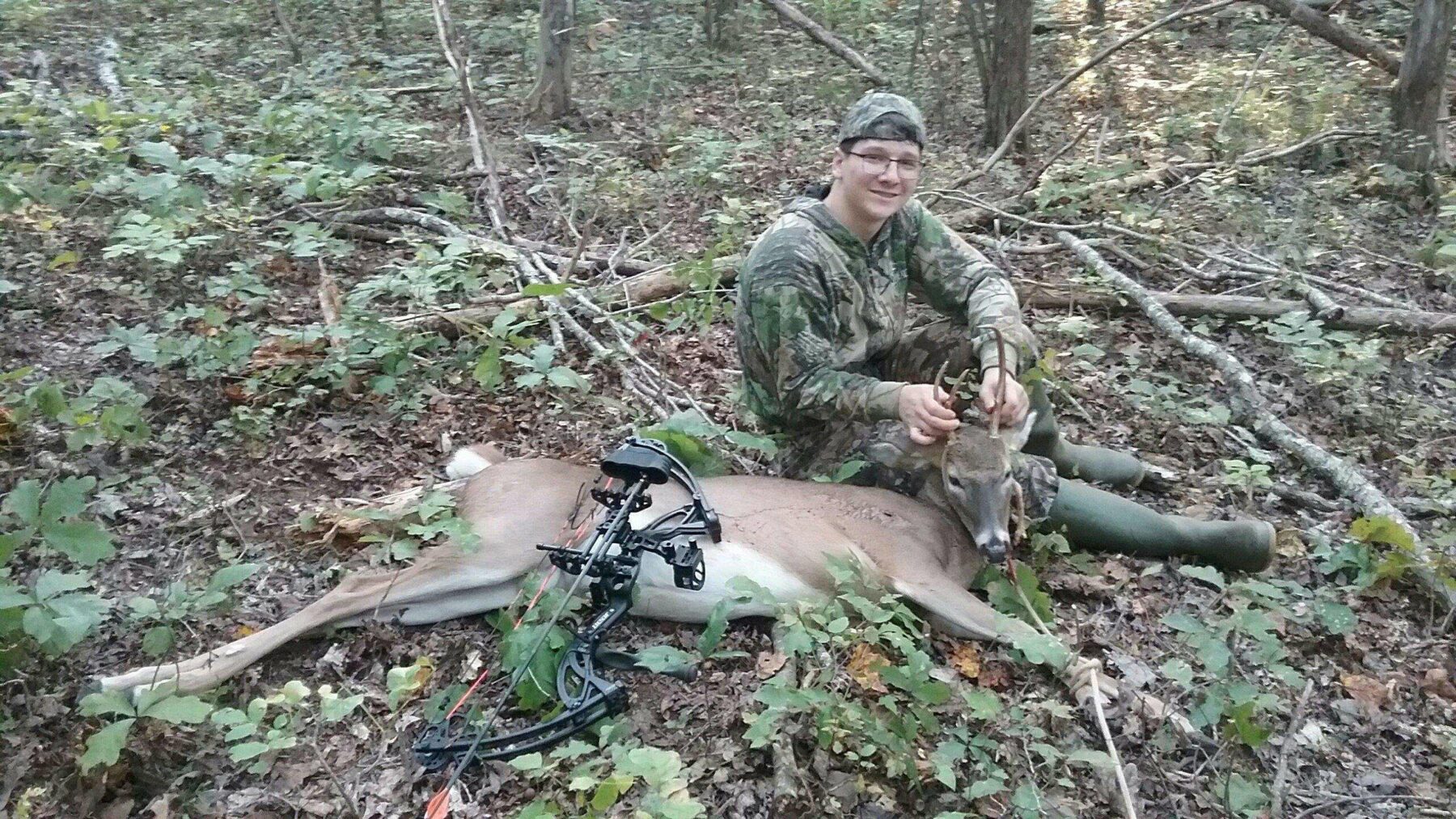 The Ethics of a Bow Hunter

This week’s blog was written by John P., a Bucktails and Gobblers alumni. He is a passionate hunter and conservationist. John’s plans after high school are to get his master’s degree and become a wildlife biologist.

Sitting in my tree stand here the deer came. One, two three, four, five, six, seven. Seven deer came walking by my stand and my trigger finger was getting itchy. Then here he came, he wasn’t huge but he was a shooter in my books. A nice small basket rack 8 point was closing the gap. Just for the record, I hadn’t shot a buck yet so anything with antlers would do, but this would be a great first buck for anyone. I lifted my bow off the hook and clipped on my release. Closer and closer the buck came and none of the deer knew I was there. I drew back ready for the shot with the buck walking into a gap, but I couldn’t tell how far he was, and for a bowhunter that’s a problem. I let down and watched him walk away. I didn’t get another shot at him or any other deer but had deer and turkeys milling around the whole evening. To say I was frustrated would be an understatement.

That night I went on Amazon and bought a range finder (a range finder is a device that shoots a laser at the target and records how long it takes for the laser to get back. Then it tells you the distance based on the time it takes for the laser to get back). The next time I got out was Thursday. I got set up and ranged just about every spot I thought deer might come out. About thirty minutes later here came a nice buck. I stood up and slowly drew my bow knowing he was just to my side of a tree that was twenty-five yards away. I settled my pin and squeezed the trigger. I watched in slow motion as the arrow buried home. To say the least, I was extremely happy with my first buck and with a bow made it even that much more special.

By now your probably thinking “John what does this have to do with ethics” and to that, I say that bowhunting has taught me many things but the most important thing is that you must know when and what shots to take. To this day I haven’t lost a single deer and I credit this to my dad who always made sure I understood that we were stewards of the land and that if we must take a life we will do it with one quick, clean, ethical shot.