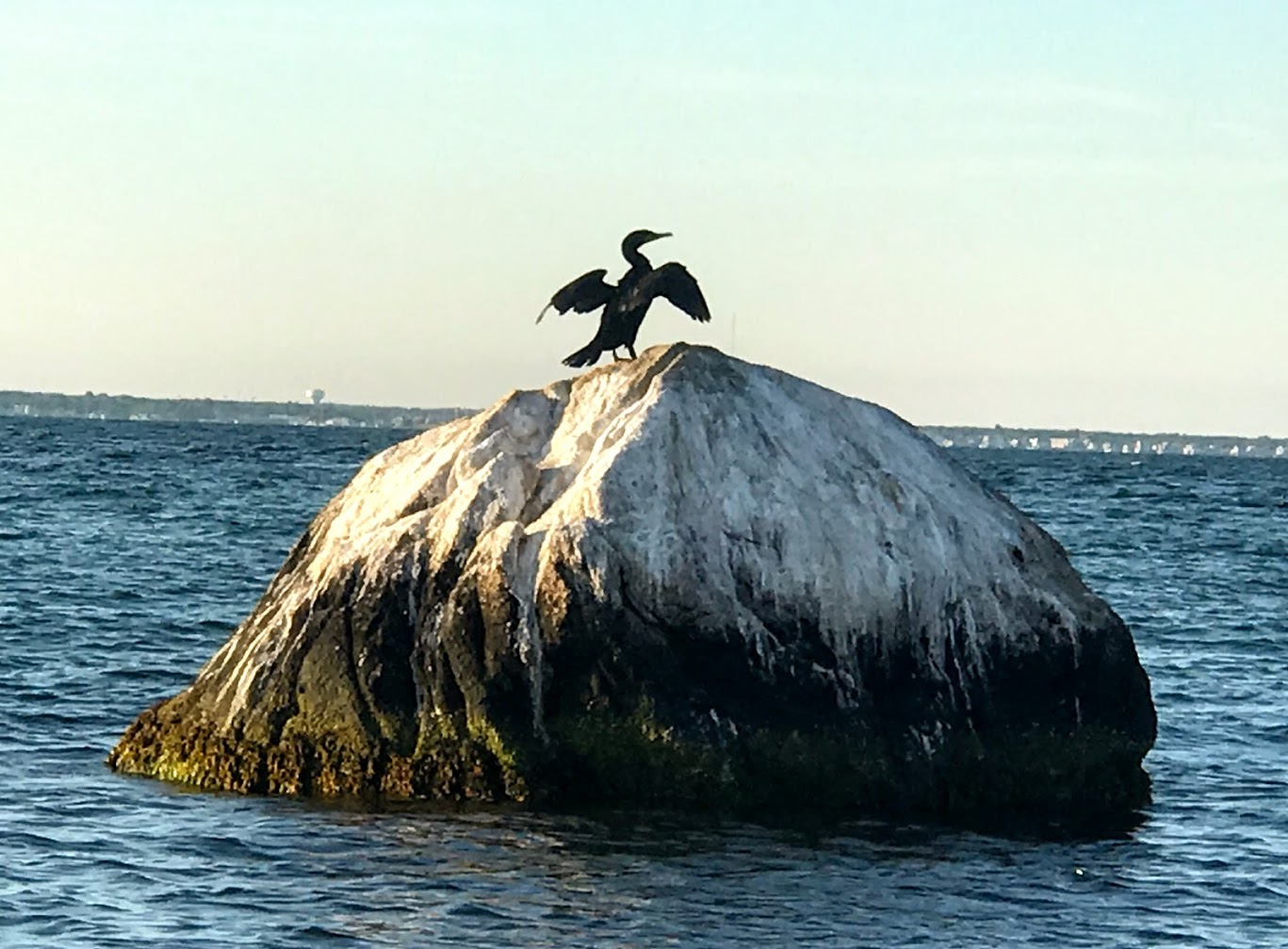 This week’s blog was written by Emma C., a Bucktails alumni. Emma is an avid student, ballet dancer, and nature lover. When not at dance or school, she enjoys hiking, photography, painting, watching musicals and movies, learning interesting histories, and especially reading. She is particularly interested in science. She was extremely excited to attend the Academy because as she puts it, nature is her, “safe place” where she feels at home. Her favorite quote is by the brilliant scientist Rachel Carson, “One way to open your eyes is to ask yourself, ‘What if I had never seen this before? What if I knew I would never see it again?'”

Martha’s Vineyard is a commonly known tourist attraction, renowned for its glistening beaches, inviting seaside shops, and fancy hotels. However, if you look closer, it is evident to see that a large portion of the island is not inhabited by humans at all, but rather contains a lively and beautiful nature reserve. I was fortunate enough to visit the storied island this past summer and was completely enamored by the majestic scenery. Perhaps my favorite moment occurred during a quiet, lone beach walk. Being from a rather inland place, I have never had much opportunity to observe seafaring birds. Needless to say, I was extremely excited when I saw two, what appeared to me, massive and majestic black birds serenely sunning themselves on a rock. The beach was almost completely empty, and it felt like the birds and I had the entire sunset-lit waters to ourselves. With their wings stretched far and wide in the setting sun, it was a picture perfect moment, and I was dazzled by their immense presence. I had no idea what type of birds they were, but was immediately intrigued. As I later learned, I was observing double-crested cormorants or Phalacrocorax auritus.

Double-crested cormorants are large birds (70cm to 90cm in length) that appear black or at least dark brown in color; though juveniles usually have a duller brown appearance. They have long necks, large beaks, and relatively short wings. Although from far away they appear one-tone, up close they are quite colorful with bright orange on their beaks and throats and vivid blue-green eyes. This palette is enhanced even more during breeding seasons when their eyelids appear bright blue, and as a finishing touch, they receive two curly, black crests on their heads giving them their name (these crests appear white in cormorants from Alaska). Cormorants’ main diet is fish. As such, they spend most of their time hunting for food, and then subsequently finding an elevated perch to dry their wings. This is perhaps one of their most notable features. Their wings — not just noteworthy for their dramatic stance — but more so for the fact that, unlike similar seafaring birds, their wings are surprisingly not waterproof. Novices to the New England beaches often gaze in wonderment as to how such a species can be at once so at home by the sea yet adorned with oilless feathers.

I was rather curious about them, as well. Yet, none of the information I discovered was particularly surprising to me. They seemed like the magnificent and beautiful creatures I observed them to be. However, soon I stumbled across something I did not expect: the great controversy surrounding this seemingly innocent bird. To some, they are an oppressed species, used as a scapegoat by those harming the environment. To others, they are public menaces that need to be stopped. As such, their population has ebbed and flowed over decades, and to this day, their healthy place in the ecosystem is still heavily debated.

As with many species, the cormorant population plummeted when European settlers arrived in the Americas. Although not usually eaten, their meat was still used as bait as fishermen did not like the competition the cormorants presented, leading to a rapid decimation of their population. Their numbers did improve a bit in the first half of the twentieth century as people moved off islands in New England, but as soon as their populations began to rise, they were once again seen as a menace and heavily culled. The introduction of DDT was almost a final blow to the cormorant, as it thinned their eggshells leading to many broken and unhatched eggs, as well as deformed hatchlings. However, as DDT was banned and the cormorant became protected under the Migratory Bird Treaty Act, their population started to rise, and they have made a major comeback recently.

Accompanying this otherwise welcomed growth in population, a great controversy has arisen. Proponents of culling claim that the cormorants pose a major threat to aquaculture, and are rapidly reducing fish populations. In addition, they complain of destruction of vegetation and unfair competition with more valued species. The range and nesting areas of cormorants has definitely increased as well, most notably in the Great Lakes region. However, biologists cannot seem to agree if cormorants are returning to their natural habitats, or invading new areas. Cormorants also have highly acidic guano, which cannot only damage cars and buildings but flora as well. For these reasons, many people would like to limit cormorant populations, and the U.S. Fish and Wildlife Service has made concessions, allowing 18,000 cormorants to be culled across the Midwest this past summer.

On the other side of the spectrum, opponents claim that culling populations of cormorants could have negative effects on other bird species, far worse than the effects of cormorants themselves. When culling eggs, managers can accidentally do great damage to eggs of other species. In addition, empty cormorant nests offer great benefits for gulls that already have overabundant populations. Scientifically speaking, although the cormorants’ numbers have increased recently, they are still far from achieving the populations they had before European settlement. If we use that number as a baseline for their population, cormorants are still on a long road to recovery. Cormorants in general seem to have an image problem. In pop culture, they are almost always presented in a negative light, and despite eating less fish than continually loved pelicans whose populations are also rising, cormorants are still seen as the greedy ones.

In the end, it seems that neither the opponents nor the proponents of culling cormorants are completely correct. Instead, as with most things in nature, the situation is more nuanced than “to cull or not to cull”; nature has a careful balance that must be maintained through diligence and research. The debate over cormorants represents the larger overall issue faced by wildlife managers everywhere: how do we manage our human activities side by side with those of nature, and how do we fix the damage we have caused to certain species without causing more to other species? These are the questions we must continue to ask ourselves as we try to create healthier environments everywhere. For now, I will continue to stare dazzling in awe of these creatures. They are quite beautiful if only you look a little closer; say nothing of their unusual habit of standing so proudly, wings aspan to dry in the ocean breezes after taking a tasty dip for an evening meal.