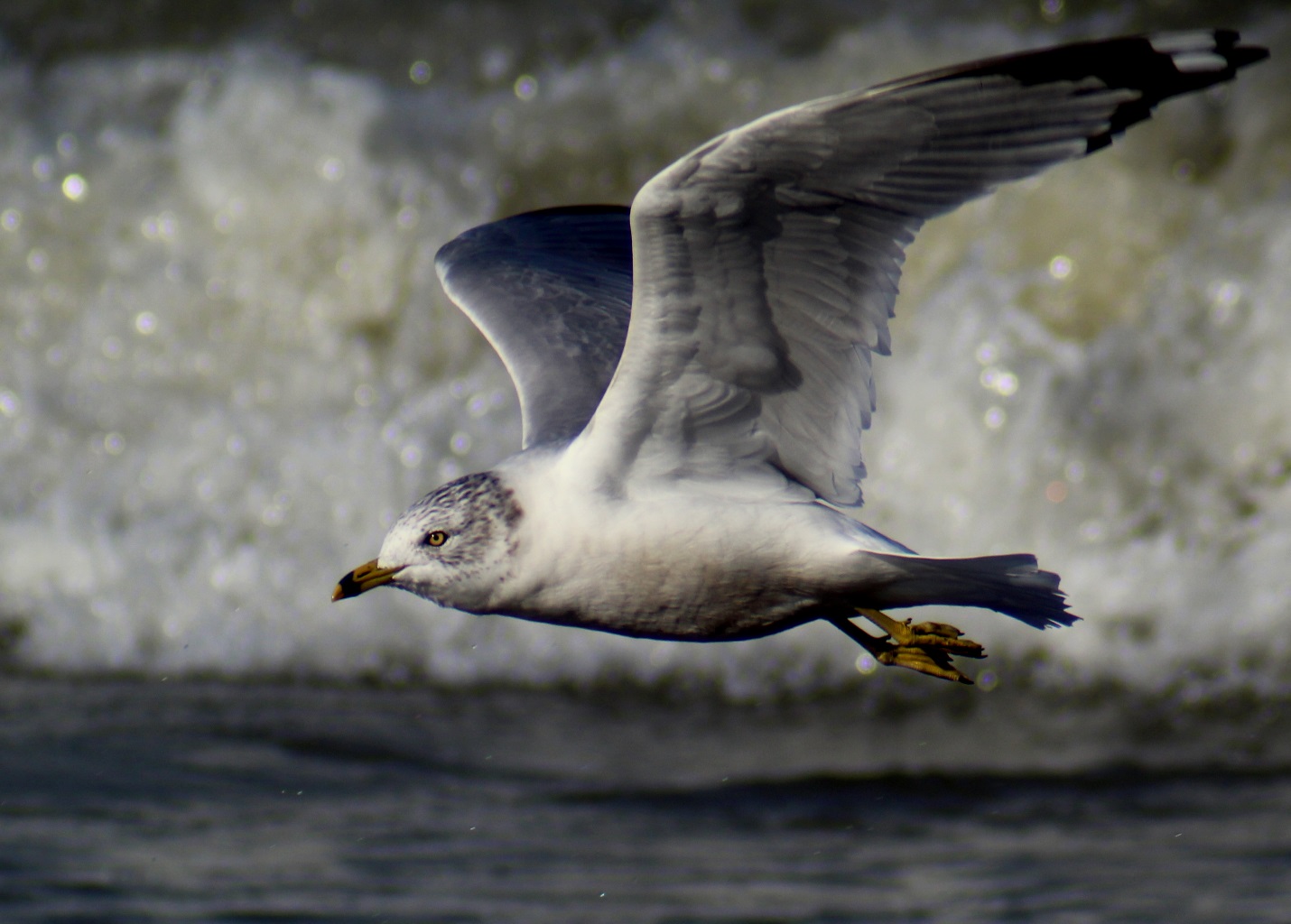 This week’s post is all about a seabird, whose distinct features and attitude have made it a common part of the beach-going experience.  Peter L., a monthly blog correspondent, writes all about these birds, giving us the facts about them as well as his beautiful original photographs! 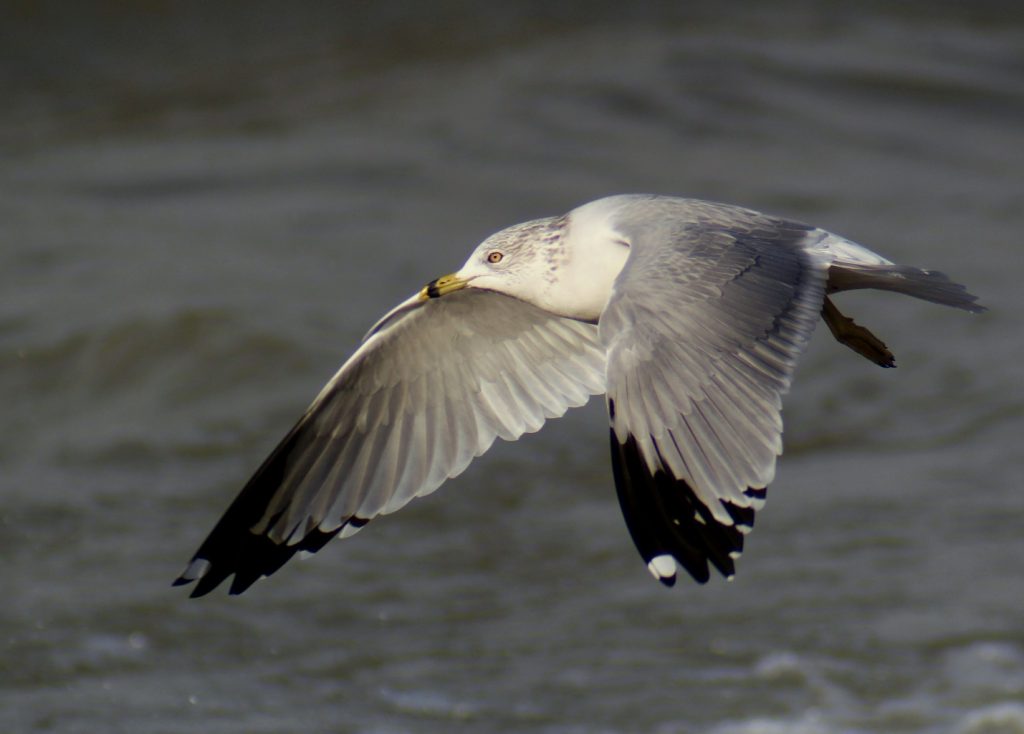 Ring-Billed Gulls typically live near water, although some live in urban or suburban areas, often near landfills where they eat garbage. They always nest near water, in colonies ranging from 20 to tens of thousands. Many Ring-Billed Gulls return to breed at the same colony where they were hatched. Nesting sites are often reused from year to year. Nests are built on the ground, and lined with twigs, grasses, and mosses. Clutch sizes are usually 2-4 eggs. Eggs are incubated for 3-4 weeks.

Most Ring-Billed Gulls migrate south in the winter. The only area where they live year-round is near the Great Lakes. Ring-Billed Gulls seem to have a built-in compass; chicks only a few days old show preference for the magnetic bearings that would take them in the appropriate direction for their fall migration! Ring-Billed Gulls are quite adaptable and can live a very long time. The oldest known Ring-Billed Gull was at least 27 years old!

← One Track…Diet?
Walking with Mangroves →