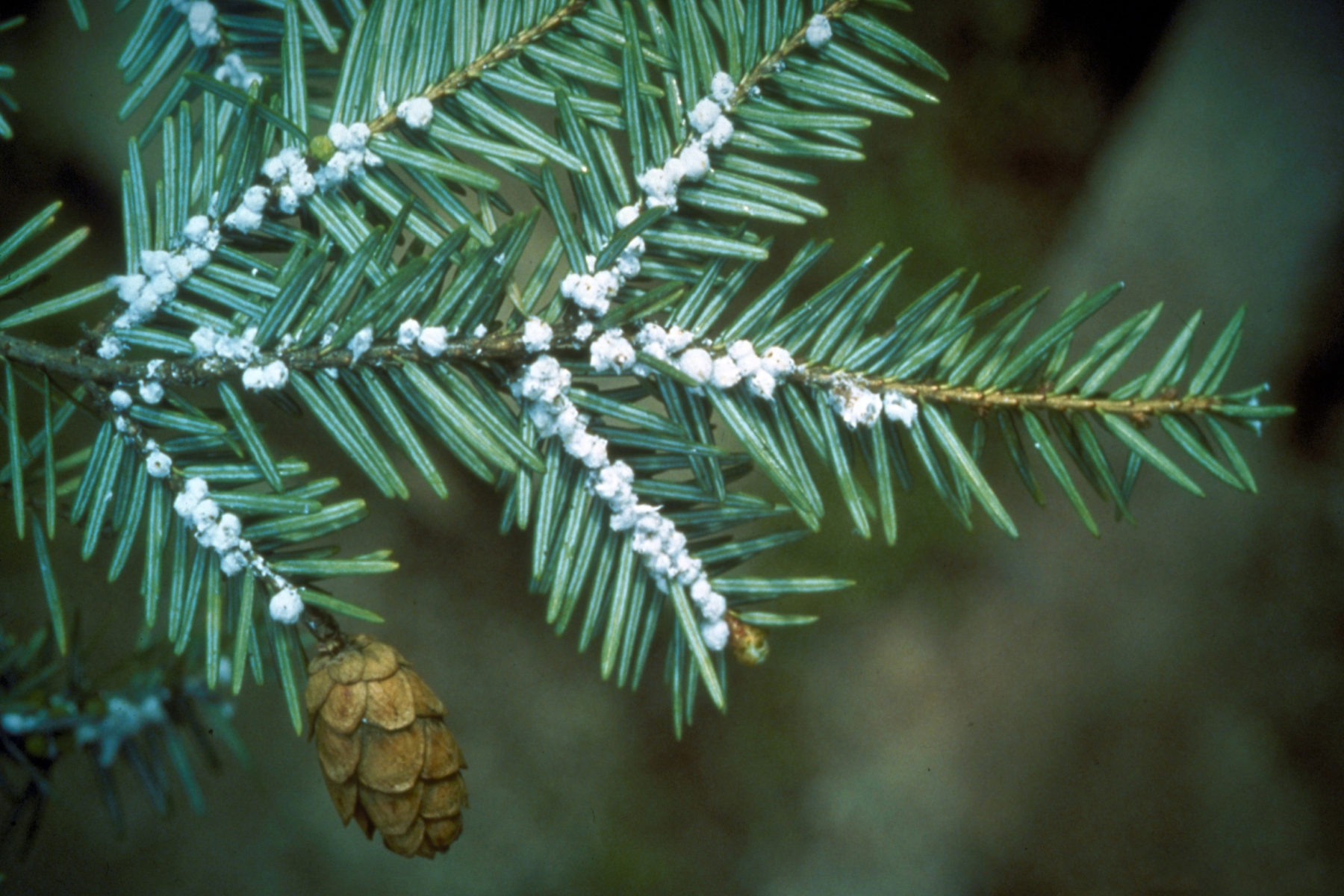 This week’s blog was written by Laura M., a Bass alumni. She writes about the plight the Eastern Hemlock tree is facing.

The eastern hemlock is the beautiful tree that is also Pennsylvania’s state tree. However, it is in serious trouble. A small little insect called the hemlock wooly adelgid (HWA) has been wreaking havoc on these trees, causing thousands of trees to die.

This little insect was unintentionally introduced into Virginia in 1951. It came from Japan, most likely on ornamental hemlocks. From there, it spread slowly until the 1980s. Then, it reached natural hemlock forests where it began to spread quickly and kill trees by the thousands.

The adelgids hurt the trees by feeding on the sap. This interferes with the tree’s ability to use nutrients. This then results in needle drops and branch diebacks. Because of these two things, the trees eventually die. Because of the destructive nature of the HWA, the DCNR Bureau of Forestry and other organizations have begun using an integrated pest management system to reduce the populations of the insect. This management system contains multiple aspects including biological control, insecticides, silvicultural, and tree breeding for host resistance.

Biological control is mainly used in forest situations where there is access to lower branches. With biological control, beetles that feed solely on the HWA are introduced to reduce the populations of the insect. Insecticides are either injected into the tree or applied to the soil (for the tree to take up in its roots) to prevent new infestations. Silvicultural control is replanting areas affected by the adelgid with other trees that aren’t affected by it. This helps a stable ecosystem to be reestablished Tree breeding for host resistance is where trees resistant to the HWA are developed. Then, these trees are planted to restore hemlock forests.

Populations of the eastern hemlock are declining. However, populations are being restored. Integrated pest management systems are being used by multiple agencies to help control these devastating insects. So hopefully in the future, beautiful hemlock forests will be restored for everyone to enjoy.

The photos used in the blog were sourced from the internet! They can be found here and here.