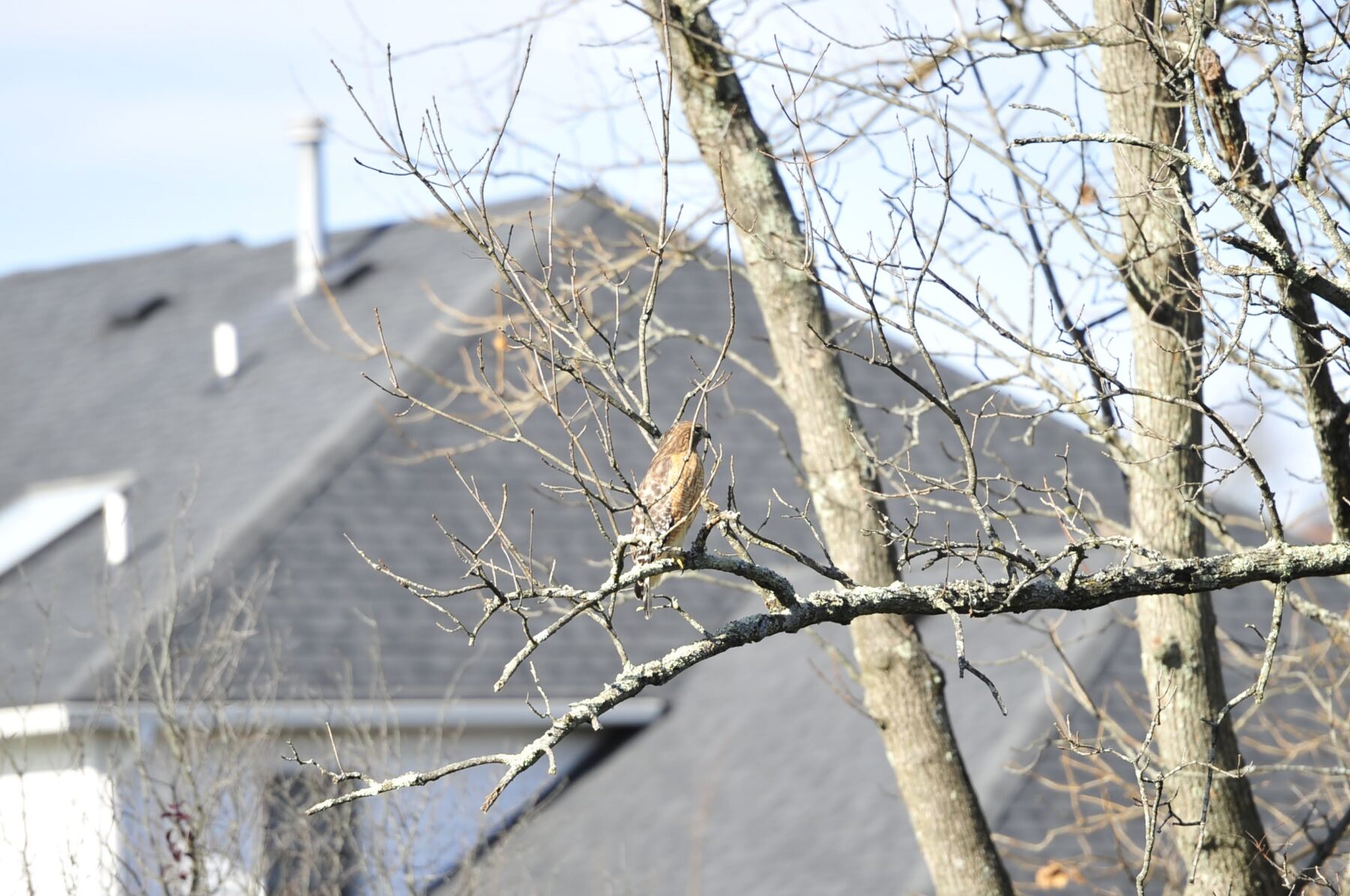 This week’s blog was written by Melinda J., a Bucktails alumni. Melinda has been interested in nature throughout her life, which is why she attended Wildlife Leadership Academy. She enjoys watching shows, reading books, and learning. Eventually, she would like to find a career in STEM.

During school days, I like to look out the window and see what’s going on in the world outside my house. Usually, I see rabbits, deer, or squirrels, but one day I noticed a lone figure sitting on a tree. I’d never seen a bird that large right outside my house before and wished to go out to see what it was. Unfortunately, it flew away before I could get a close look, and I didn’t see it again until a month later.

My English teacher was discussing Jane Eyre when I noticed that the bird was perched where I had previously seen it. Once the class had ended, I sprinted downstairs and observed it from the deck. It was still too far to see clearly, but I could tell it was a hawk and got some pictures before it flew away. With a little research, I discovered that it was likely a red-shouldered hawk based on its appearance.

In southeastern Pennsylvania, red-shouldered hawks can be seen year-round, although they are uncommon. The species is present throughout the year mostly in California and the southeastern United States and in the northeast during the breeding season. Their distinct reddish-orange underside and checkerboard-like wings and tail make them easy to identify even from afar. In addition to their unique appearance, these hawks make a clear whistle, often in the spring. Red-shouldered hawks live in tall woods, usually by rivers and swamps. They like to perch at the tops of tall trees and swoop down once they catch sight of prey, which are usually small mammals, reptiles, amphibians, and birds such as chipmunks or frogs.

Female red-shouldered hawks lay around three to four eggs that are pale blue with brown or lavender splotches. While the female incubates the eggs, the male will bring food and sometimes sit on the eggs when the female eats. Similarly, the male will provide the female and the young with food for the first few weeks after the offspring hatch while the mother stays with them. Young hawks can leave the nest after five to seven weeks, but their parents will still feed them for a few weeks after.

I hope to see the red-shouldered hawk again soon and continue to learn about this bird. It’s worth the time to look out the window and find something new.

← Of Marshes and Wetlands: A World of Interdependence
Rivercane’s Legacy and Future →