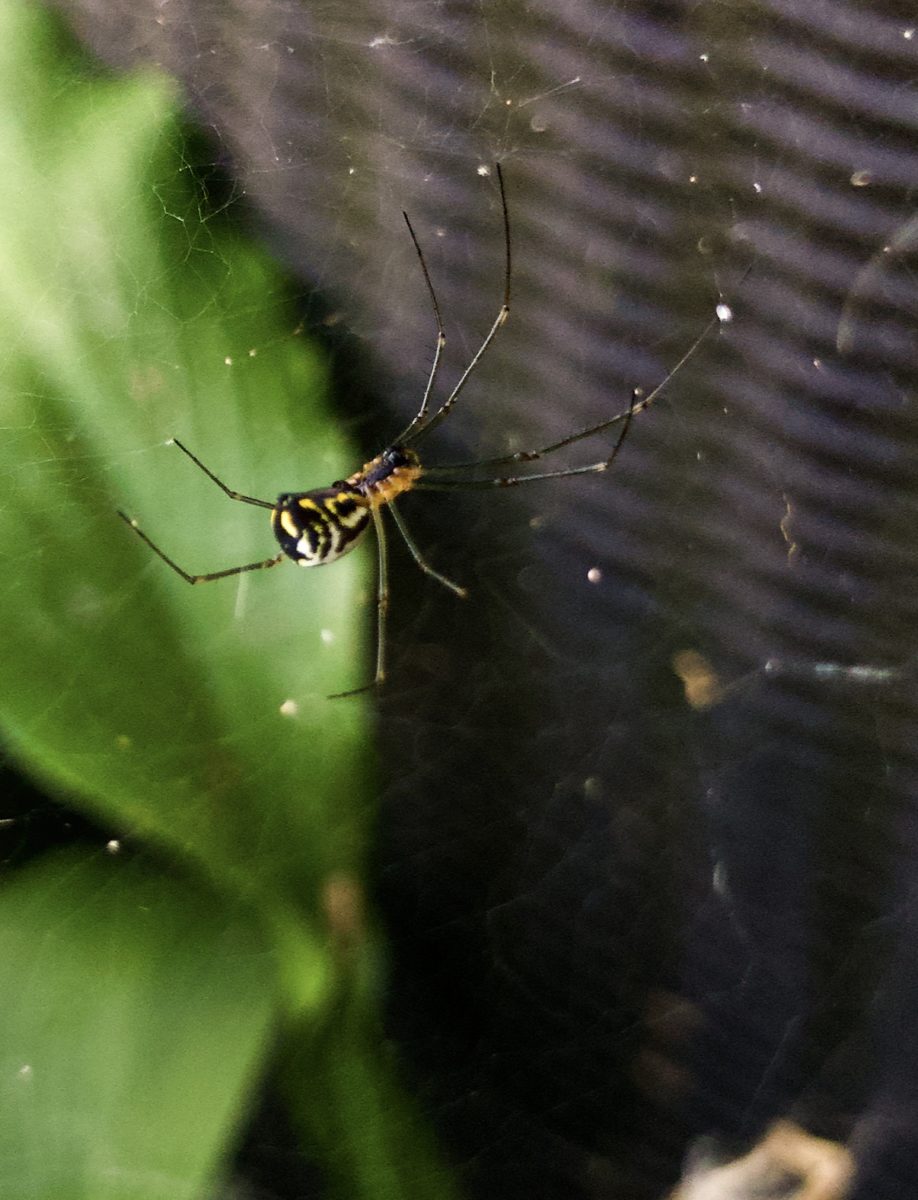 This week’s blog was written by Paige F., a Bass alumni. She shares some fascinating facts about arachnids.

With fangs, eight legs, and numerous sets of eyes, spiders are one of the most feared creatures, and while some of this fear is deserved, much of it is misplaced. Spiders are arachnids, sharing the category with mites, scorpions, and ticks, they all have two body segments and eight legs. Spiders have many amazing adaptations as well, namely their silk-spinning glands. While it is quite well known that spiders use their silk to spin webs to catch prey, they can use it for many other purposes such as wrapping up prey for later, creating egg cases, and even traveling. If a strand of spider silk was made to be as thick as a rope, then it would be even stronger than steel, yet still flexible. The impressive qualities of spider silk are why many scientists work to create it artificially.

They have a set of fangs known as chelicerae that they use to inject venom and a pair of arm-like appendages known as pedipalps. The pedipalps can be used to hold prey while the spiders eat. The hairs on some species act as a way of hearing, by sensing vibrations, and a defense that can deter predators. In the case of very few, the hairs can be ejected as another defensive attack. Spiders are one of the best when it comes to keeping pests to a minimum. Their webs catch a menu of the insects that may otherwise eat crops or plants in gardens. Once a spider catches an insect, they inject it with digestive fluids or enzymes to break it down into a liquid that they can drink. Rather than just sitting and waiting on a web, some spiders will chase down their prey and inject them with a venom when caught. This venom will paralyze the prey and is also the reason that spider bites will swell or have adverse effects. Most people fear the bites of these spiders, the fear is deserved when it comes to some sources with deadly bites, but for the majority, there isn’t anything to fear. Almost every spider would rather run than fight and when they do bite it’s out of self-defense. Only three species out of the 37 found in Pennsylvania are dangerous and may cause severe reactions.

In the end, it’s a much better idea to allow spiders the ability to build their webs, especially if they are in a place that’s rarely visited. The spiders are very beneficial with their pest control and have amazing adaptations.