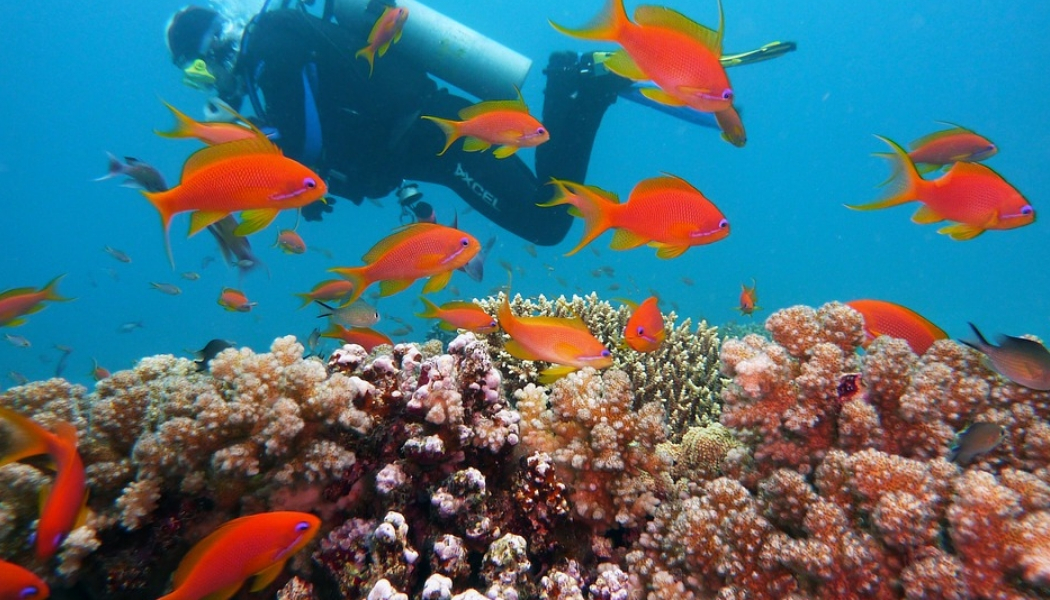 This week’s Bonus Blog was written by Emma O., a Drummers Alumni! She lays out some compelling information about coral reefs, and how Pennsylvanians can help protect them, even if we don’t have an ocean nearby.

Living in Pennsylvania is quite a rewarding experience. There is an abundance of beautiful, old-growth forests, wildlife such as white-tailed deer and turkey, and a community of people who truly care about our environment. In our state, we have forest ecosystems, marshlands, select grasslands, and an abundance of rivers and streams. However, one major ecosystem that is more difficult for Pennsylvanians to see is ocean ecosystems.

They are diverse, chock-full of interesting species, and, most of all, beautiful! Coral reefs are a major part of ocean ecosystems. They are fascinating in that the organisms living among the reefs work together to keep their home balanced. Many fish live in the reef, eating algae that might otherwise suffocate the coral. However, small animals also play a large part in coral reef health. Sea worms and snails filter matter floating in the water and eat algae, while sea squirts eat phytoplankton. Sea anemones have even forged symbiotic relationships with ocean life, like crabs and fish. Anemones hide the species, while the crabs and fish protect the anemones.

Along with having a higher level of biodiversity than any other ecosystem on the planet, underwater forests provide many benefits to people across the globe. Coral reefs provide food, medicine, and economic value to many countries. Currently, scientists are researching the chemical compounds produced by sea sponges for potential medicinal benefits. Almost 25% of all fishermen harvest species housed in coral reefs!

Coral reefs also act as natural buffers for coastlines against hurricanes and typhoons, major storms that are becoming increasingly imminent. From an economic standpoint, coral reefs generate billions of dollars to the global economy, as well as provide millions of jobs. Tourism is also a major benefit of coral reefs, with many people enjoying them by snorkeling, scuba diving, and sunbathing.

Coral reefs are quickly dying due to many factors, with most being tied to climate change. Firstly, coral reefs can become bleached if they are not within their narrow temperature tolerance range. If temperatures rise one degree above pre-industrial ocean temperatures, there is a major risk that all coral reefs will quickly die. When coral reefs are bleached, they expel symbiotic algae, which deprives them of their main food source. Additionally, rising sea levels strips coral of the sunlight that is essential for their development. Another major influence on coral reef death is ocean acidification. With increasing levels of carbon dioxide in the air, the ocean has begun to absorb more and more of the gas. Because of this rise in water acidity, it is more difficult for coral reefs to calcify their shells to survive; weaker shells means that the coral is more at risk of destruction from major storms.

Now that more people know that coral reefs are at risk of eradication, they are finding ways to help, no matter their location. In Pennsylvania, we may not be close to an ocean for coast side clean-up, but there are still important ways to contribute to the cause: First, protect your local waterways! By using less water, there will be less harmful runoff flowing back into the ocean. Protect your local watershed for the same reasons by picking up pet waste and buffering streams. Second, use energy efficient light bulbs. Using longer-lasting light bulbs helps to reduce carbon dioxide emissions, which can help the issue of climate change. Third, reduce pesticide use. Too many nutrients in water from chemical runoff can contribute to algae growth, which is harmful to coral because they block sunlight.

Protecting coral reefs is a worldwide effort, and one does not have to live on the ocean to help protect this essential-and breathtaking-marine ecosystem. I challenge you to think outside the confines of your state, and to start considering the environment and its challenges on a global level!

The images in this blog were sourced from Pixabay. The first image can be found here, the second here, and the cover photo here.