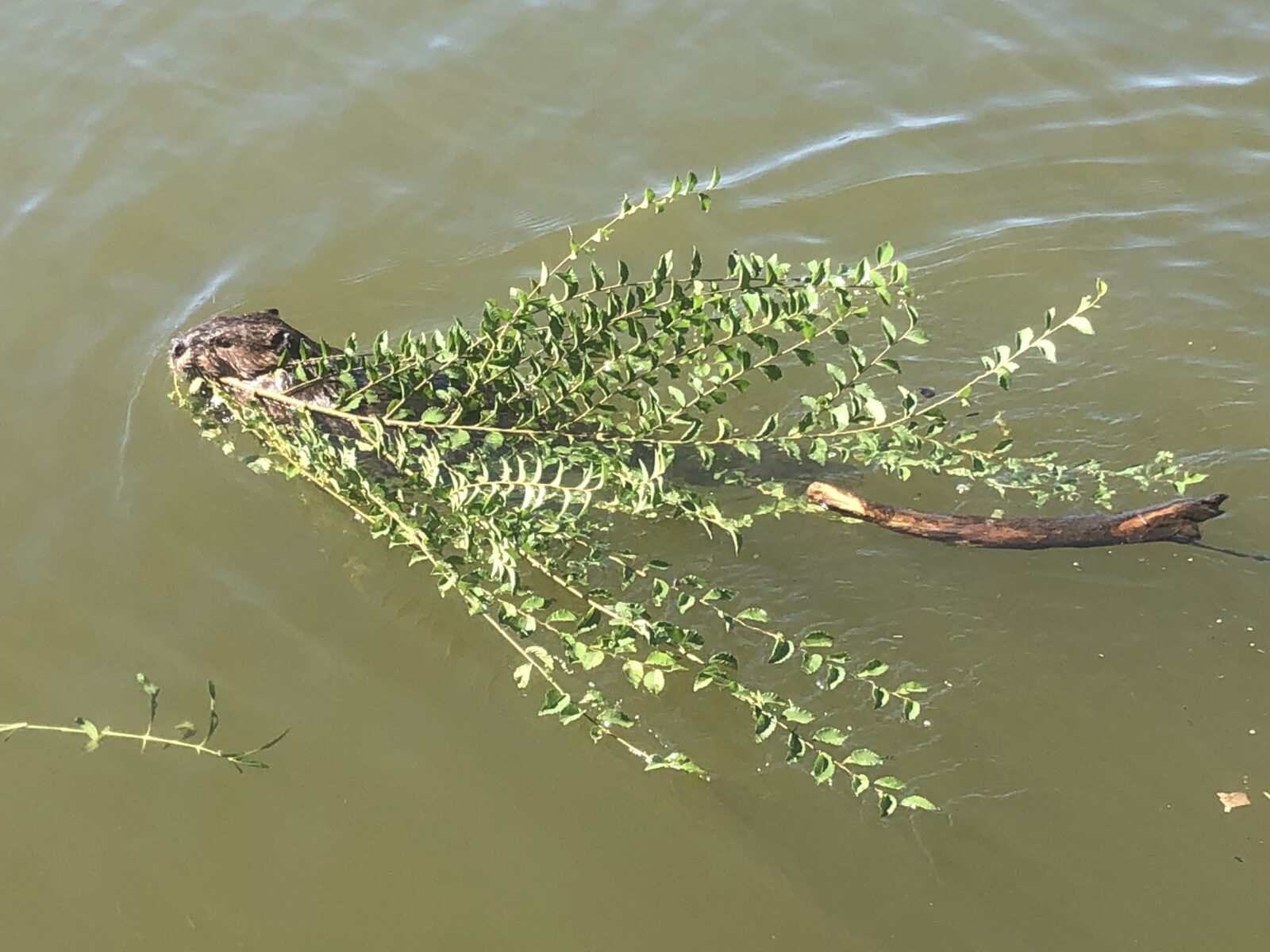 Crunchy Feast at the National Mall

When people want to observe wildlife, they usually visit the state and national parks, or other wilderness areas. However, there is no need to travel far to meet many bird or mammal species. Rabbits, squirrels, opossums, and foxes thrive in many large cities. No one gets surprised to spot rats, sparrows, ducks, or doves in almost any metropolitan area.

Often when I take the metro to Washington DC, I see woodchucks and deer. Occasionally, even more shy predatory animals such as bobcats and coyotes approach densely populated human settlements. Unfortunately, I missed a young black bear who managed to get to the metro station in front of the National Institutes of Health busy campus in Bethesda, Maryland. Commuters found it climbing on a pine tree a couple of years ago. People in the Northwest might be more used to meet bears in cities, but on the East Coast, it is quite unusual.

This fall, I was surprised by another unexpected species happily swimming right in downtown Washington DC. I walked around the Tidal Basin, a water reservoir between the Potomac River and the Washington Channel when I heard a weird crunching sound. As I bent over a handrail and searched the water, the cracking sound was getting stronger. I could not believe my eyes when a flat tail appeared just two feet from me. I checked it twice, but the large front teeth and fuzzy fur could not belong to anything else than a huge beaver. It was enthusiastically feasting on a small bush growing above the water across the Thomas Jefferson Memorial. When the beaver got tired of me frantically taking its pictures, it just grabbed a branch with a couple of leaves and swam holding it in its mouth along the bank. I understand that because of their appetite for trees including the famous cherry trees, beavers might not be popular in the capital city, but for me, it was very exciting to observe a very active beaver, just a short walk from the White House.