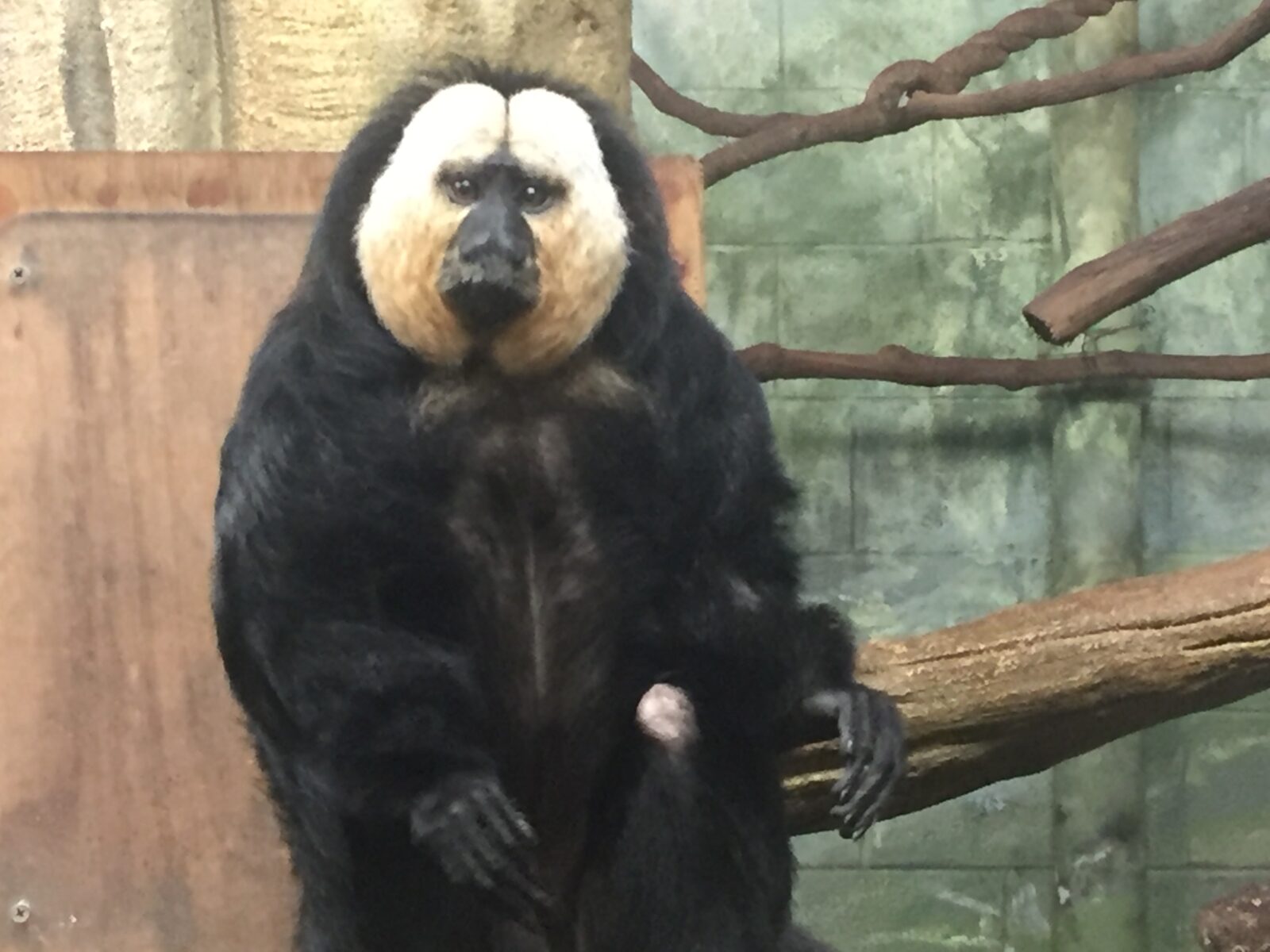 This week’s blog was written by Maddy C., a Ursids alumni. She loves learning about animals. Maddy thinks that the variations among species are fascinating and she likes researching animals that may not be appealing to other people. She is looking to major in animal sciences in college and become an animal behaviorist.

I have always loved going to the zoo because it allows me to see animals that I would otherwise only see on documentaries and TV shows. Because I love the zoo so much, I have become an education volunteer at my local zoo, Elmwood Park Zoo (EPZ). EPZ is located in Montgomery County, Pennsylvania, in the suburbs of Philadelphia. Though it is smaller than the Philadelphia Zoo, EPZ has a particular charm because the traffic is not as heavy and the zoo itself is less crowded. EPZ has some very unique interactive activities like feeding the giraffes, bison, or birds and petting goats, sheep, and donkeys in the barn. There are also seasonal changes like “Boo at the Zoo” in October and “Wild Lights” in December. EPZ provides many opportunities for fostering animal passion in youths like summer camps and educational activities. I, myself, have run some of the educational activities, including teaching children about blubber in animals and differentiating between the patterns of various big cats. Sometimes, I even educate adults on the different animals in the zoo. Educating people about animals is one of the best parts of volunteering at the zoo.

Though there aren’t a lot of “perks” to volunteering at the zoo, one of my favorites is getting free admittance to the zoo before and after scheduled shifts. What I mean is, you can show up early for your shift and wander around a bit or leave a little later to do the same. Since people come and go at different times, my position as an education volunteer isn’t always very active. While waiting to greet the next guests, I enjoy observing the animals and trying to learn their names. Since I’m most often stationed in the Trail of the Jaguar (ToJ), I’m most familiar with the animals there. EPZ has three jaguars: a mother and father named Inka and Zean, respectively, and their daughter Luna. There are also 2 sibling cougars (or mountain lions) who share a large, open enclosure. The ocelot found in the center of the ToJ named Mateo is typically sleeping because ocelots are nocturnal. There are also non-feline animals in the ToJ including burrowing owls (Dorothy and Oz), Montezuma quail (Monty and Zumi), chuckwallas, desert tortoises, and wood rats. Penny the alligator also stayed in the ToJ for a small period of time while her enclosure was being repaired from a flood. There are also other stations that I have volunteered at.

Though I don’t know the names of most of the animals at the other stations, I have spent a decent amount of time there. One of my favorite stations is the barn because it acts as a petting zoo for donkeys, goats, and sheep. At the entrance of the barn, there are two donkeys: a gray female named Jenny (because female donkeys are called jennies) and a spotted male donkey named Pickles. Further in, there are many goats and sheep including Boer goats, Nigerian dwarf goats, and Jacob’s sheep. Personally, petting the donkeys, goats, and sheep is a highlight of the zoo experience. In addition to the barn, there is the Wildlife Lodge. Here, you can find various reptiles like snakes, turtles, Penny’s indoor exhibit, and the green iguana, Michael who shares an enclosure with the white-faced saki monkeys and therefore can be found inside or outside. In addition to reptiles, you can find various frogs like the Borneo eared frog, the red-eyed tree frog, and many species of poison dart frogs. Where many people find the most interest, however, is in the mammals: the American straw-colored fruit bats, golden lion tamarins, and white-faced saki monkeys. The white-face saki monkeys are a family of four, a father, son, mother, and daughter. The females can be differentiated from the males by color; females are mostly gray with white streaks on the face and males have black bodies and white or cream-colored faces. It’s fun to watch their behaviors with one another as a familial unit. It may seem like I’ve described all the animals at this zoo, but I’ve only covered half of them. If you want to see the animals in person and meet the ones I haven’t described, visit the Elmwood Park Zoo in Montgomery County, outside of Philadelphia, Pennsylvania. All in all, experiencing EPZ first-hand as a volunteer has been an extremely educational and fulfilling opportunity for an animal-lover like me.