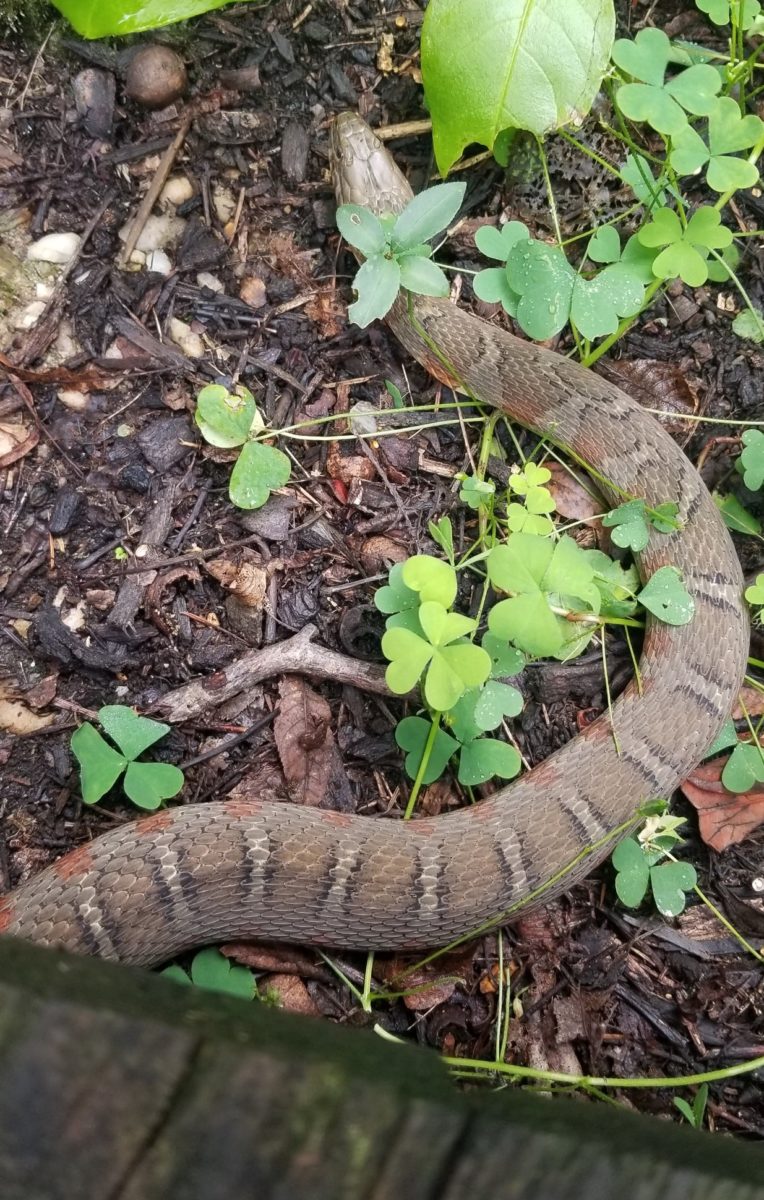 This week’s blog was written by John B., a Brookies alumni. John is a senior in high school. He found out about the academy from his Chinese teacher who thought that he would enjoy it. John figured he would enjoy the camp because he enjoyed a conservation camp that he attended previously. John loves spending time outdoors, and often goes fishing. His plan is to attend college next fall to pursue biology and possibly Chinese too.

One day, I was enjoying a normal summer’s day at my work here in Lancaster County. I work at a miniature golf course that is especially known for its extensive landscaping. On the larger course, there are many waterways that flow through a wooded area with flowers all over as well. A customer came off the course and said, “We enjoyed our game except for the dead snake on the course.” I told them that I would go remove it.

When I got to where they saw him, I found a Northern Water Snake curled up in the bushes. He didn’t look dead, and when I poked him with the shovel, he just ran away. This was the start of my friendship with this snake, now known as Eddy. He is a beautiful, healthy Northern Water Snake with a greyish back but a red and white striped underside. The golf course has it all when it comes to Eddy’s needs. Being a Northern Water Snake, he needs prey such as frogs, toads, and fish which there are plenty of. I told other employees about him, and someone eventually found where he lives. Now, every time I go on a course check, I look to see if Eddy is home. I often find him in his original spot in the bushes on a sunny day or curled up under the bridge where he lives. I find it so interesting to be able to observe a wild animal like this going about its day.

Not everyone shares my fascination though. One time a customer screamed after she saw Eddy coming out from under the bridge. I wish that people could appreciate snakes more and realize that snakes have no intention of harming them. Their first line of defense is their camouflage, preferring not to be seen in the first place. Most snakes will then run away if they see you advance. I have never tried to hold Eddy, mostly out of respect, but have held other wild snakes and haven’t been bitten. I often see garter snakes, and they don’t seem to mind handling if you are gentle.

Overall, these underappreciated animals deserve our respect for the specific niche they occupy in our environment. I can vouch for Eddy that, as the folklore claims, there is no evil found in his character.