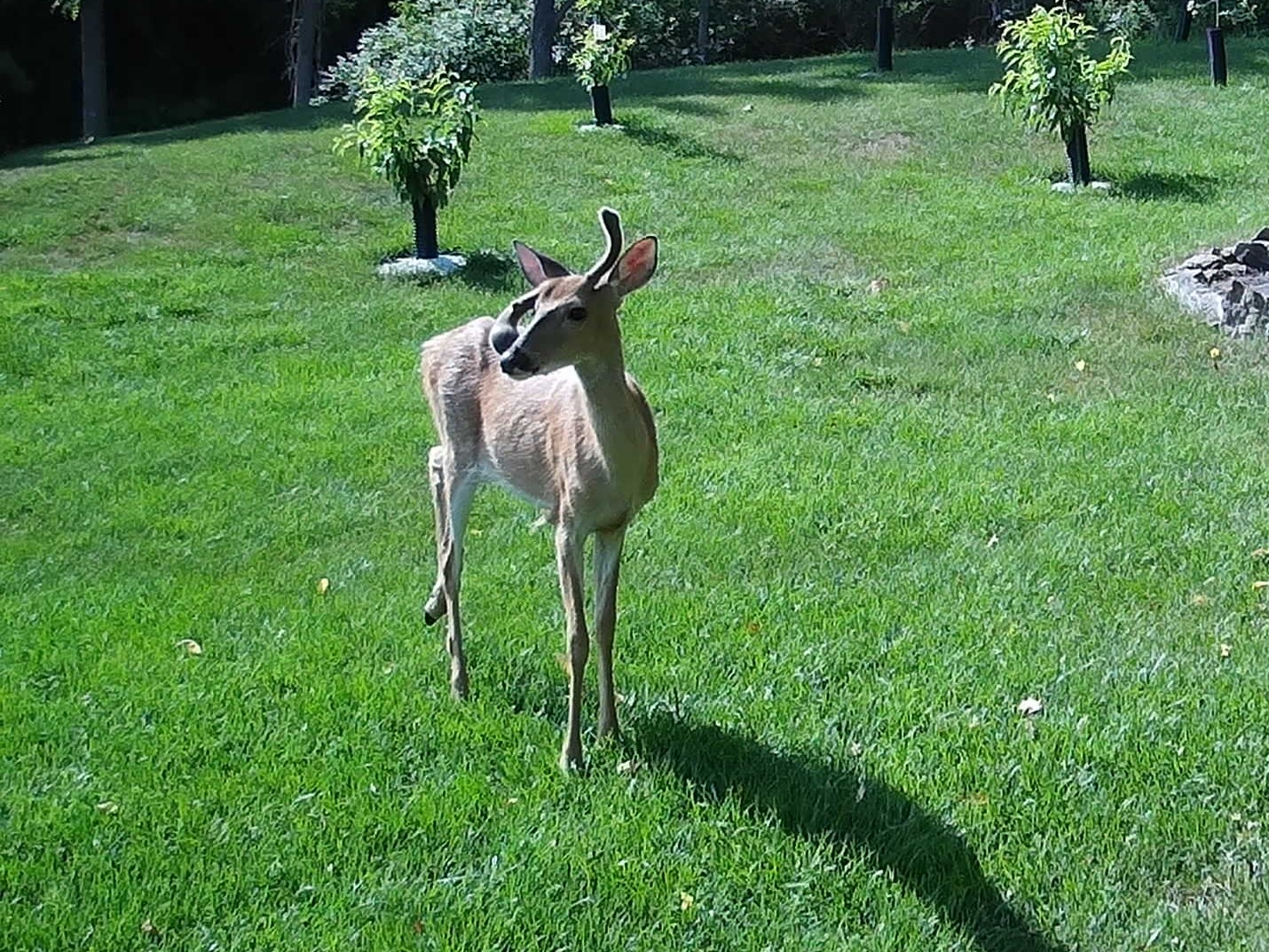 This week’s blog was written by Allie F., a Bucktails alumni. Allie is a high school sophomore who plans to pursue a career in medicine. She decided to attend the Wildlife Leadership Academy due to her interest in biology and nature. In her spare time she enjoys music, dance and hunting.

Recently, my family and I saw a buck in our backyard. We noticed, however, that one of its antlers stuck straight out in front of its eye. We first became aware of this buck after seeing a picture of it on our trail camera, and we have seen it a few more times since then. This made us wonder, what causes antlers to be misshapen?

The antlers of white-tailed deer are used to fight for dominance, as thermal radiators, and to communicate with each other using oil glands.

Deer antlers can be deformed for a variety of reasons. The deformity could be the result of genetics. The deer may have had an injury to the base of the antler which is called the pedicle. The injury could be caused by trauma to the skull, possibly from fighting or sparring with other deer. Injuries to the deer’s body can also cause the antler to grow abnormally. Researchers however are unsure about the reason for the stunted antler growth, as little research has been done on it.

My best guess for the cause of this abnormality would be skull trauma. Both antlers appear to be the same size, but one is growing in the wrong direction. However, it is difficult to determine the exact cause without a detailed necropsy.