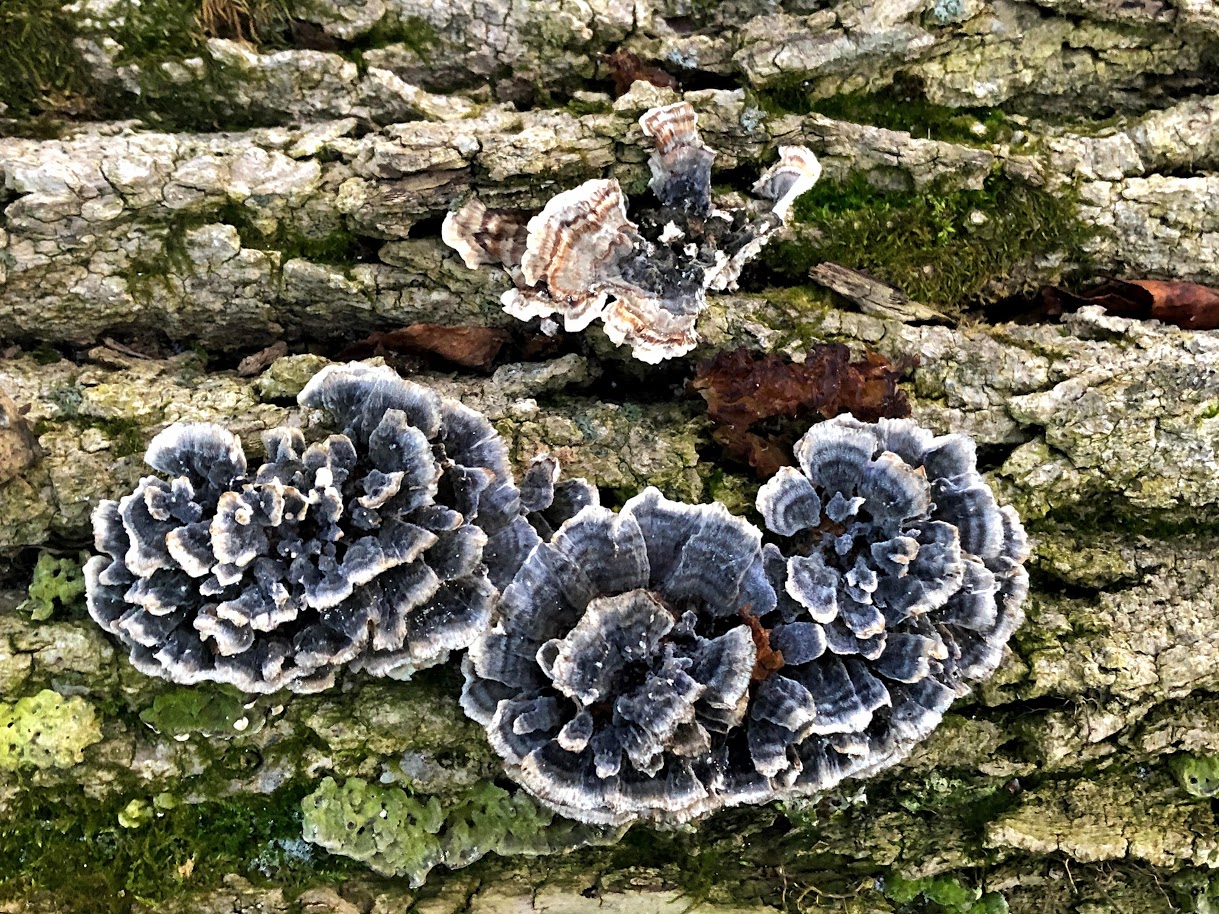 This week’s blog was written by Emma C., a Bucktails alumni. Emma is an avid student, ballet dancer, and nature lover. When not at dance or school, she enjoys hiking, photography, painting, watching musicals and movies, learning interesting histories, and especially reading. She is particularly interested in science at this time, advancing to the state science fair last year. She was extremely excited to attend the Academy because as she puts it, nature is her, “safe place” where she feels at home. Her favorite quote is by the brilliant scientist Rachel Carson, “One way to open your eyes is to ask yourself, ‘What if I had never seen this before? What if I knew I would never see it again?'”

I think people can often be put off from hiking during winter, but I personally love it. Although the cold can be biting, there is something noticeably serene, calming, and magical about nature at this time of year. It is as though everything is at rest, and you can just bask in the beauty before you. There is a common perception that there is nothing interesting to find or look at, but the fungi I observed during a wintery stroll proved otherwise. Just like hiking during the colder months, people do not usually seem to have the best opinion of fungi. However, the fungi I saw on my walk brought so much color and life to the woods and was in fact quite beautiful.

Upon further research, I learned that the fungi popping up along my hike are specifically called shelf or bracket fungus–scientifically, this group is known as polypores. Shelf fungus covers a diverse range of species with many colors, shapes, and textures. The fungus I observed was mostly blue, green, white, and purple with just a dash of orange to finish it off. Further, they can be found in unique shapes and configurations. For instance, I observed fungus on a stump formed in little circular patterns that appeared flower-like. However, later on I also saw a branch that had more of the classic individual brackets of fungus running down its side. This fungus usually grows on fallen trees, branches, or stumps, creating these brackets so that they can grow above ground. In addition to being found above the forest floor, they differ from mushrooms in that instead of gills they have pores that help to produce more fungal spores (thus their name polypores meaning many pores). They can be found across the face of North America, Asia, and Europe mostly in hardwood forests.

Shelf fungi are an integral part of the forest regeneration process. A parasitic species, they decay the wood of their host, until the infected tree eventually collapses. This process helps clear old, weakened trees that decompose and become important nutrients for the soil, and makes way for new trees to grow. This decomposition additionally recycles carbon, as the fungi breaks down the cellulose in the bark of the tree and returns the carbon back to the atmosphere. Shelf fungi are also a microhabitat in themselves, providing essential living spaces for many species including various birds, arthropods, small amphibians, insects, and mites.

Although these fungi play an essential role in their environments, to some they are pests. Their parasitic nature slowly destroys the bark of the tree over time. Although this is a natural process, sometimes these fungi can infect too many trees, and decompose more than is environmentally beneficial. This loss is also a big blow to the lumber industry and can cost millions to be lost in decaying wood. However, this damage may be in part due to human error. When the bark of a tree is breached, it leaves this tree open to infection by the fungi. This exposure can occur when people carve into trees, or through invasive species that burrow into the wood of trees. The fungus does the actual damage, but humans can exacerbate the problem.

Despite its potential detriment to the lumber industry, this fungus has been used to human advantage for many notable purposes. In terms of art, the fungus is often made into beads as it is a very durable substance. Due to this strength, the fungus is also used to make etchings, with people carving the spores down into different-sized pieces to create very intricate pictures. When it comes to improving human health, fungus has been used for centuries in herbal medicines. For instance, the species Piptoporus betulinus was found in the bag of a 5,300-year-old Ice Man mummy. Since it is often so tough, it is usually ground up to make tea, but some species are a bit more tender and when cooked can be directly eaten. The fungus is also sometimes used in traditional Asian medicines.

I will admit, I never paid much attention to this fungus before. Despite the fact that it is around all year long, my attention was always drawn to the bright flowers, large trees, and playful animals causing me to often overlook this interesting and vital part of the environment. It took the more subdued surroundings of the winter woods for my attention to finally be turned to the fungi. This experience has reminded me that beauty can be found where we least expect it. I think the more flashy elements of nature often catch our attention so that we neglect to notice the more demure parts, despite the fact that they are just as important and interconnected with the rest of the environment. Nature is so delicate, and one out-of-place component can topple the whole system. We must always remember to look closer and think deeper. The tiniest insect can contain multitudes within its thin body, and the simplest-looking plant can be the most interesting of all. I certainly would have never discovered my new winter flowers without doing a double-take, and I hope you will too.

The photos used in this blog belong to the author. The informational sources the author used can be found here, here, and here.

← Our Insects are Declining: The Concept of the Insect Effect
Nature’s Architects →