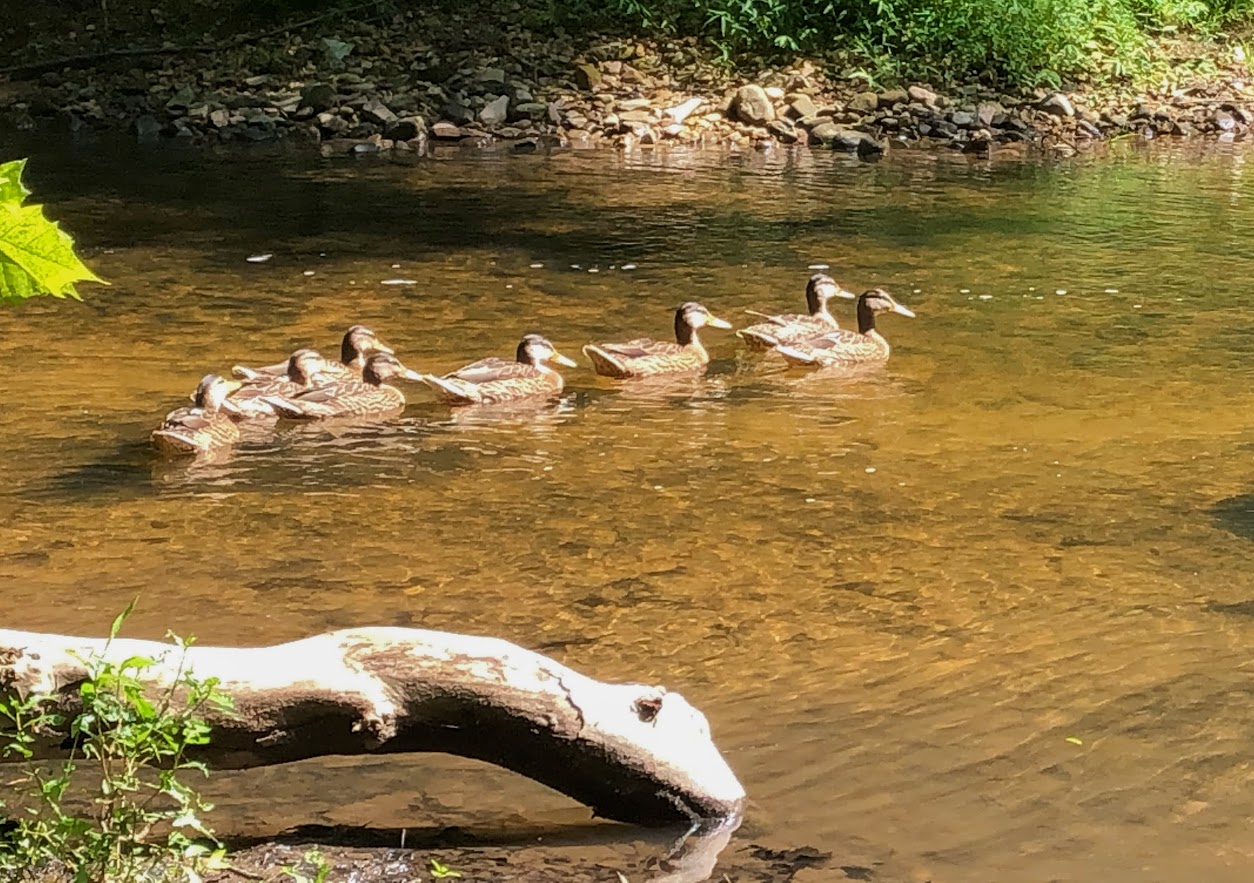 As springtime is once again upon us, it is more than fitting to talk about one of the most classic of springtime animals: ducks and their oh so adorable ducklings. Ducks have always been a favorite animal of mine, especially with the appeal of their seemingly tight-knit family units in comparison to some of the harsher realities of the natural world. We are probably all familiar with that classic image of a long line of ducks devotedly following their mother, but as I stared at one of these commonplace images, questions began to wrestle in my mind. Why do chicks hold so steadfast to directly following their mother’s lead? How do they so easily identify their mother and siblings, never confusing who they should follow? And as a more secondary curiosity, what is up with that straight line shape? Would a clustered group not be more efficient and safer?

As nature would have it, during the early days of a duckling’s life–a period of time known as the “sensitive period”–ducklings go through a process called imprinting. Young ducklings capture images of their mother and siblings, permanently solidifying these creatures as objects for the duck to follow. This process is very time-sensitive as the imprinting period only lasts about two days, and if a bond is not formed within this window no bond ever will. In the absence of a mother or siblings, ducklings will often imprint on other various moving objects such as humans, other animals, or even objects that on their own are inanimate such as balls. The only requirements for a duckling to imprint on an object seem to be that the object must display movement, as well as a distinct visual contrast from its surroundings. In recent years, new research has come to light showing that imprinting may be more complex than originally thought. Once imagined to be a solely visual process, it turns out young ducklings can also imprint on sounds, such as their mother’s call. It seems that the vibrancy of a duckling’s environment can also affect the process of imprinting. In one study, ducklings who had classical music played to them were able to imprint much faster and create stronger imprinting bonds than chicks who did not have this luxury.

In perhaps the most exciting discovery about a duckling’s ability to imprint, researchers have found that ducklings can “generalize” their imprinted images. Take a duckling who has imprinted on a red ball. When this same duckling is given the option to choose between following a blue cylinder and a red cylinder, they will choose the red cylinder as it is more similar to their imprinted image. This research shows that ducklings have inherent cognitive abilities concerning the concepts of “different” and “similar”, and evidence that they can conduct abstract thought. This prospect is very exciting for researchers who are starting to suspect that abstract thought is not the most exclusive human strength as was once thought and that in fact, many species might to an extent heavily engage in this activity.

So now that we understand why ducks so easily and consistently follow their mother, let’s discuss that straight line. As with most characteristics of animals, the shape seems to have developed as a survival tactic. To start off, the more experienced and cautious mother in front can easily identify threats and react quickly before any of her ducklings reach the threat. The following ducklings can then respond accordingly to their mother. Secondly, although it may seem safer to huddle in a group away from predators, the line can actually work better to ensure the safety of the most number of ducks. In a huddle, a predator can attack all the ducks at once, whereas in a line the predator must pick one target to focus on. This decision the predator must make will not only keep the entirety of the flock safer but might also discombobulate and confuse the incoming threat.

Animals are routinely mistaken for relatively simple creatures with uncomplicated feelings, ideas, and mental processes. However, as the complex phenomenon of imprinting displays, there is much more going on in their furry heads than we would imagine, which just goes to show you how inaccurate the phrase “bird-brained” really is.

← The Blossoming of Spring
Elk of Pennsylvania →