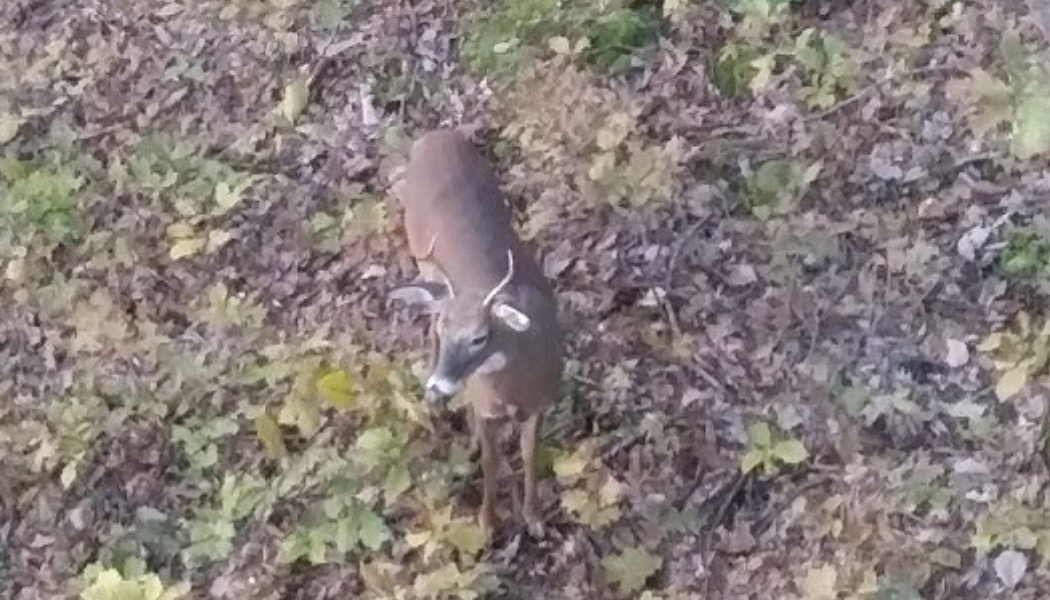 On The Hunt: Close Encounter

This weeks bonus blog post was written by Rosalie S., a Bucktails Alumni! She describes a special encounter with a woodland friend on her birthday.

It was a crisp October day with a fairly strong breeze blowing the changing leaves from their places on the treetops. The newly fallen leaves were quite crunchy underfoot and I struggled to remain quiet while making my way up the hillside to a productive spot on our property.

I had harvested a doe from the same tree earlier in the season and at that time, I was still holding a buck tag and a 2G doe tag-I filled my buck tag the last Saturday of the season. That day, October 30th, also happened to be my 15th birthday so I was hoping that such a special day may grant me a bit of luck.

October 30th tends to be the unofficial kickoff of the rut, otherwise known as the breeding season for deer. Around this time, hunters may finally start seeing mature bucks cruising certain areas in search of doe’s ready to breed. My designated tree was strategically chosen because of its placement between a feeding area and multiple bedding areas. Bucks in search of does would hop from bedding area to bedding area and hopefully, come right into my bow range.

All of this was playing over in my head as I made the crunchy, two-hundred yard uphill trek that I was so familiar with. The noise level of my walk was above what I would have liked it to be but I was hoping that the breeze would carry the noise away from the ears of prying deer. I had just noted this in my mind when suddenly I heard a disturbance in the leaves. My head snapped up just in time to see two large bodied deer crossing directly underneath the tree I had been planning to sit in not sixty yards away! I pulled up my binoculars quickly enough to make out antlers on one of the retreating deer but the other had already bounded out of sight. I stood silent for a few minutes, disappointed that I could have not been there earlier. I usually hunt after school everyday and unfortunately, sometimes I am not able to make it to my tree in time.

Despite the setback, I hurried the rest of the way up to my tree. About fifteen minutes later, I was settled into my climber stand and ready to start my hunt. Twenty minutes had past when I started to hear rattling in the leaves. I could not determine where the sound was coming from and the noise eventually stopped. I calmed down my beating heart and settled back down into my stand. Not more then a minute later, something caught my eye and a deer emerged from the small thicket behind me about forty yards away. My heart started to beat again but it slowed as I identified the deer as a small fork-horned buck. The little four point was not something I wanted to put my tag on, so I settled into my stand and tried to stay as still and quiet as I could. The buck fed around me downwind for about forty-five minutes and I was surprised that he did not catch my scent. I watched him scrape the ground and lazily rub a few scrawny saplings with his small antlers. Finally, he started to venture closer and closer to my tree until he was directly underneath me. By that time, I was so grateful to the deer for not winding me that I decided to give him a name. The first thing that came to my mind was ‘Chip’ and I decided the name suited him.

He wandered around my tree for another ten minutes or so before he trotted away. I didn’t see any other deer the rest of the night but I was okay with that. The close encounter with Chip was enough of a birthday present from mother nature. Since the night of the encounter, my family has seen Chip crossing the road at night. I have seen him twice from different treestands, and even a hunting friend saw him while walking around the state game lands behind our house. He has become quite the resident around our property and I hope he survives the rest of the season!

All images in this blog were taken by the author.