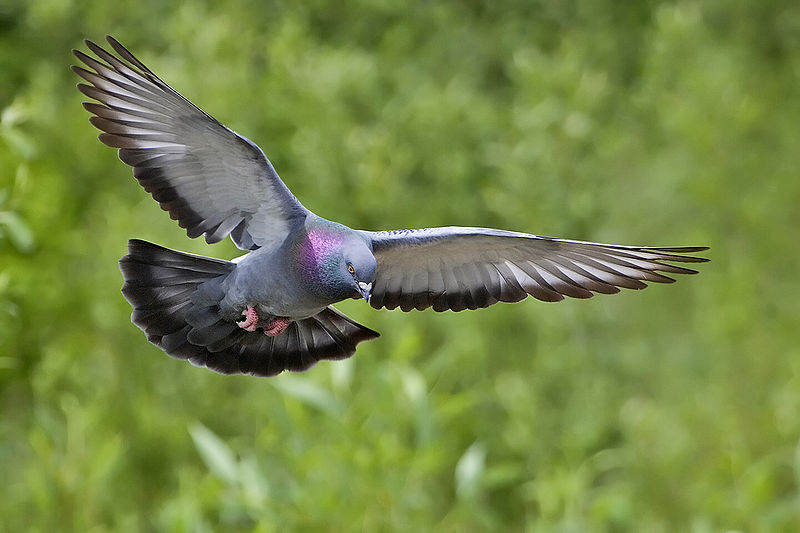 This week’s blog was written by Francesca R., a Drummers alumni. She writes about the reasons why pigeons are so much more than just dirty birds.

When my parents had just discovered that I was going to be a girl, they were delighted because they already had a son. Now to pick out a name, right? My father didn’t really have any ideas or better yet, knew my mother wanted to pick my name, so he would just say “that’s nice” or “not really.” My mother wanted my name to be Italian, like her, since our last name was Hispanic. She was watching television and happened to see the pope releasing a white dove. In Italian, a white dove is named Paloma, so she mentioned it to my dad and grandfather, who said that in Spanish, Paloma was a dirty bird -a pigeon. My mother gave up on that name, quickly thinking it would be a negative connection. Since hearing that story, I’ve been interested in learning about pigeons and their history.

The Columba livia (or the pigeon) inhabits mainly wherever humans are living. Actually, pigeons live mostly everywhere except Sahara Desert, Antarctica, and the high Arctic, according to the Pigeon Control Resource Centre. It is estimated that in Europe, the estimated population is about 17 to 28 million pigeons, surprisingly! The feral, or most common pigeon, eats mostly seeds, food dropped by humans, and fast food. Because this is not a very healthy diet for these birds in an already not to healthy environment (mostly cities), they become diseased. When predators, like the peregrine falcon, come to eat the birds, they can become infected, as well. With this in mind, one way we can fix this is by choosing not to litter and adequately throw away any of our waste products in the trash where birds cannot reach it. This quick and easy solution may be able to keep many birds from becoming ill in cities and towns all over the world.

Speaking about pigeons all over the earth, have you ever thought about training your pet bird how to tell the difference between Claude Monet and Pablo Picasso paintings? Probably not, but scientists, Shigeru Watanabe, Junko Sakamoto and Masumi Wakita from Keio University in Japan decided that it might just be worth their time. In 1995, they published a paper in the Journal of the Experimental Analysis of Behaviour that explained how they trained eight pigeons to participate and master something many humans struggle to do. As one might know, birds have much better eyesight than humans, as many studies reveal. Once trained with the “correct and food” method, these birds were able to see the contrast between these two painters.

Overall, pigeons are more than merely dirty birds, they can inspire change in the way we think about something so familiar we do not really notice all too much. As a society that sees something that we don’t understand as dirty, we must open our eyes to the possibility of something beautiful in a common bird.

The photo used in this blog was sourced from the Creative Commons. You can view the featured photo by clicking here.

← January Student of the Month – Sinclaire O.
Fishing and Friends: A Look at the Skills and Relationships the Wildlife Leadership Academy Fosters →