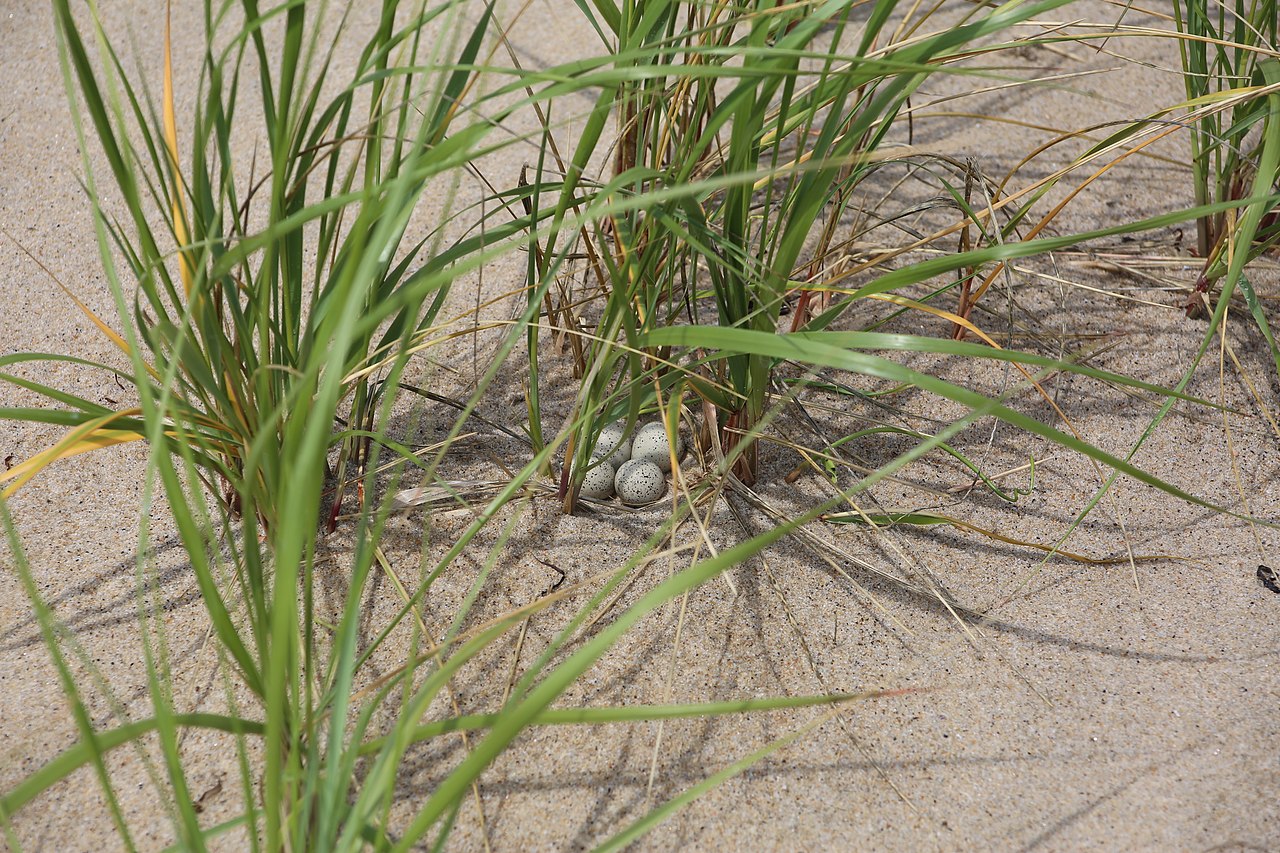 Piping plovers are small and stocky in appearance, with a sand-colored upper body, which helps them to blend into their beach habitats. These adorable shorebirds also have a white belly, orange legs, a black ring around their necks, a black band on their foreheads, and an orange bill. From a distance, they might somewhat resemble a seagull as you wander along the coast of Lake Erie, but with a closer look at the piping plover, it is revealed that they are birds worth recognizing and protecting.

These amazing birds live on wide, flat, open, sandy beaches with very little vegetation and easy access to insects, spiders, and crustaceans, making Presque Isle State Park beaches a wonderful place for them to exist so long as visitors to the park respect piping plover habitats and enjoy them from afar. Their nesting territories tend to include small creeks or wetlands. Their nests are shallow and lined with pebbles and broken shells for protection. Females will lay four eggs and both parents help to care for the eggs and chicks once they’ve hatched. Predatory animals and humans are the greatest threats to these nesting areas, especially with humans encroaching on piping plover safe spots.

Throughout the year, piping plovers migrate according to the seasons. In the spring and summer, plovers breed in Canada and the northern United States. Again, parts of the Pennsylvania coastline surrounding Lake Erie provides a perfect habitat for successful nesting. They also nest on the shores of the other Great Lakes, as well as the shores and rivers in the Northern Great Plains, and along the Atlantic Coast. Over the years, these nesting areas have been dwindling, especially in the Great Lakes area, disrupting population balance. In the autumn, piping plovers migrate south, and in the winter, along the Gulf Coast or other Southern locations in order to stay warm enough until the next breeding season. Conservationists are concerned about the loss of population and habitat of the piping plover, with the Air Force recently even Vandenberg Air Force Base restricting access to areas in order to protect the Western Snowy Plover. Various other initiatives have been established to recruit well-trained volunteers to monitor plovers and help wildlife specialists restore habitats and collect information to help them come up with plans to take care of these special birds.

For me, when I walk along the beach at Presque Isle State Park and see a piping plover, I cannot stop staring because they are so beautiful and gentle. Understanding how to better protect them so they can enjoy the beaches as much as we do is vital to their future existence.

I would like to thank Mister John Laskos, a really great Environmental Education Specialist at the Tom Ridge Environmental Center for helping me learn more about the piping plover.

One of the photos used in this blog was sourced from the internet! It can be found here. The remaining photos belong to the author.

← Help Stop the Spread of Invasive Species
The Forgotten Fish →