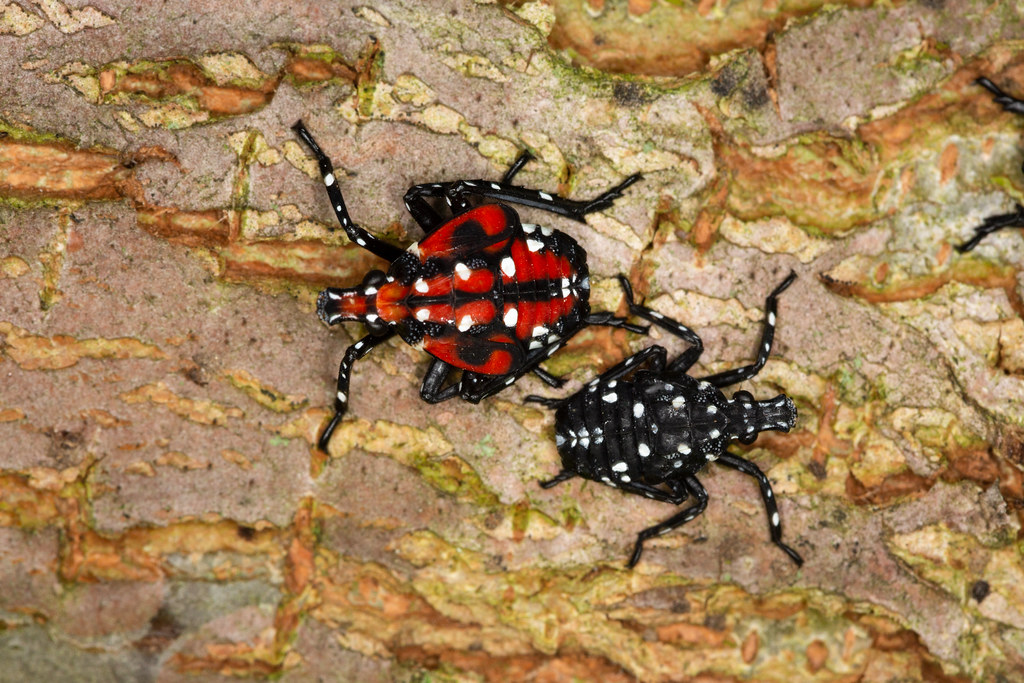 This week’s blog was written by Sierra R., a Bass alumni. She attended the Wildlife Leadership Academy this summer because it looked like a good opportunity to further her education and to give her a deeper look into different career fields. Sierra’s hobbies include hiking, nature journaling, Girl Scouts, and theater.

With covid-19, we have all heard the saying “Stop the spread”, but this blog post isn’t about coronavirus; it’s about invasive species (specifically invasive plant and insect species). Invasive or exotic species often take over the new habitats they are in due to a lack of natural predators. They can disrupt and push out native species and cause problems in infrastructure, agriculture, and other industries. The U.S Fish and Wildlife Service estimated that the United States spends 120 billion on invasive species each year. There are many ways in which we contribute to spreading invasive plants and animals. As well as many ways we can help prevent further damage.

Invasive plants have a long history. Invasive plants were first brought in by settlers, either by accident or on purpose. Much later, people began buying exotic plants from Asia to brighten lawns and gardens. Today invasives are still part of many house landscapes. The majority of people are unaware that their lawn bushes may be invasive due to their widespread use in commercial landscaping. Besides using them in our front yards, humans contribute to spreading invasive species through seed transportation. Plant seeds are masters at hitching rides on our gear, shoes, and vehicles (trucks, cars, four-wheelers, and dirt bikes).

Clean your gear. This preventative measure is simple but effective. Whenever you go for a hike, be sure to wash your shoes and clothes afterward. Four-wheelers and dirt bikes should also be cleaned regularly as any dirt stuck in the tires make a perfect harbor for seeds. Another good idea is to wash your car before and after camping trips. (preferably before you leave town and once more shortly after you check out of your campsite.)

A perfect example of what can happen when you don’t clean off your gear is demonstrated by the rise of Pseudogymnoascus destructans, the fungus that causes white-nose syndrome in cave bats. Although not an invasive plant, this novel fungus proved to be detrimental to our environment. many professionals speculate the fungus was introduced to America in 2006 when spelunkers from Europe entered a cave in North America without cleaning their gear between trips. Since then, it has decimated bat cave species. In some cave studies, researchers found white-nose syndrome can have mortality rates as high as 99 percent. Building bat boxes like the ones on this site can help bats recover during the summer months.

Another way to help with invasives is to remove invasive landscaping plants. Although removing some larger invasives can be a tricky endeavor as many invasives can regrow themselves from root fragments deep in the ground, sometimes spreading even more afterward. Using herbicides is often necessary when removing invasive landscaping plants, so it is best to do more research specific to your plant before tackling this issue. Other invasive plants like mustard garlic can be effectively removed by pulling them every year in early spring. Another way to help is to promote the use of native landscaping plants in your community. Be sure to buy them from local sources. You shouldn’t harvest them from the woods, as this disrupts native plant populations.

Invasive bugs have recently made headlines as they ruin forestry industries and agriculture. The most prevalent probably being the spotted lanternfly, but there are many more like the hemlock wooly adelgid and the Asian long-horned beetle. There are simple solutions to help deter the spread of invasive bugs, like keeping firewood within your county line. There are other ways we can help as well. For example, this circle trap for the spotted lanternfly invented by teenager Rachel Berkeley is not only groundbreaking (each trap killing around 600 bugs in two weeks) but easy and cost effective.

Here is a local news section on her invention:

Here is a tutorial to make one similar to Rachels:

This blog is only a short preview of invasives and ways to help. I highly recommend checking out other sources as well, starting with your state’s DCNR page for invasive species. Invasive species can wreak havoc on our local ecosystems, but together we can prevent further damage by taking simple steps.