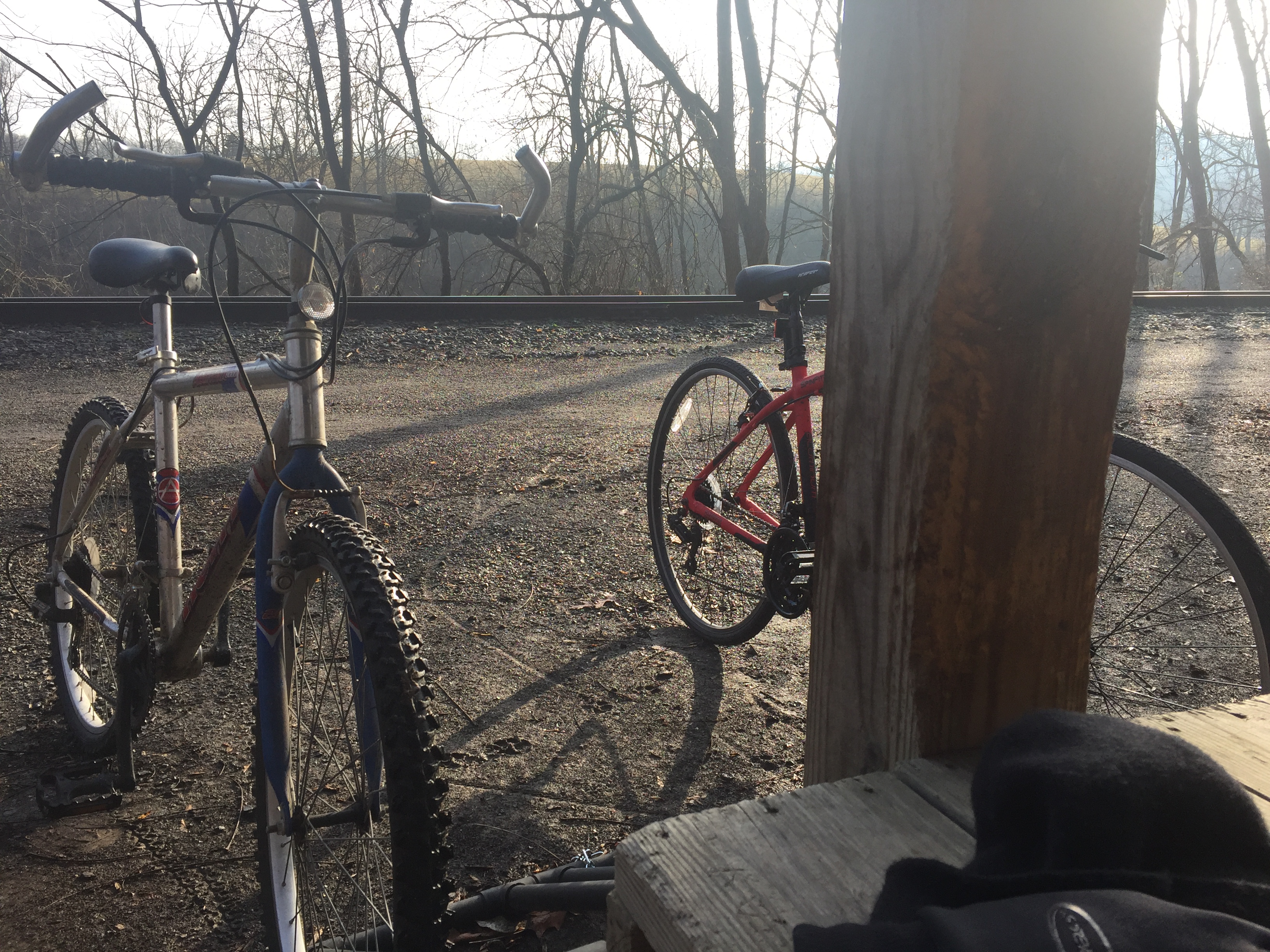 Rides on the Rail Trail

This week’s blog is written by Nathan C. a new monthly blog correspondent and Drummers alumni.  He shares his experiences and memories of one of his favorites places to ride his bike – and how his perspective has changed about his favored recreational spot!

Opened to the public in 1992, the York County Heritage Rail Trail contains 176 acres of land and boasts a 21 mile long gravel trail that follows an active railway. The trail starts in York City. From there the trail meanders along Codorus Creek until it exits the city where it then breaks off from the creek and begins to cut through the countryside. The trail ends at the Maryland State Line where the 20 mile long Torrey C. Brown Trail begins.

The York County Heritage Rail Trail has been part of my life for years. Indeed my earliest memories are speckled with bike rides along the rail trail with my mother or brother. One such memory includes me wanting to ramp my bike off of a random rock in the middle of the trail, until 2 seconds before projected impact it became apparent that the lump on the trail was not actually a rock rather a large turtle. Don’t worry, I swerved out of the way just in time. Allowing the turtle to scuttle back into the brush alongside the trail. To this day I still love being on the rail trail with friends and family. Whether it be biking, running, horseback riding or simply walking, there is always some fun to be had on the rail trail. However until recently I thought the rail trail was just that, a place to have fun. Then I went to the Wildlife Leadership Academy.

After my time at the Wildlife Leadership Academy, I had a renewed sense of appreciation for this trail. This is because I realized that it could be used as a tool to get others interested in the preservation of the natural world. Since that realization I have taken some of my city friends out onto the trail where we engage with the nature around us. I’ve shown them small waterfalls, wide open fields, dense thicket, healthy forests, wild turkey and deer. While also showing them polluted creeks, endangered Great Egrets and habitats filled with invasive species that choke out most native animal and plant life. By the end of our outdoor excursions my friends who previously did not really care about nature or conservation usually end up appreciating both.

Funny how those who care so little about the natural world are more often than not the same people who have never experienced it. Which is why I see it as completely necessary to take into the wild some friends who are not, for lack of a better word, outdoorsy. It does not take long for someone alien to raw nature to begin to admire it, and with admiration soon follows respect. I won’t pretend that I’m currently making even a dent into the population of those who are indifferent towards the well being of Earth. But I do know that every time I convince someone to care about the natural world, it is a small victory. And small victories add up over time.