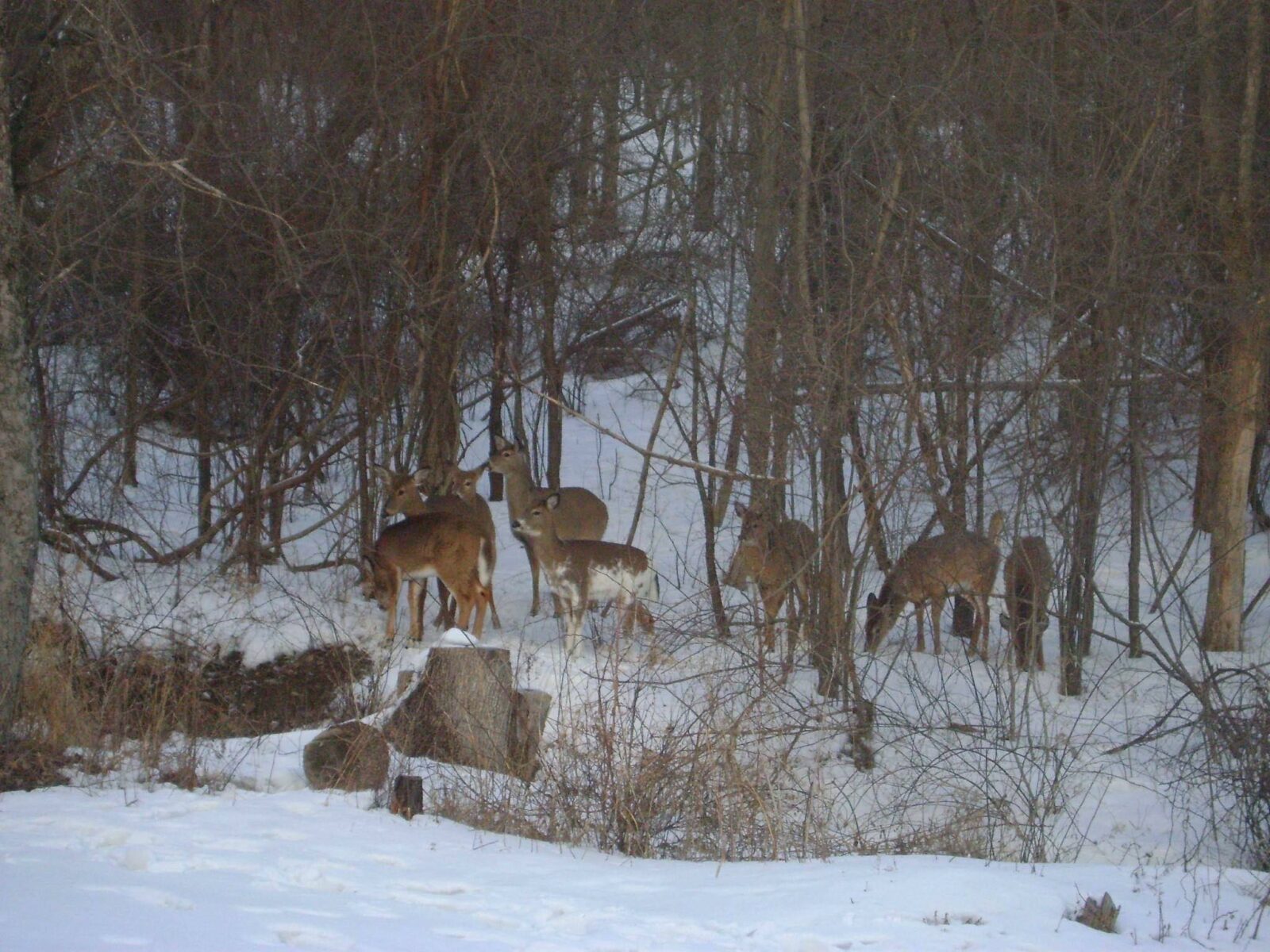 This week’s blog was written by Allie F., a Bucktails alumni. Allie is a high school sophomore who plans to pursue a career in medicine. She decided to attend the Wildlife Leadership Academy due to her interest in biology and nature. In her spare time, she enjoys music, dance, and hunting.

Since living in Pennsylvania, my family and I have seen quite a few piebald deer. When I was younger, I never knew why they had white on them, generally on their hind legs and back. I affectionately referred to them as “white-butts.” Now, however, I realize that it is part of their genetics, and this pattern is known as a piebald deer.

A piebald deer’s unique coloring comes from a genetic defect, rather than a parasite or disease. The white varies from covering only a portion of the body to almost covering the entire body. While the deer may seem healthy otherwise, piebald deer can have many other health problems that can lead to difficult survival. They may have a bowing nose, short legs, scoliosis, and even organ deformities.

Piebald deer are exceedingly rare to spot, as they make up less than 1% of the deer population. While many hunters may want to harvest this rare sighting, it is important to make sure that it is legal. Depending on the state, deer with a certain amount of white on them may be illegal to hunt. Other people claim that they do not want to harvest piebald deer to try to protect their population. However, with the many defects that piebald deer have, it is shown that it is more helpful to harvest them so that they do not pass on their deformities to future generations. Many others are also superstitious about these deer, saying that if you kill a piebald deer, you may have bad luck in future hunts, or will even bring you death in a year.

Now that I have researched these interesting deer, I have realized how rare they really are in the wild. I think that it is interesting that we have not just seen one, but multiple, occurrences of these unique animals so close to my neighborhood.