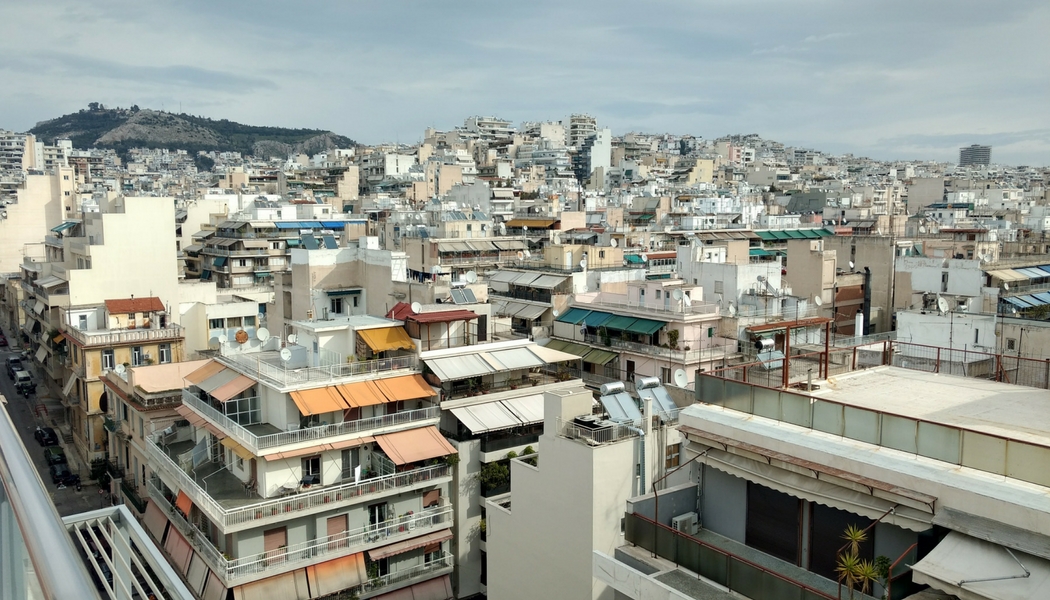 The Birds, Cats, and Air of Athens, Greece

Monthly Blog Correspondent, Zara M, a Drummers alumni, traveled to Greece at the beginning of the year. Her passion for bird watching was not squandered as she came across several birds she had not seen before. At the same time, Zara came upon realizations about Greece’s air quality and the culture of the feral cat population.

I had a couple of ideas in mind for this month’s blog post, and then I found out I was going on a last minute, weekend trip to Athens, Greece. I know that sounds insane, but that’s the life of a fencer for you! So now that I’m home, I scratched my other ideas and decided to dedicate this post to some of my thoughts from Athens. First, I’m sure you know by now that I am very passionate about birds and bird watching. So, every time I go to a new country I am excited to see the birds. I had very little time to officially dedicate to bird watching, but I stayed on the lookout during the trip. Upon landing at the Athens airport, I was immediately welcomed by a flock of white fronted geese. Within the first hour of my trip I had added a life bird to my list!

The rest of the birds I saw were at the Akropolis, the ancient ruins of Athens. The most abundant species was the Eurasian magpie. I had seen this bird on a previous trip to Italy, but since I never see magpies on the east coast of America, I am always geeked to see one. The locals were looking at me like I was insane for oohing and aahing over the magpies, however, because they are viewed as nuisance birds by them. I don’t know how a bird so stunningly beautiful could be considered a nuisance. I also saw a white wagtail and a European robin, both of which were new species for me. The wagtail was a striking black, white and grey bird and upon watching it, I quickly learned how it received its name. With every step, the bird’s long tail bobbed up and down, and it appeared as if it was wagging. The European robin was a delightful surprise because of its color. It is an adorable, greyish brown bird with an orangey-red throat. It was much smaller than the American robin.

Another observation I made during the weekend is a pretty funny: Athens is covered in cats! I don’t know why there are so many feral cats there, but they are everywhere. The great thing about them is, unlike American feral cats, they aren’t mangy and scary looking. They are so cute and look as well cared for as house cats. I noticed that a lot of people put food out in the alleys for the cats to eat, and it made me happy to know that they were being fed. I was highly amused while I was shopping for souvenirs and came across multiple mugs that boasted of ‘The Cats of Athens.’ I guess I wasn’t the only one to be struck by them!

Throughout the weekend, I noticed that I was frequently commenting on the quality of the air. No matter where I was in the city, the air felt grimy. The biggest contributor to this is the fact that smoking is allowed everywhere in Athens. In restaurants, hotel rooms, taxis, etc. Along with that, I’m not sure if they use more diesel vehicles, or if emission control is less stringent there, but either way, the smell of “traffic” was always present. It made me happy when I realized just how clean America’s air is compared to other places. I even spend a lot of time in New York City, and of course there are times I can smell gas or cigarette smoke, but that is the exception; most of the time the air feels clean.

Clean air is, of course, a huge aspect of conservation. It was great to realize just how far we’ve come in America. I feel that sometimes we get so bogged down in the ways we can still make our environment better that we forget to take a step back and appreciate our progress.

Overall my trip to Athens was incredible. Although the air quality was annoying, it didn’t hinder me from having an amazing trip. The ancient ruins were mind-boggling. It was awe inspiring to be standing mere feet away from 2,500 year old buildings. I loved seeing new birds and I added three new species to my life list. And of course, I adored the cats!