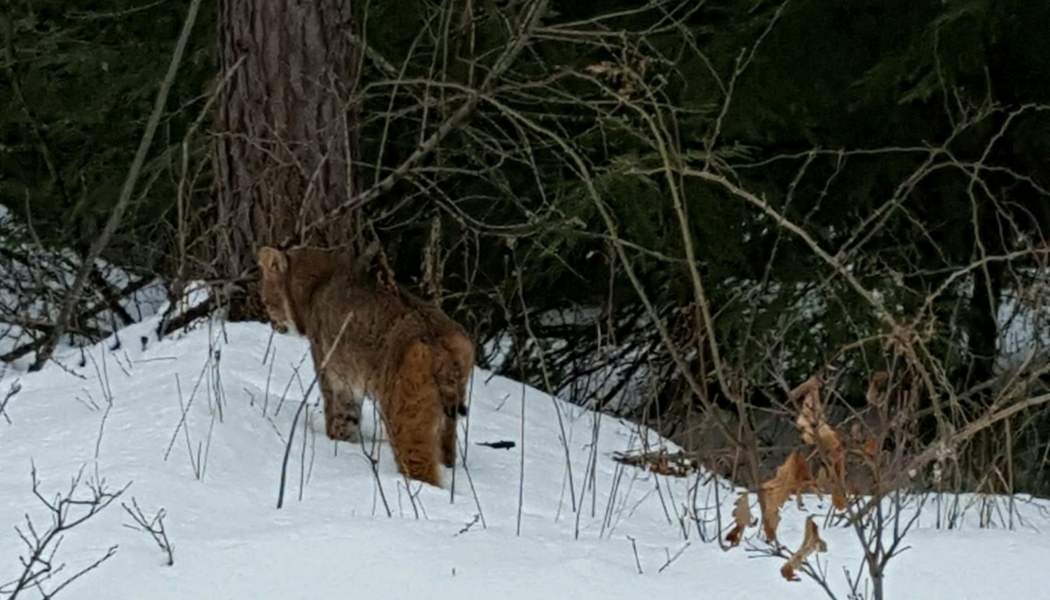 This blog post is written by Monthly Blog Correspondent, Lakin P, a Ursids alumni. She focuses on the North American Bobcat and its physical features, while also explaining the food habits the bobcat has.

Bobcats are located in North America. They are found in Central Mexico all the way to Southern California. They live in forest areas, semi deserts, urban areas, and swamp lands. They have gray to brown fur, with a whiskered face and black-tufted ears. Their coats resemble the region they live in, similar to camouflage.

A Bobcat’s tracks have four toes each without claw marks, because they​ have retractable claws. The claws are about two to eight centimeters long. When trotting, the paws are spaced roughly twenty to forty six centimeters. When running the paws are about one to three meters apart.

Bobcats can survive long periods without food, but when they do eat, they eat a lot of food. They ambush their prey by pouncing on it. They mainly prey on mammals one and a half to twelve and a half pounds. They eat animals of all different sizes. Some small animals they prey on are rodents, birds, fish, and insects. The larger animals they feast on are fishers, foxes and skunks.

← The Birds, Cats, and Air of Athens, Greece
September Student of the Month – Kaden R. →