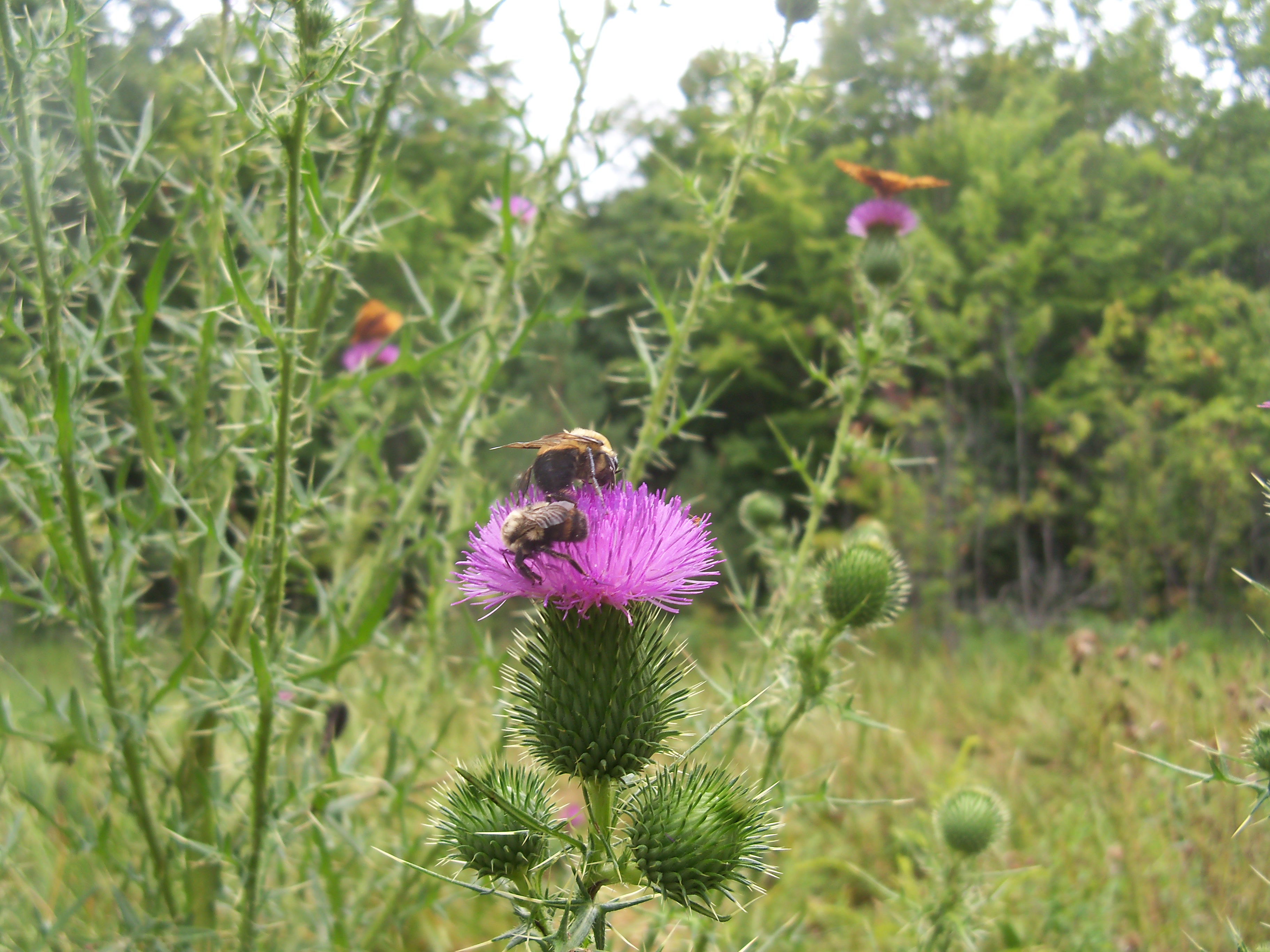 The Buzz on Bees

This week’s blog post is written by Nathan C., a Drummer’s alumni and monthly blog correspondent. He writes about how important bees are to our ecosystem even though they can sometimes be aggressive towards people.

Nearly everyone has experienced it. The sharp surge of pain on an exposed patch of skin. Soon followed by confusion until you lay your eyes on a puncture wound, which usually becomes inflamed and very bothersome. You’ve been stung by a bee. Understandably, at that moment you might not feel a whole lot of gratitude for bees. Yet they play extraordinarily important roles in both our global economy and in the ecosystems of the world.

The sheer quantity of bee species in the world is astounding by itself. The most current census, which was performed by the American Museum of Natural History, places the total number of bee species in the world at 19,200. There are many interesting species. Some, such as the giant Himalayan bumble bee (Apis dorsata), can produce hallucinogenic honey. Others, like the Africanized bee (Apis mellifera), can be very aggressive and occasionally lethal. However, the most useful bees by far are bumble bees and honey bees.

Bumble bees are well-known and admired by many, mostly due to their docile nature. Bumble bees are great pollinators. Annually they contribute 4 billion dollars to the national economy through their pollination efforts. Bumble bees are especially effective at pollinating peas, beans, tomatoes, cranberries, strawberries, and many wildflowers. They have been reported to perform better at their pollination tasks when their hives are in the wild rather than on a bee farm. Bumble bees typically create hives underground, in tufts of dense grass, or even in abandoned birdhouses. And, contrary to popular belief bumble bees are not doomed to die when they sting something, as their stingers are not barbed. However, the same cannot be said about their close relatives, honey bees.

Though honey bees can be aggressive, they are still valuable as they can produce honey and pollinate. In fact 15 billion dollars worth of commercial crops are able to be grown due to honey bee pollination.  Honey bees also produce more honey than any other insect in the world. They are however very susceptible to Colony Collapse Disorder. Nearly one third of all the honey bee beehives from the summer of 2016 (June-September) died in the winter of 2016-17 (December-March). This is not a new trend. In 1947, there were 3 million honey bee beehive colonies. In 1990, two and a half million honey bee beehives remained in the US. Currently in 2017, there is only about one million left. The drastic decline of honey bee populations is mostly credited to Colony Collapse Disorder. Bee populations as a whole are declining too.

Bees are fascinating creatures. They help us put food on our plates and produce honey. But these creatures need our help. Their numbers are decreasing rapidly and they appear to need all the support they can get. So if you, the reader, feel a slight obligation to protect the natural world or just want to help the bees. Try planting a bee friendly garden or install a small artificial hive in your backyard. After all, bees only really help us. Unless you get to close, then they might give you a sting.

← Floating in the Sky
The Northern Cardinal →