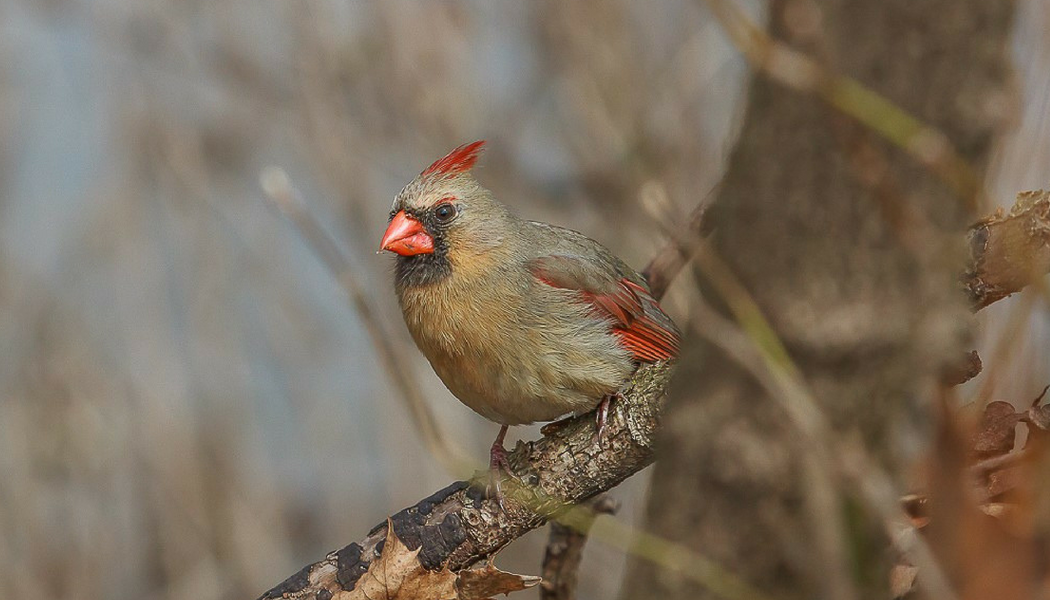 This week’s blog is written by Mia J., a Drummers alumni and monthly blog correspondent. She writes about the habitat conditions for the Northern Cardinal, and how to distinguish the difference between males and females. 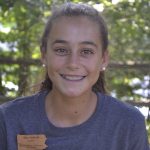 I have always found cardinals as very interesting and beautiful birds so on the rare occasions that I see a bright flash of crimson fly through the trees, I tend to get very excited. Although Northern Cardinals are common in Pennsylvania, not many travel through my yard due to the lack of habitat. Because of my fondness for these birds, I decided to research them to learn more about the species and their behaviors.

Northern Cardinals tend to be found in a variety of semi-open habitats in the East, brushy woodland edges, thickets, shrubbery, or even in backyards and parks. These birds started out in the Southeast but soon spread North as far as southeastern Canada.

The diet of these species is varied between berries, seeds, leaf buds, flowers, and even insects such as beetles, grasshoppers, ants, and more. The young are mostly fed insects as the protein is a need for growth.

Cardinals are monogamous, meaning one male mates with one female, though each breeding season a new mate is usually chosen. Therefore, in early spring, breeding pairs are formed by the male cardinals using a mating call to attract a female. Their bright crimson feathers and crest also help charm the female cardinals in choosing them as their mates. Once this occurs, the male follows by feeding his mate in order to prove he will be a good provider for their young.

Twice a year, female cardinals raise broods. The first begins in March and the second begins in late May or early July. The two mates tend to choose and build a nesting habitat together; the male in charge of collecting twigs, grasses, leaves, and bark, and the female building the nest in the small branches of a sapling or shrub. The female lays about an average clutch size of 2-5 eggs, incubates them for 11-13 days, and then nests them for 7-13 days.

How to tell apart males and females:

There are many obvious differences in the appearance of male and female cardinals as seen below. The most evident distinctions are the red feathers of the male and the pale brown of a female. The male also has a prominent black mask and throat while the female has reddish tinges in the wings, crest, and tail feathers.

← The Buzz on Bees
Falconry: The Ancient Sport →