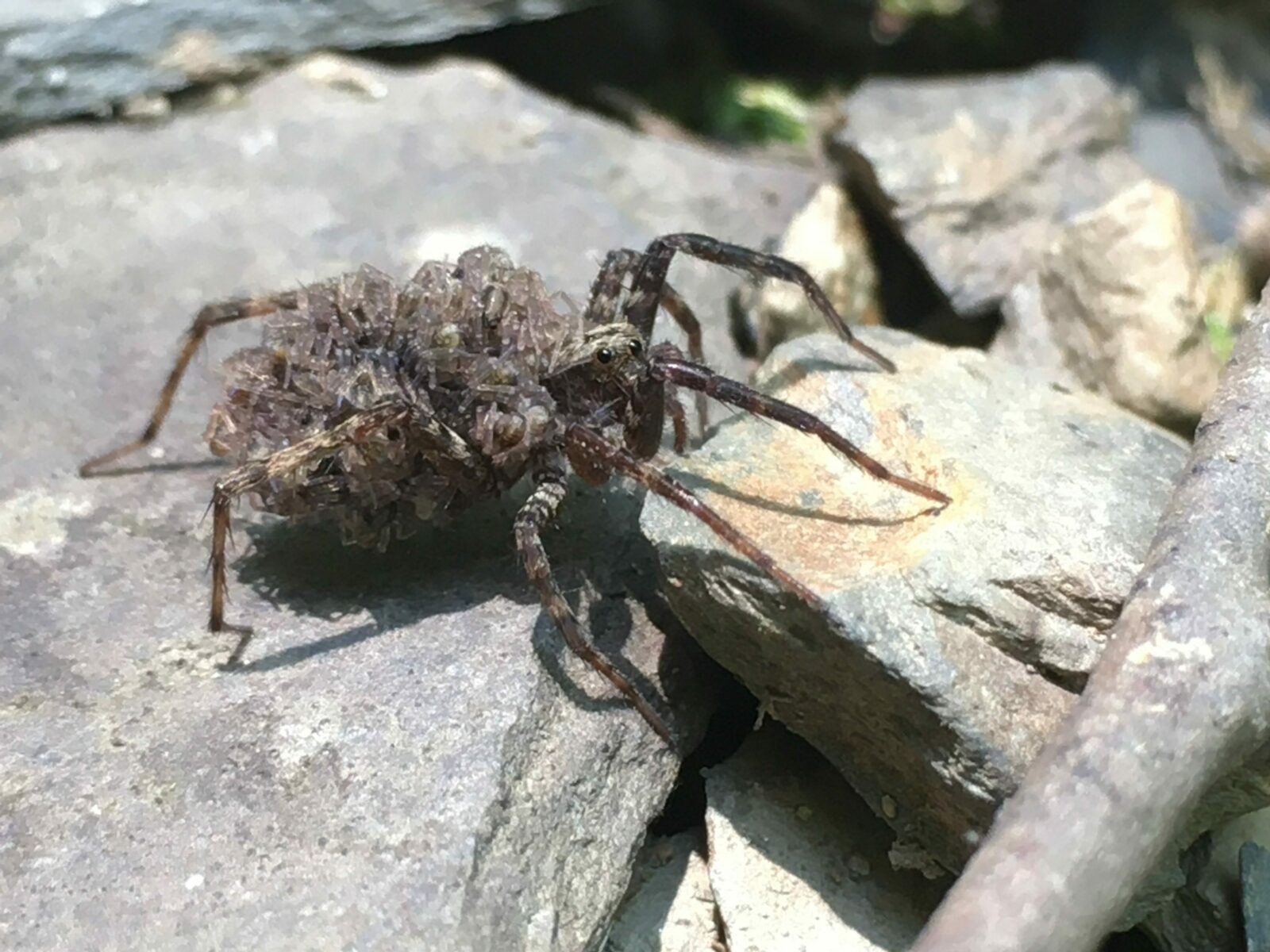 One day during a walk on a trail in the woods, I decided to check out some rock piles on the side of the path. After a few minutes of rummaging over the top layer of rocks in hopes of finding a fossil, I turned over a rock and found the weirdest looking spider I had ever seen. At first, I was perplexed at what I saw. I thought it was a very messed up wolf spider, with some sort of parasite-army emerging from its belly. But when I looked closer, I realized there were what seemed to be tiny baby spiders, otherwise known as spiderlings, attached to its body. I snapped a close-up picture with my phone and continued on my way.

When I got home and did some research, I uncovered the truly fascinating motherhood of wolf spiders. Female wolf spiders begin maternal care in the spring before their babies are even hatched. Instead of laying their egg sac in a hiding place, wolf spiders keep their egg sac attached to their backside on their spinnerets. This allows them to keep watch of their eggs while they are moving around and hunting their food. When it is time for the egg sacs to hatch in the summer, the mother will open up the sac and assist the spiderlings in their hatching process. Once the spiderlings are out of the sac, they attach themselves to their mother’s abdomen. The babies will stay on their mother’s back for about two weeks until they are ready to leave. During that time, they get a “front-row seat” of their mother’s day-to-day life. If you are wondering about the male wolf spider, It turns out that they do not have any play in raising the young. They either move on to mate again with another female or are eaten shortly after mating.

Typically male wolf spiders only live for about a year. In Comparison, females live for several years. I must admit that up until I found my mama wolf spider, I was under the false impression that all spiders died shortly after laying their egg sacs (a la Charlotte’s Web). Although some spiders tend to leave their babies to fend for themselves, there are, indeed, active mothers in the spider world. It was very eye-opening to see arachnid motherhood in the process.

One of the photos used in this blog belongs to the author. The other photo was sourced from the internet and can be found here.