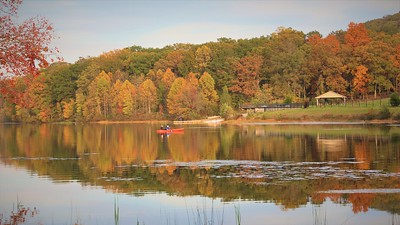 The Threat of the Round Goby in Pennsylvania’s French Creek

This week’s blog was written by Emma O., a Drummers alumni. She shares how the round goby is affecting native ecosystems in Pennsylvania.

A truly beautiful fish, the round goby displays a smooth gray color that is mottled with patches of brown, black, and a splash of green. Though elegant in its physical characteristics, this fish has come to be treacherous in the Commonwealth’s waterways.

The impact of this invasive species includes the fish’s preference for consuming native aquatic species, such as darters, sculpins, and mussels. Additionally, the round goby maintains the unique adaptation of having a well-developed sensory system, allowing the fish to hunt in complete darkness; thus, the fish easily outcompetes native species if they are pursuing the same food sources.

Along with these nuisances, the round goby competes with native species for spawning sites, often aggressively chasing fish from prime habitat. With such environmental impacts, the round goby has also negatively affected the nation’s economy. For example, many productive lakes have been forced to close during peak angling season due to the high threat of the fish, causing a striking reduction in profit for such businesses. The fish has recently taken over French Creek–a tributary of the Allegheny River in Northwestern Pennsylvania–wreaking havoc on the native species’ ecosystem. For reference, French Creek is considered one of the most biologically diverse aquatic ecosystems in the nation, cradling around 19 threatened and endangered species. Specifically, according to the Pennsylvania State University’s research, the round goby targets multiple species of endangered mussels within French Creek–the only habitat in which they have previously been able to survive.

With ecologists, field biologists, and anglers alike quite concerned over what seems to be an invasion, the Pennsylvania Fish and Boat Commission has recently petitioned to enact a $150 fine with each round goby found in a bait shop’s retail tank. The process for such reform, however, is slow, so Pennsylvanians should take precautions against invasive species such as cleaning their boating equipment, changing their ballast water, and removing pests from their clothing and/or pets.

The photos used in this blog were sourced from the Creative Commons on the internet. You can find them here, here, and here.